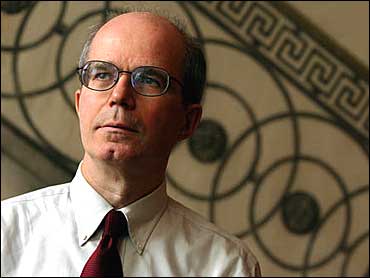 After all, the Web is full of sites with product details and price comparisons that shed light on purchasing the previously inscrutable: mortgages, cars, insurance, airline tickets and the like. Priceline and eBay let us proclaim the prices we want to pay.

But there's a darker side to the equation.

The Internet also gives sellers of everything from asparagus to Zippo lighters more information about us than ever before — how many Zippos we buy and when, perhaps even how many we can afford.

Eventually, you and I might get the same pop-up ad for the same Zippos, but yours pitches them for $15 while mine says they're $10.

That is known as price discrimination, and it's not necessarily bad. Economists say it can make producers more efficient and promote competition.

But price discrimination also has a pernicious side. And even in an uncertain future one thing is sure: Consumers will hate it.

This vision of the Internet is the basis of a new analysis from Andrew Odlyzko, a former Bell Labs mathematician now at the University of Minnesota's Digital Technology Center.

Odlyzko expects price discrimination to become more pervasive not only because of all the personal data collected and generated in online commerce, but also with the rise of "digital rights management," which limits what people can do with online content in the name of protecting copyrights.

"It makes the economy much less transparent, which goes completely against the basic assumptions people have been making, namely that with the Internet, everything would be out in the open," Odlyzko (pronounced "Ode-LIS-koe") said in an interview. "What you might have is just the opposite."

Say an airline has 10 seats left on a flight and needs $4,000 in revenue to make the trip profitable. If the airline charges $400 for each seat, that might not tempt enough people to bring about a moneymaking sellout.

However, if the airline finds two business travelers willing to pay $1,200 per seat, it can charge average Joes a more enticing $200 for the other eight tickets, raising the chances of a full flight.

So it's natural for many kinds of companies to try to vary their prices to suit certain times, places or buyers. That's why gasoline is more expensive in wealthy towns and air conditioners cost more in the summer.

Now technology can bring more certainty to the process. For example, a few years ago, Coca-Cola Co. experimented with a vending machine that would automatically raise prices in hot weather.

So imagine the possibilities created when companies have detailed personal data about us; sell products like software that have high development costs but are cheap to distribute; and the ability, through digital rights management, to keep us from reselling or giving away something we buy.

In that scenario, a giant media company might know you and your spouse love Steven Spielberg movies and have two young kids. When the next Spielberg film hits theaters, the company can assume that you are eager to see it but that it might cost you $40 to hire a baby sitter. So it offers you the flick as video on demand, in the comfort of your own home, for $35.

Meanwhile, knowing the tastes of the single woman next door, the entertainment company doesn't offer her the same movie on demand until it's been out for a few months. And when it does, it charges her $10.

Such price extremes might not be bad for consumers, because a competitor might try to undercut the Spielberg movie provider with a competing release for cheaper.

But Odlyzko believes that just as 19th-century consumers scorned railroads for their variable pricing, future price discrimination simply could make people feel bad. After all, in the airline example, the people in the $1,200 seats may think they got robbed. People in the cheap seats might kick themselves for not pursuing an even better deal.

Even worse, the economy could suffer if technology helps suppliers engage in price discrimination against producers of important goods and services.

"Say you're running an oil well and you've had a brilliant insight into how you can pump more of the oil in the ground," Odlyzko said. "Suppose that guy who runs the pipeline suddenly jacks up your rates, because he says, `Here is a guy who can pay more!' Well, that suddenly decreases your motivation to innovate."

Odlyzko isn't entirely pessimistic. He expects the Internet to enable new tools for detecting price discrimination, even as companies try to hide it by bundling several goods or services together at an attractive — but subtly customized — price.

Mainly, he hopes the expectation of increased price discrimination will become more of a factor in economic models and discussions about privacy.

"The growth in price discrimination is just one factor involved in this evolution of our economy toward where the fight is really going to be about ownership or control of information," he said. "I do expect that the economy is going to become more inefficient."