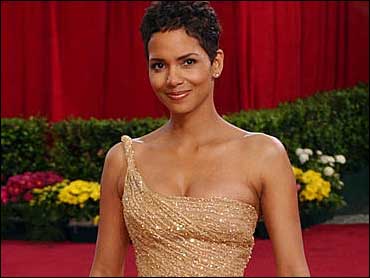 Actress Halle Berry announced Wednesday she has separated from her husband, R&B singer Eric Benet, after less than three years of marriage.

"Eric and I have had marital problems for some time now and have tried to work things out together," Berry said in a statement. "However, at this point, I feel we need time apart to reevaluate our union. We ask that you respect our privacy as we are going through this emotional time."

"They're not talking about a divorce at this point," reports Entertainment Tonight co-host Bob Goen. (ET, like CBSNews.com, is part of Viacom.)

Tabloids have speculated about instability in their relationship from nearly the moment the "X-Men" star married Benet in January 2001.

Berry and Benet met in 1999 at a party to celebrate the premiere of Berry's HBO movie "Introducing Dorothy Dandridge," about the first black woman nominated for a best-actress Oscar with 1954's "Carmen Jones."

Berry won a Golden Globe and an Emmy for the Dandridge role, then became the first black woman to win a best-actress Oscar for her work in 2001's "Monster's Ball."

This is the second marriage for the actress, who divorced Cleveland Indians outfielder David Justice in 1996. Benet has a young daughter from a previous relationship with a girlfriend who was killed in a car crash 15 months after the girl was born. Berry adopted the little girl.