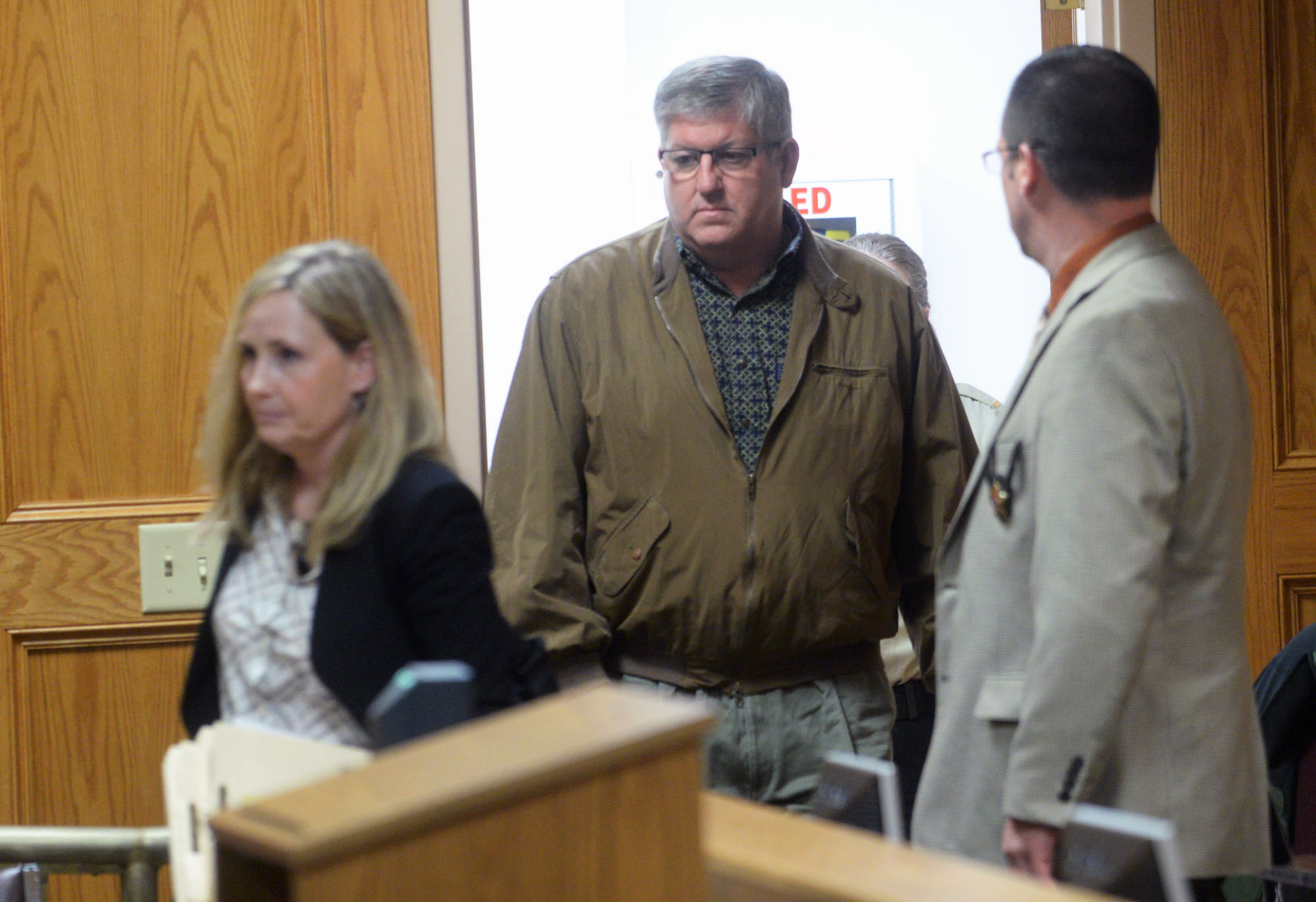 A Texas man whose murder conviction inspired a Hollywood movie is set to return to court Wednesday for a re-sentencing hearing.

Bernie Tiede has been free on bond for almost two years after courts threw out his life sentence for the murder of a wealthy widow in light of new evidence. Now, a jury must decide whether Tiede should be freed or sent back to prison for life, reports CBS News correspondent David Begnaud.

Tiede's return to the courtroom marks the latest chapter in a nearly 20-year-old case that captivated Hollywood and rocked the small town of Carthage, Texas.

It was here where Tiede, a popular mortician, first befriended Marjorie Nugent, a wealthy widow more than 40 years older than him, while he was preparing her husband's funeral.

"I like to say that Bernie made lifelong friends just upon a funeral arrangement," said Carlton Shamburger, director of the Hawthorne Funeral Home. "They met here. They met here at Hawthorne's. That's exactly where all this begins, so to speak."

The two struck up an unlikely friendship, before Tiede said things turned ugly.

"She was really possessive of my life -- so much of my life for the last few years and it got worse," Tiede said.

In November 1996, he shot Nugent four times in the back and stuffed her body in a freezer. He hid her death for nine months, during which he spent or donated much of her money.

"He couldn't hurt your feelings, much less shoot someone four times in the back," Shamburger said. "It just didn't fit, but then who could in such a bizarre story in the first place? You couldn't make this stuff up."

Tiede confessed to the crime and was sentenced to life in prison. The case inspired the 2011 movie, "Bernie," directed by Richard Linklater.

But where the Hollywood film ended, the real life story carried on.

"Bernie got a lawyer after the movie. Jodi Cole saw the movie and got very curious about the case. She thought she smelled some stuff there like, wait, something is not right," Linklater said.

In 2014, Tiede was released on bond after attorney Cole discovered new evidence showing Tiede was sexually abused as a child, a factor that could've resulted in a lighter sentence.

Still, Marjorie Nugent's granddaughters want to see Tiede back behind bars for good.

Since Tiede's release two years ago, he's been living with Linklater, who let Tiede move into his garage apartment in Austin, Texas.

The trial gets underway Wednesday and is expected to take about three weeks.