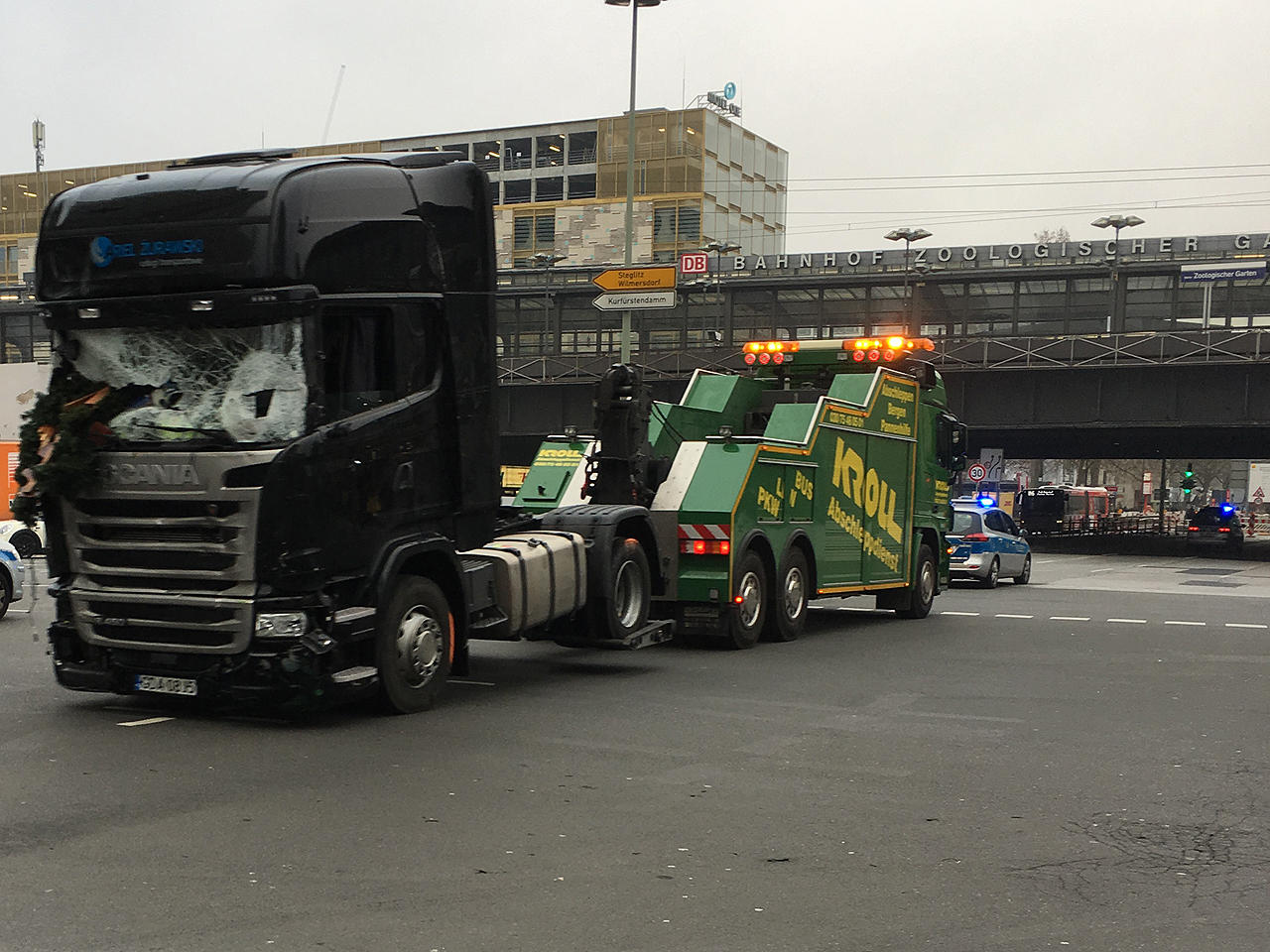 BERLIN -- Berlin’s police force said for the first time early Tuesday morning that the truck that rammed into pedestrians at a popular Christmas market was set deliberately on its deadly course, confirming that investigators were looking at it as a suspected “terrorist attack.”

Addressing her shocked nation later Tuesday, Chancellor Angela Merkel agreed that, given the facts available, “we must assume it was a terrorist attack.”

Law enforcement sources have told CBS News the one arrested suspect in the case, a 23-year-old Afghan national born to Pakistani parents who came to Germany as a migrant.

Berlin police said the man in custody has denied any involvement, however, and in a series of tweets they warn members of the public to continue to be vigilant as the investigation continues.

German newspaper Die Welt reported a police official had told them “we have the wrong man,” in reference to the suspect in custody. There are several German media reports that police have visited at least one asylum center to question refugees, but no other arrests have been made.

At least 12 people were killed and nearly 50 injured when the truck struck the popular Christmas market outside the Kaiser Wilhelm Memorial Church late Monday as tourists and locals were enjoying a traditional pre-Christmas evening near Berlin’s Zoo station.

Merkel, who has been criticized for allowing in large numbers of migrants, addressed head-on the possibility that an asylum-seeker was responsible.

“I know that it would be particularly hard for us all to bear if it were confirmed that a person committed this act who asked for protection and asylum in Germany,” Merkel said. “This would be particularly sickening for the many, many Germans who work to help refugees every day and for the many people who really need our help and are making an effort to integrate in our country.”

Authorities arrested suspect Baloch about 1.5 miles from the crash site on suspicion of having been at the wheel of the truck. Footage showed the suspect, his head covered in a white sheet, being pushed into a police car shortly after the attack. Berlin’s Tagesspiegel newspaper reported that Baloch was known to police for minor crimes.

A spokesman for Berlin’s office for refugee affairs said police conducted a large-scale search overnight at a large shelter for asylum-seekers at the city’s now-defunct Tempelhof airport. Four men in their late 20s were questioned but nobody was arrested, Sascha Langenbach told The Associated Press.

The U.S. Embassy in Berlin told CBS News on Tuesday that it had no information suggesting U.S. citizens were among those injured or killed in the incident, and they had received no reports of missing Americans.

Multiple German media outlets reported a police raid early Tuesday morning at a former airport facility near Berlin, which is currently being used to house migrants and refugees.

German daily Die Welt reported armed police had raided the hangar at the disused military Tempelhof Airport, which sits just south of central Berlin, reportedly only a 10 or 15 minute drive from the Christmas market hit by the apparent truck attack on Monday.

There was no immediate confirmation from authorities that the raid at Tempelhof was connected to the investigation into the Christmas market incident.

Police have not publicly confirmed Baloch as the lone suspect taken into custody after the truck careened into the crowded market, killing at least 12 people.

Police spokesman Winfried Wenzel said the suspect was seized after leaving the truck and fleeing on foot for more than a mile towards the Tiergarten, a large public park.

A witness who followed the suspect from the market called the police, who quickly detained the suspect near the Victory Column monument.

Berlin police declined to confirm widespread reports Tuesday in German media that the man was a Pakistani national who had resided at the Tempelhof Airport migrant center.

Germany’s top law enforcement official did say later, however, without naming him, that the suspect was a Pakistani national who had sought asylum in Germany.

When Merkel addressed her nation she did not provide any new insight into the investigation, but thanked the emergency services and expressed confidence that investigators would find the guilty party or parties and that they would face justice.

The chancellor, who has remained relatively popular amid mounting pressure from a rising far-right policital movement over her migrant policy, which has seen an influx of more than 1 million migrants and refugees during the last couple years, urged Germans not be cowed by the acts of terrorists.

“We do not want to be paralyzed by terror,” she said. “We will find the strength to live with freedom.”

“I know that it would be particularly hard for us all to bear if it were confirmed that a person committed this act who asked for protection and asylum in Germany,” Merkel said. “This would be particularly sickening for the many, many Germans who work to help refugees every day and for the many people who really need our help and are making an effort to integrate in our country.”

The crash came less than a month after the U.S. State Department called for caution in markets and other public places across Europe, saying extremist groups including Islamic State of Iraq and Syria (ISIS) and al Qaeda were focusing “on the upcoming holiday season and associated events.”

CBS News correspondent Charlie D’Agata reported that forensic teams separated the cab of the truck from the trailer and removed it from the scene Tuesday morning for forensic examination.

Other witnesses said the truck turned right off a main road and onto the pedestrianized plaza, and then just kept driving straight through the area packed with tourists and shoppers where stalls were set up.

Among the dead was a passenger found inside the cab of the truck, a Polish citizen. Police were quick to confirm on Monday that he was not in control of the truck at the time of the incident. Officials said Tuesday that the Polish man appeared to have been fatally shot before or during the incident.

As D’Agata reports, the truck had Polish license plates, and was registered to a Polish transportation company. It was hauling 25 tons of steel.

U.S. intelligence officials tell CBS News the horror that unfolded in Berlin bears similarities to the terrorist attack in Nice, France in July, when a truck tore through a crowd and killed 86 people.

ISIS claimed responsibility for that attack, and has since encouraged its supporters to launch similar attacks elsewhere, most recently in an online magazine article published in November.