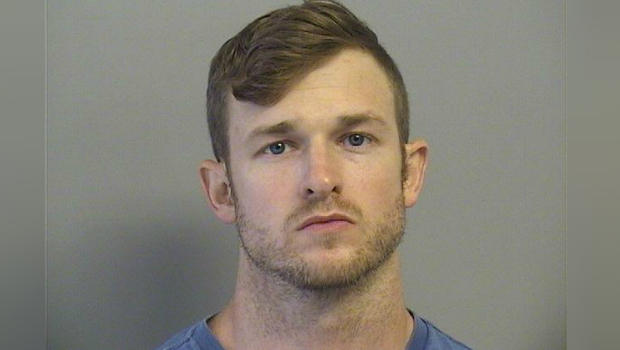 Roden was discharged from the Air Force in April.

Court documents show the former airman wanted to become a U.S. Marine, but was rejected and ultimately blamed the Air Force. His last commanding officer, Sgt. Brian Curtis, said Roden "hated the military" and "received disciplinary actions for his conduct." He said he believes Roden is "smart and capable of constructing electronic devices."

A search warrant served at Roden's home, along with his parent's residence, recovered materials associated with manufacturing explosive devices and a bag that contained two pipe bombs.

"We do not believe he should be released to the community, mainly because of his ability to create pipe bombs," Radford said.

At this time, the FBI does not believe the incident was an act of domestic terrorism.

Roden is being held at Tulsa County Jail. He is expected to appear in court on Friday.