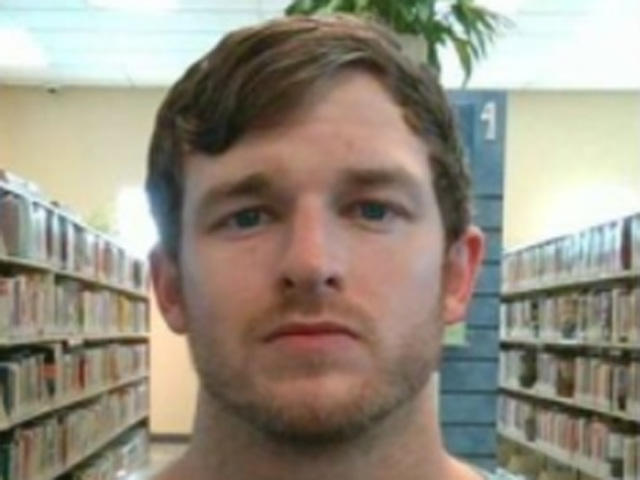 BIXBY, Okla. – The FBI's Oklahoma City field office says it's taken a person of interest into custody in the pipe bomb explosion outside a U.S. Air Force recruitment center in this Tulsa  suburb Monday night.

He will probably face federal charges after being taken into custody in a Tulsa area apartment complex, reports CBS Tulsa affiliate KOTV.

The CBS News source says investigators haven't reached any conclusions about the motive in the bombing and haven't determined that it was an act of domestic terrorism. The investigation is continuing.

Police also say a car was vandalized at the same location last week and FBI believes the two cases could be connected, KOTV adds.

FBI agent Jessi Rice said agents were looking into a possible connection between the explosion and recent vandalism of vehicles in the parking lot of a nearby Air Force National Guard center.

Earlier, federal authorities had said they weren't investigating the explosion as a possible act of domestic terrorism and that it could have been the work of a disgruntled employee or a prank.

Rice told a news conference before the person was in custody, "We don't know if it was a disgruntled employee, an act of terrorism or someone playing games."

A device was set off around 10:30 p.m. Monday in front of the recruiting center, which was closed, federal authorities said. No one was hurt.

A spokeswoman for the Bureau of Alcohol, Tobacco, Firearms and Explosives had said the blast was being treated as a possible act of domestic terrorism out of "an abundance of caution," because of its proximity to the recruiting office.

The Air Force recruiting station is in a commercial area that also houses restaurants, financial planning firms and other businesses. A movie theater is nearby.

The door of the recruiting center was blown off in the explosion and landed in a parking space in front of the storefront and soot-covered windows. Two workers from a glass repair business were replacing the shattered door with a new one by late Tuesday morning.

Rice said agents were scouring the area for surveillance footage that might show someone putting the device in place or a vehicle with suspects in it. A motorcycle was seen in the area around the time of the blast, according to a witness.

The aftermath of the blast rattled some business owners near the recruiting center and bystanders who gathered around the site.

"We just opened (on Monday) and we get the fireworks," said Dale Barnett, co-owner of Barnett Music Exchange, located four storefronts from the recruiting station.

Linda Allen, who lives in Tulsa, said it concerns her that the explosion happened so close to home.

"I'm worried if there is a safe place in (the Tulsa area) anymore," she said.