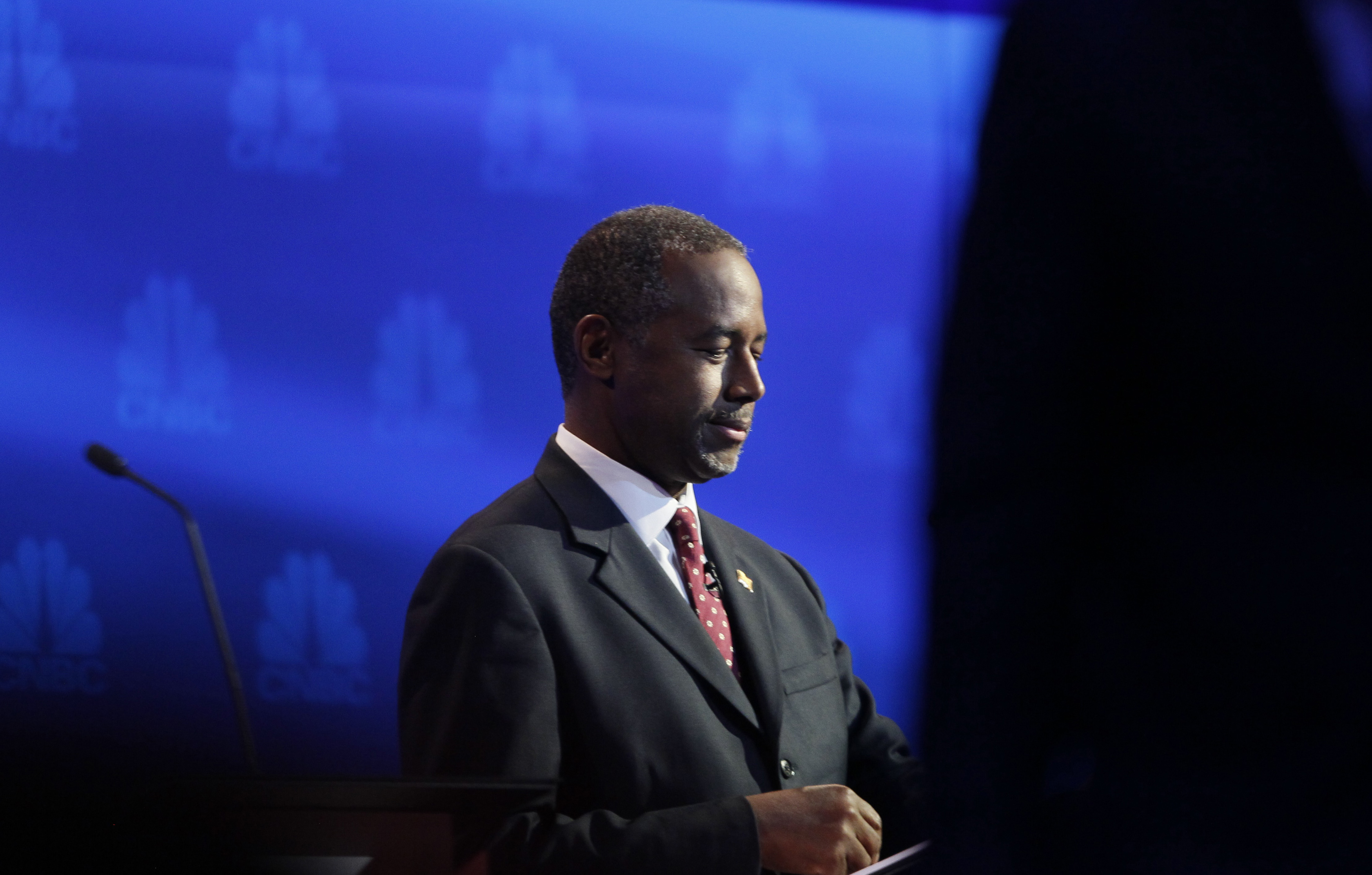 WASHINGTON -- Republican presidential hopeful Ben Carson wants to raise the Medicare eligibility age to 70 as part of a health care plan released Wednesday that would reshape the popular program for the nation's elderly in addition to overhauling Medicaid and repealing President Barack Obama's healthcare law.

The retired neurosurgeon outlined his health care plan for the first time on Wednesday as he campaignined in Michigan. An early version provided to The Associated Press by the Carson campaign provided little detail and no estimates of costs and coverage.

His proposal relies largely on tax-sheltered personal accounts to promote patient choice, and foster competition among private insurers, reflecting a belief that patients and doctors can set right much of what they see as wrong with the health care system.

"The best, most effective health care decisions are made at the granular level, between individual patients and doctors," Carson wrote in the proposal. "The more distant the decision-making process from that relationship, the less predictable the outcome will be."

In a statement accompanying the release of the proposal, Carson pointed to his background as a doctor as evidence of his experience with health care reform.

"I have spent my entire adult life within the American health care system, spending countless nights working to heal the lives of children in America and beyond," he said. "Health care decisions are some of the most important decisions a person will ever face and the government should not be the one to make these decisions. The power to choose your health care plan and your doctor was always intended to be placed within the hands of 'We The People.'"

The $3-trillion-a-year U.S. health care system is one of the most complicated parts of the economy, and change does not come easily, as Obama's overhaul has shown. Carson adviser, Texas-based physician Kristin S. Held, said the plan would produce "substantial" savings by cutting government and private health care spending by trillions of dollars, but could not detail the specific numbers.

The key to Carson's approach appears to be tax-sheltered "Health Empowerment Accounts," to be opened for every citizen at birth. Immigrants - both those in the country legally and illegally - would be excluded from the plan, Held said.

The tax-sheltered accounts would be paired with high-deductible major medical insurance. Routine costs could be covered from the accounts, which would build up balances with time. It's a concept that has been popular with Republicans since the George W. Bush years.

Carson would also gradually increase the Medicare eligibility age to 70 from the current age of 65, a change that has been highly controversial when Republicans floated it in the past.

Medicare itself would be restructured, providing beneficiaries with a fixed payment for a private insurance plan of their choice. Democrats deride that as a "voucher" system that would shift costs to retirees. But under Carson's plan, Medicare beneficiaries would also be able to participate in the health accounts.

Medicare subsidies would not be based upon income, Held said, noting that Congress would ultimately approve the specifics.

Carson's plan for Medicaid, the federal-state program for low-income people, involves the federal government providing states with "fixed-dollar support," which the states must use to pay private insurance premiums and set up health accounts for beneficiaries.

The release of Carson's health-care plan comes as he tries to reverse a recent slide in the polls sparked by questions about his command of public policy. He has struggled particularly with foreign policy in recent weeks, but also previously offered mixed messages on domestic issues like health care.

Once he declared his candidacy, Carson said he'd scrap Medicare and Medicaid - two longtime targets of conservatives - and spend the money instead on giving each American $2,000 a year for a health savings account. Then he hedged, and said Medicare and Medicaid beneficiaries could choose whether they wanted the stipend or their existing government coverage, though he has not explained how to pay for both structures at once.

Health care offers Carson a relatively safe area to demonstrate policy fluency given his background. He stopped practicing medicine just two years ago after nearly three decades as the head of pediatric neurosurgery at Johns Hopkins Hospital in Baltimore.

Carson emerged as a national figure in Republican politics after condemning Obama's health-care overhaul during the 2013 National Prayer Breakfast.