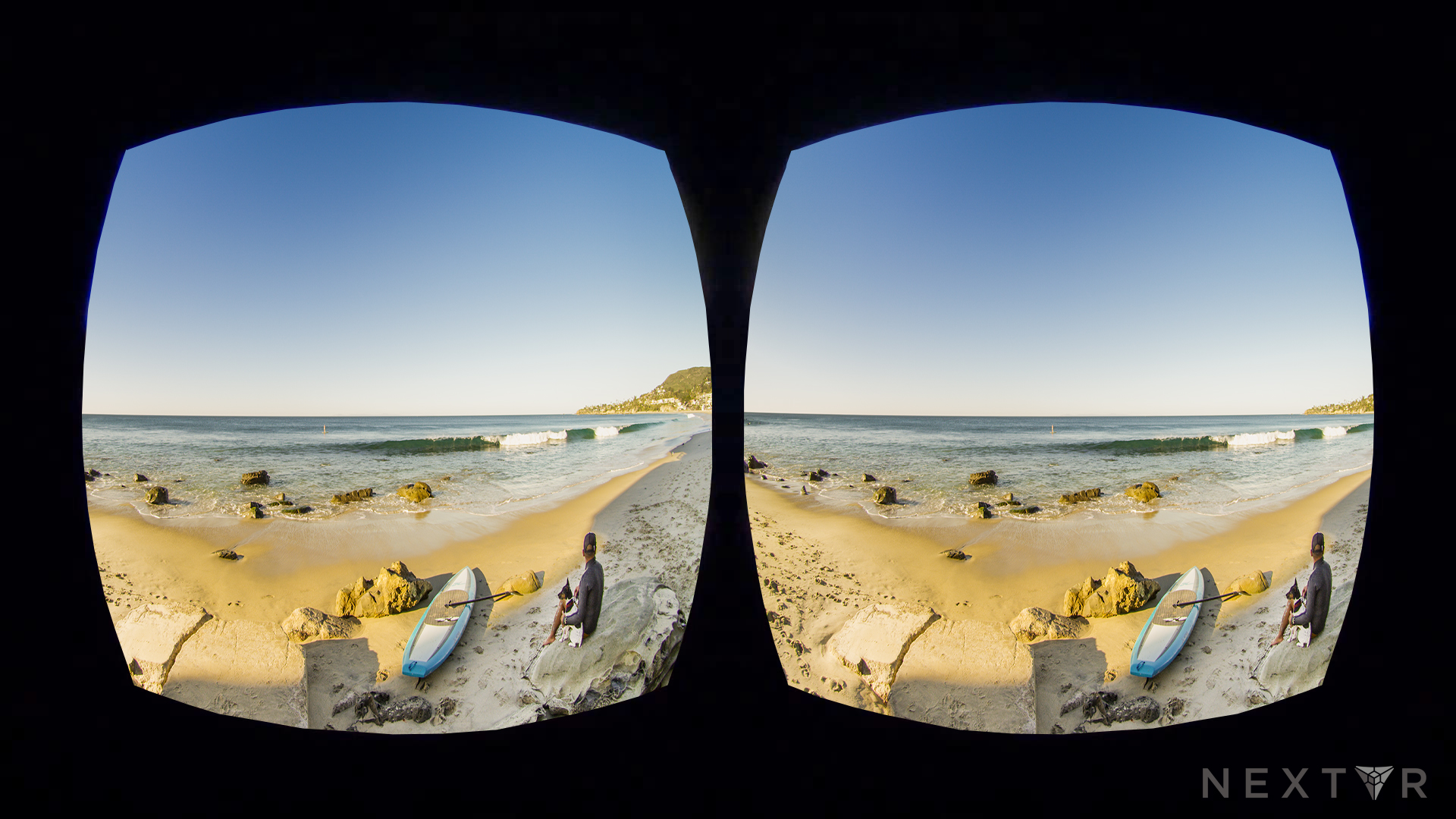 There's a classic adage in writing: Show don't tell. With virtual reality, media companies are taking the saying to a new level.

This week, Olympic gold medal-winning skier Ted Ligety and others are competing in the 2015 FIS Alpine World Ski Championships at Beaver Creek ski resort in Colorado. You can read about their wind-whipped pursuits of record times, the weather that day, the thrill of the win.

Or, you can strap on a virtual reality headset and for a few minutes you can live it.

For its coverage of the championships, Gannett, owner of 140 media brands such as USA Today and the Cincinnati Enquirer, decided to tell the story through VR. You're not just reading about Ligety, you are him, and you are positively shredding a double black diamond run. Blue sky above, a sea of white below, the trees a blur to either side. You can hear the chatter of your skis as you dig a tight turn into the snow and watch the lightening-fast approach of the next big drop.

Plus, you've got one leg up on Mr. Ligety: Since you aren't actually skiing, you can look all around you, even behind you, at the vanishing mountain and the boom mic operator skiing on your heels.

"My hope is that VR is the tool we need to stir more compassion for one another," said Milk, on Vice's news website. "I think VR holds the potential to fundamentally change journalism."

Tech companies, too, are beginning to see the promise. At the end of January, NextVR, which develops technology for virtual reality transmissions, virtually transported Michigan-based Engadget writer Richard Lawler to the sands of Laguna Beach, Calif. -- live.

NextVR set up a 180-degree camera and transmitted a live stream of the beach to Lawler, who enjoyed the view from the snowy deck of his Ann Arbor home via a Galaxy Note 4 settled inside Samsung's Gear VR headset.

"...After what I experienced I'm ready for a virtual reality feed from every major event -- NBA All-Star Game, Super Bowl, State of the Union address, whatever," Lawler wrote on Engadget. "It's not quite teleportation, but having seen 4K, 8K and everything else, the sense of 'being there' has never matched what even this heavily compressed stream on a phone and $200 headset could provide."

Being in Ted Ligety's boots was transportive in its own right, if less serene and a just a tad bit stomach churning. During a brief stint as a snowboard bum after college, I had ridden the steep, mogul-covered trails of the Birds of Prey area at Beaver Creek, but never had I done it so smoothly, so capably, so 100-percent-upright as while watching Gannett's footage through an Oculus Rift headset. Nor had I ever been able to look around to fully take in the view, or look behind me (on purpose, while still standing).

To create the handful of "experiences" leading up to the ski championships, which go through Feb. 15, Gannett mounted 360-degree video cameras to the helmets of several top skiers, including Bode Miller, Julia Mancuso, Steven Nyman and Laurenne Ross. For Ligety's run, the production team fitted him with an array of six GoPros to capture a full sphere of view, not just all the way around, but above and below as well.

Ahlberg laughed thinking about trying to put together the eight-person production crew and having to find a sound technician who could ski well enough to keep up with Ted Ligety while holding a boom microphone. One producer ended up sliding 150 yards down a trail before getting caught in a safety net. (Gannett's public relations office assured he wasn't injured.)

"The market is still niche," Ahlberg admitted. But Gannett is trying to get out ahead of what could be the next frontier of storytelling.

To be sure, virtual reality is still a little heavier on the virtual than the reality. Oculus has sent more than 150,000 Rift headsets to people and companies (like Gannett) developing VR content, but has yet to launch on the consumer level, and the Gear VR targets a narrow sliver of smartphone owners, fitting only the Samsung Galaxy Note 4. For the rest of us, there are generic headsets and Google's fold-it-yourself cardboard phone-holder, or VR-ish videos that merely approximate the virtual reality experience.

That's how goggle-less viewers can take in Gannett's ski coverage, using the mouse to move the point of view of the camera up, down and around the snowy scene playing in their browser.

Investing in virtual reality experiences that virtually no one can experience seems, on the surface, like putting the cart before the horse. But as the Oculus model suggests, it wouldn't make much more sense to try to sell expensive headsets to the public when there's nothing to watch on them. (See also: 3D television.)

Is VR the future of journalism? Documentarian Nonny de la Pena says yes. Her VR film, "Project Syria," puts viewers on a street corner in Aleppo moments before a rocket hits, then transports them to a refugee camp as it swells in population. It debuted in Davos during January's World Economic Forum.

She has started Immersive Journalism to use gaming platforms to produce stories that give people "first person experiences" of the news.

"We make these pieces because we can put you on scene, make you feel like you're witness to an actual event," she said in a video about "Project Syria." "You're not separated by a television or a screen. You actually feel like you're there."

Andrew Lippman, associate director at the MIT Media Lab, wasn't able to draw much more from his one experiment exploring VR for news and entertainment than to say that "visitors enjoyed it," and he's skeptical about its mainstream potential.

"I think it is more like 3D movies than like color," he told CBS News over email. But he allowed, "Like most surprising technologies, it will ultimately find a place in our lives that will be determined more by people's tastes than by the technology itself. No good invention is ever discarded."