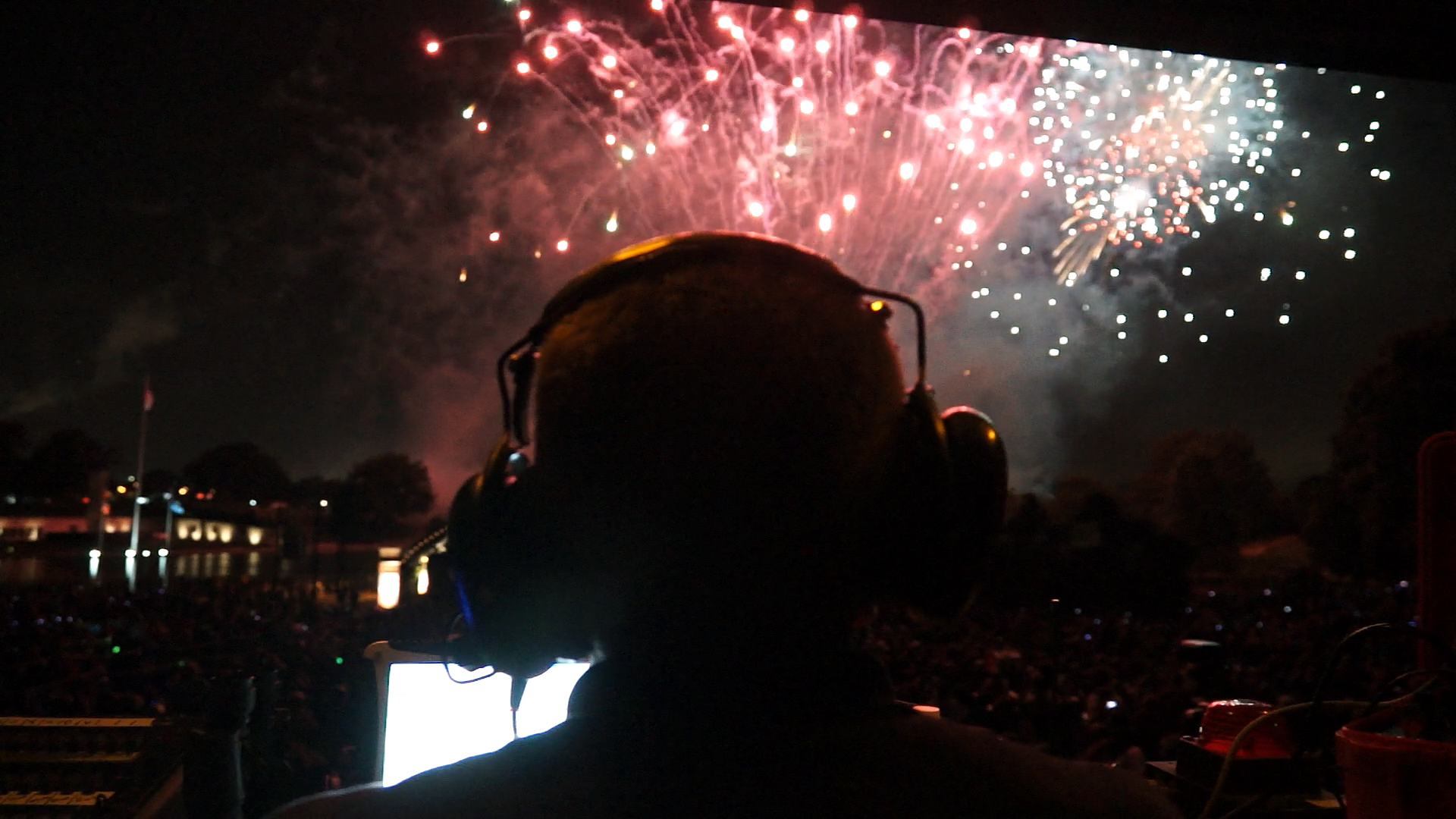 What actually goes into lighting up the night sky at major firework events on the 4th of July? As it turns out, the world of explosive pyrotechnics is more technology-driven than ever before.

During a recent visit to a substantial fireworks event in East Meadow, N.Y., Donna Grucci Butler, of Fireworks by Grucci, explained to CBSNews.com that a lot has changed since the days of hand-lit explosives. Her family has been in the pyrotechnics business since 1850, and has seen the industry transform with technological advances.

"It has gone from the traditional hand-firing and what we called set-pieces, which were the American flag, the pinwheels on the two-by-fours. Those were the type of programs that I would go to when I was young," Grucci said.

Today, the spectacular effects are orchestrated by a network of explosives, wires, firing cues and a computer. Fireworks can also be ignited by a microchip activated remotely.

In the past, technicians would have to ignite the fuses by hand, putting them in close proximity to dangerous explosives. Advances in the industry have mitigated the risk of serious injury.

"Nowadays, with the technology we've been able to leverage, we can be up to 100, 200, 300 feet away, where the discharge area is when we're firing that program," said Buffonlino. "Safety is first and foremost the most important aspect of [a fireworks] program. Not only of the technicians who are working with me to put this program together, but the safety of the audience and that we don't damage any of the property at these venues."

But it isn't wires and microchips that make a show memorable. Fireworks get their bright colors from a combination of chemicals and compounds -- like chlorine, an oxidizer or a binder.

"Almost every instrument has a different firework that can go (with) it," Grucci said, adding that it's "a marriage of music and the choreography."

Months of planning culminate in an event that typically lasts about 30 minutes. As the sun goes down, a dim sky is illuminated with a magical dance of light.

Books vs. e-books: The science behind the best way to read
View CBS News In
CBS News App Open
Chrome Safari Continue
Be the first to know
Get browser notifications for breaking news, live events, and exclusive reporting.