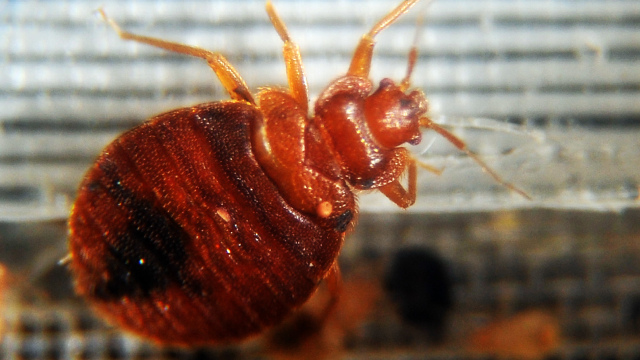 In a series of experiments, researchers noted that the little blood suckers strongly preferred red and black and avoided green and yellow.

Does that mean it's time to redecorate your bedroom in colors these pests don't like?

It's probably too soon for that, study co-author Corraine McNeill, from Union College in Lincoln, Nebraska, said in a news release from the Entomological Society of America.

McNeil said offering advice on what color sheets people use "would be stretching the results a little too much. I think using colors to monitor and prevent bed bugs would have to be specifically applied to some sort of trap, and it would have to be used along with another strategy for control.

"I don't know how far I would go to say don't get a red suitcase or red sheets, but the research hasn't been done yet, so we can't really rule that out completely," she added.

The findings were published April 25 in the Journal of Medical Entomology.

Experts thought that bed bugs would go anywhere to hide, but this study showed they select a hiding spot based on color when they're moving in light.

"We originally thought the bed bugs might prefer red because blood is red and that's what they feed on," McNeill said. "However, after doing the study, the main reason we think they preferred red colors is because bed bugs themselves appear red, so they go to these [hiding places] because they want to be with other bed bugs, as they are known to exist in aggregations," she explained.

They may avoid yellows and greens because those colors resemble brightly lit areas.