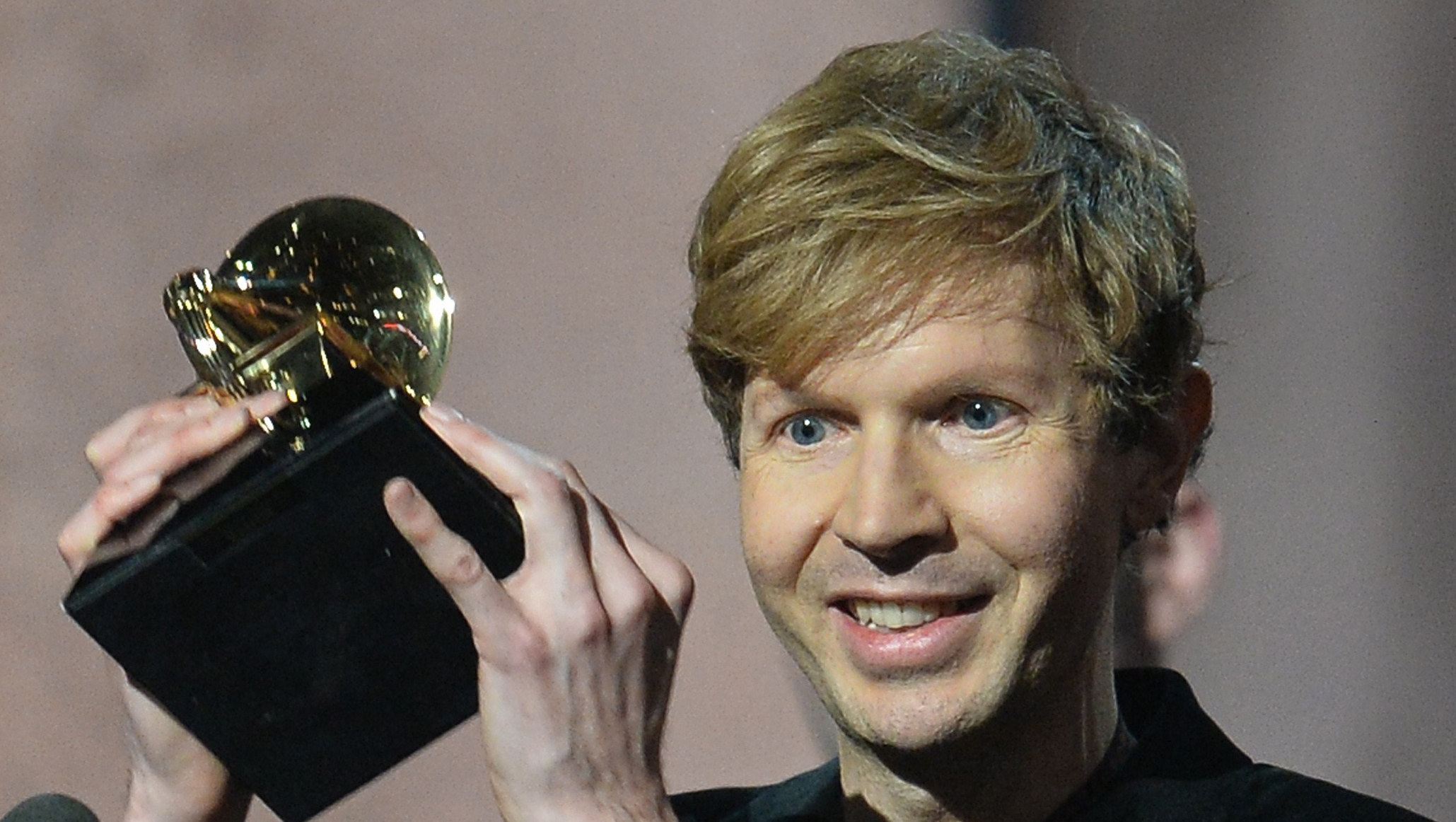 Probably no one was more surprised to hear Beck's name called for album of the year than Beck himself.

The 44-year-old musician, who received the Grammy for his 2014 album "Morning Phase," looked shocked when he won -- and when he arrived onstage to accept the honor, he was nearly interrupted by none other than Kanye West.

The rapper, who famously interrupted Taylor Swift's 2009 VMAs speech, pretended (or maybe not) to stage-crash Beck's acceptance speech on Sunday. Afterwards, he made some comments about Beck's win.

"I just know that the Grammys, if they want real artists to keep coming back, they need to stop playing with us," he told E! News. "We ain't gonna play with them no more. And Beck needs to respect artistry and he should've given his award to Beyonce."

OK, Kanye, tell us how you really feel.

Beck not only topped Beyonce, but he also beat out Ed Sheeran, Pharrell Williams and Sam Smith for the honor.

In an interview later with Us Weekly, Beck said, "I was just so excited he was coming up. He deserves to be on stage as much as anybody. How many great records has he put out in the last five years right?"

And when asked about West's Beyonce comments, Beck said, "I thought she was going to win. Come on, she's Beyonce!"

"You can't please everybody, man," Beck added. "I still love him [West] and think he's genius. I aspire to do what he does."

He's a class act that Beck.

Give "Morning Phase" a listen below: