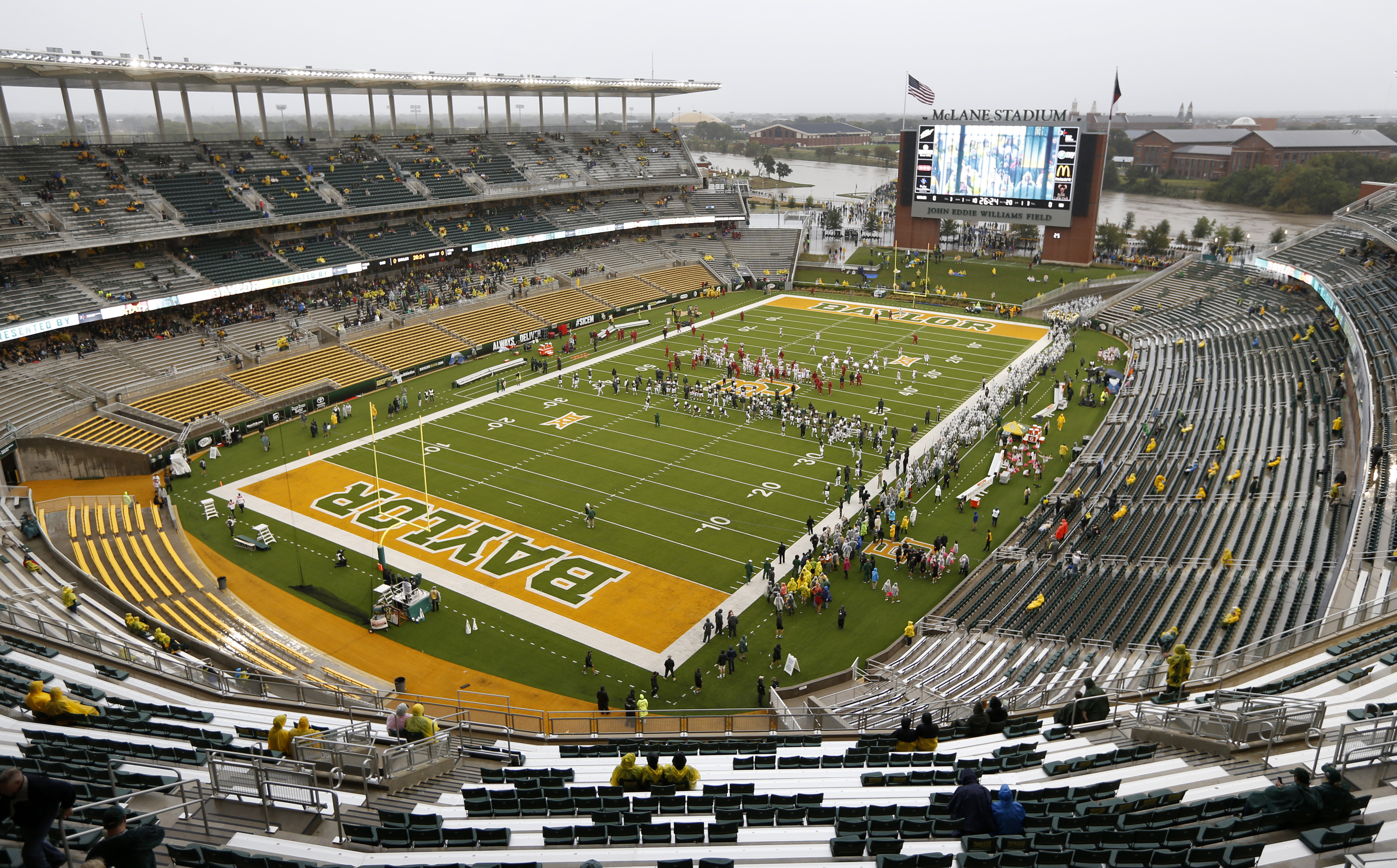 WACO, Texas -- Baylor athletic director Ian McCaw has resigned, less than a week after he was put on probation as part of the school's reaction to a scathing report about its failure to properly respond to allegations of sexual assaults.

McCaw said in a statement he was stepping down because it would be help Baylor promote "unity, healing and restoration."

"I have always sought to put the University's needs ahead of my own. My time at Baylor has been an incredible journey filled with some of the most remarkable people I have ever known. I am grateful to Baylor Nation for its support and dedication, and to all who have done so much to advance the athletics program," he said.

McCaw has been AD since 2003, hired after a scandal involving the men's basketball program led to the resignation of then-athletic director Tom Stanton.

The board of regents at the university said last week in a statement that Starr, a former prosecutor who investigated the Monica Lewinsky scandal, will vacate the presidency on May 31 and will become the school chancellor.

Starr has apologized to victims of sexual violence who were not treated with the care, concern and support they deserve.

Starr issued a statement to the Waco Tribune-Herald after the university announced Thursday that it was demoting him and firing Briles.

"Despite these dark days, I remain resolved to join hands with the Baylor family to continue to build the University as we carry out its distinct mission in Christian higher education. May God grant us grace, mercy, and peace," the lengthy statement read in part.

The full statement can be read here.

Among the firm's findings was that football coaches and athletics administrators had run their own improper investigations into rape claims and that in some cases, they chose not to report such allegations to an administrator outside of athletics.

By running their own "untrained" investigations and meeting directly with a complainant, football staff "improperly discredited" complainants claims and "denied them a right to a fair, impartial and informed investigation."

"The choices made by football staff and athletics leadership, in some instances, posed a risk to campus safety and the integrity of the University," the report said.

The report's "findings of facts" did not name specific coaches or athletics staff.

The university's statement said the review revealed "a fundamental failure."

The report also found that's Baylor was too slow to enact federally-required student conduct processes, and that administrators failed to identify and eliminate a "potential hostile environment" for victims.

Baylor has faced increasing criticism in recent months for its handling of reports of rape and other violent incidents involving football players and students. One victim has sued the university, saying it was deliberately indifferent to her allegations against a former player who was eventually convicted of sexually assaulting her.

Starr ordered an investigation last year but has been mostly silent amid the criticism. The former prosecutor took over as the university's president in 2010.

The football team enjoyed unprecedented success under Briles' tenure, including two Big 12 championships in the last three years. That success brought a financial windfall, and in 2014, Baylor opened a new, $250-million on-campus football stadium. But Briles' program has also been criticized for recruiting or accepting transfer players without regard to the harm they might cause fellow students.

Starr rode the waves of the program's success, and often ran on the football field with Baylor students in pregame ceremonies. But as investigations began into the school's handling of sexual assault allegations against players, Starr provided only brief comments, even as criticism of the school mounted.

In a February statement issued by the university, Starr said "our hearts break for those whose lives are impacted by execrable acts of sexual violence." And at a prayer breakfast last month, Starr told the Fort Worth Star-Telegram: "I am in favor of transparency. Stand up, take your medicine if you made a mistake."

Ukwuachu, who was convicted last year, transferred to Baylor after he was dismissed from Boise State. His former girlfriend testified during his rape trial in Texas that he had struck and choked her when he attended Boise State.

Ukwuachu's former coach, Chris Petersen, now the coach at Washington, said he "thoroughly apprised" Briles about the circumstances of Ukuwachu's dismissal. Briles disputed that account, saying he talked with Petersen and there was no mention of the incident.

The school is also facing a federal lawsuit from a former student claiming the school was "deliberately indifferent" to rape allegations levied at a former football player Tevin Elliott, who was convicted in 2014 of sexually assaulting the woman.

"The school completely neglected my needs and I didn't realize they were federally required to sort of address these issues," she told CBS News.

The uproar following Ukwuachu's conviction caused Baylor to initiate the review by the Philadelphia law firm Pepper Hamilton, and to announce a $5 million effort to improve efforts on how it responds to sexual assault, including adding another investigator and more staff.

But the Ukwuachu case was just the start of months of revelations of football players being involved in violent incidents with little or no repercussions.