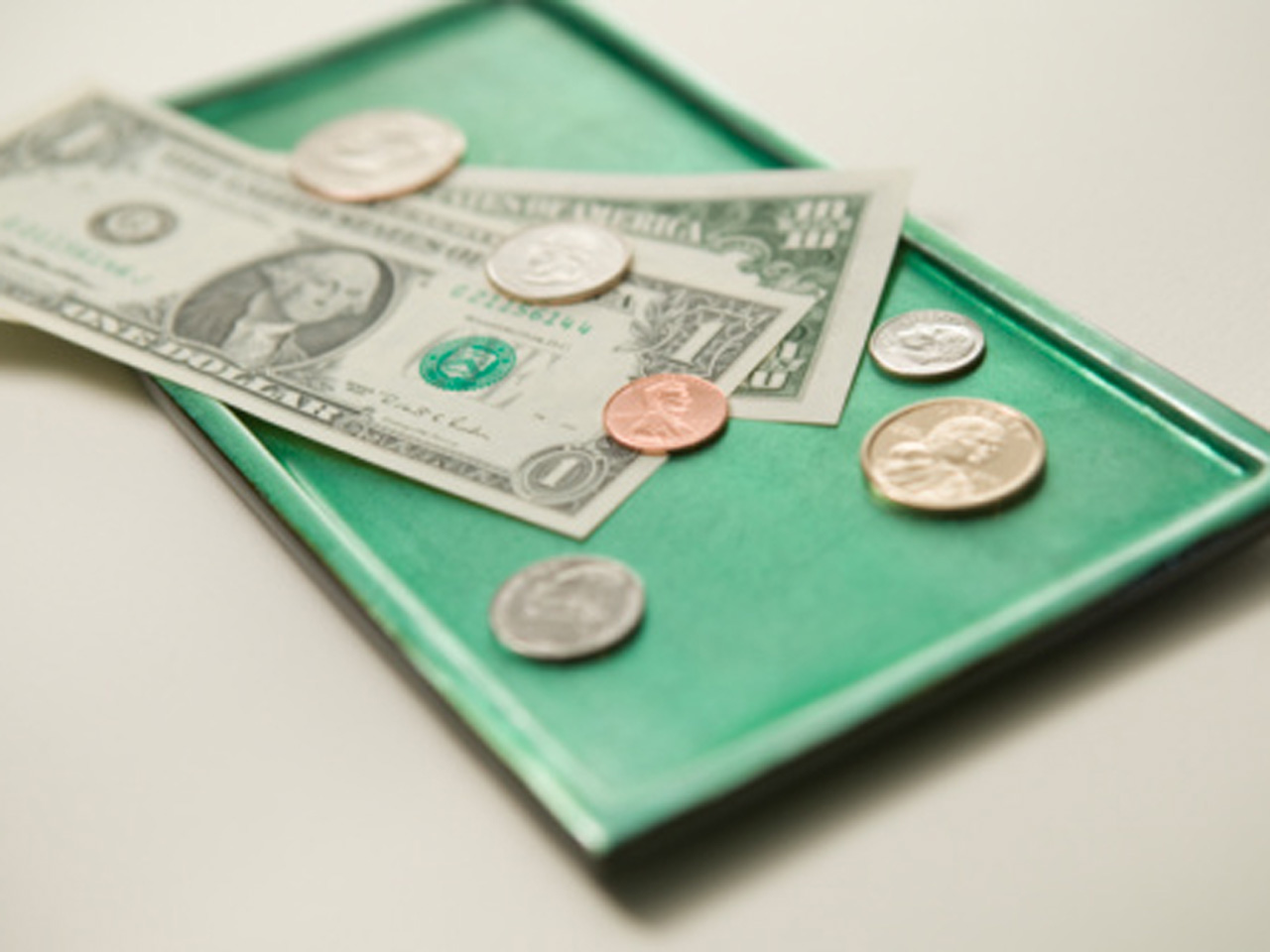 (CBS News)  MAKING ENDS MEET during the holiday season is particularly hard for those who barely get by the rest of the year. At a few big name companies, low-paid employees have been staging protests.    Our Cover Story is reported now by Erin Moriarty of 48 Hours:

Twenty-seven-year-old Nancy Salgado's sweet smile may be her most marketable asset in the fast food industry -- that and her willingness to do just about any task . . .

"I work at grill, I fry products; making sandwiches, assembling the sandwiches," she told Moriarty. "I work breakfast, lunch, dinner.  I work cashier.  I work drive-through.  I do drink station.  Throw away garbage.  Pretty much that's it."

"Do you think [that] people run in to get their fast food, do they notice the person serving them?" Moriarty asked.

"No, they never notice.  But I believe that's my skill to be friendly. Even though I'm heartbroken, even though I have problems at home and I have to deal with them day by day, I would still give you a smile."

And yet, after working for a decade at McDonald's franchise restaurants in Chicago, she still earns the state minimum wage in Illinois -- currently $8.25 an hour.

Salgado, a divorced mother of two, struggles to get by on little more than a thousand dollars a month, and that's with no benefits.

Even as she helps her seven-year-old daughter Jaired with homework, she can't get the numbers in her OWN household budget to add up.

"It's hard thinking about it every day," Salgado said. "And for her to tell me, you know, 'It's okay, Mommy.  I know you don't have enough money for certain things today,' it's harder. You know, it's harder because they're noticing how bad we are living, you know?"

Which is why on this hot day in late summer, she went from behind the counter to in front of cameras, demanding -- along with hundreds of other low-wage workers -- an increase in pay.

"If you look back at America 30 years ago, most of your minimum wage workers were teenagers, or they were women who didn't have to work but actually had some spare time," said Robert Reich, former Secretary of Labor under President Bill Clinton. "Today, your typical low-wage or even minimum-wage worker is an adult over 25 years old.  Twenty-five percent of those low-wage workers have children."

Reich, now a professor at the University of California, Berkeley, sums up the problem in a new documentary, "Inequality for All":

Reich says that gap between worker productivity and the wages they earn grew as low-paying retail jobs began to replace the 40-hour-a-week unionized jobs with benefits that once supported a large American middle class.

"That is gone," Reich said. "Only seven percent of private-sector workers are unionized today. That's not enough to give workers any kind of real power, bargaining leverage, in terms of getting a share of the benefits of a growing economy."

Unions are mostly behind the recent wave of protests, some reminiscent of the civil rights era, where "Fight for 15" has become the rallying cry -- a demand for a new federal minimum wage law that would force companies to pay workers at least $15 an hour.

Scott DeFife, executive Vice President of the National Restaurant Association, the industry's lobbying arm in Washington, said the idea of a $15 an hour minimum wage was "completely unrealistic."

His association is opposed to any large increase in the federal minimum wage. Most restaurants, he says, operate on a slim profit margin, so increasing wages will mean fewer jobs . . . and might even put some owners out of business.

"Isn't it embarrassing, though, for the industry to have any employees who are living at or right around the poverty level?" asked Moriarty.

"Well, I would say that there's people living at or around the poverty level in virtually every industry in this country," DeFife replied. "I would say that may be a result of the economic distress that the country has been under, and not a kind of pattern that the restaurant industry intends to have as its base."

And yet, the issue has become something of a public relations nightmare for the nation's largest employers.

This summer, McDonald's posted online a budget that was supposed to help employees make better use of their income. It led to mockery on "The Colbert Report":

"All you have to do is follow their sample monthly budget where they estimate $600 on rent, $100 on cable and phone, and zero dollars on heating.  No problem -- just accumulate a warming layer of fat on your body."

It seems to have paid off more for comedians than for fast food workers like Nancy Salgado.

According to financial planner Sara Stanich, Nancy Salgado is part of the working poor -- stretching her income about as far as she can. Salgado walks to work, has no credit cards, and gets help with childcare.

And Yet, Stanich cannot budget Salgado to save money every month.

"Because there probably isn't any money at the end of the month for that?" asked Moriarty.

"I mean, I would love for her, for everyone, to be in the habit of saving and paying themselves first, and when they get a paycheck to always put a little bit aside.  But is that realistic for her right now?"

During his State of the Union address earlier this year, President Barack Obama vowed to change federal law:

"Tonight, let's declare that in the wealthiest nation on Earth, no one who works full-time should have to live in poverty, and raise the federal minimum wage . . .

"This single step would raise the incomes of millions of working families. It could mean the difference between groceries or the food bank; rent or eviction; scraping by or finally getting ahead."

But with Congress seemingly stuck in perpetual gridlock, some states are taking action.

California will soon have the highest state minimum wage in the country: $10 an hour. Eighteen other states also require minimum wages above the federal level, which is currently  $7.25.

Washington D.C.'s City Council tried to go even further this year, targeting just one business – Walmart -- and demanding the retailer pay a minimum of $12.50 an hour.  Walmart responded by threatening to stop construction of three of its six planned locations in D.C.

But in September, the district's mayor vetoed the proposal.

"Since that bill was vetoed, we're proceeding with all of our stores in Washington, D.C.," said David Tovar, Walmart's vice president of communications. "We had our hiring center open for one of the stores. And 6,000 people showed up for those jobs."

[It is worth noting that of all the corporations "Sunday Morning" reached out to, Walmart was the only one that would provide an interview.]

"We don't want people to stay in entry-level jobs very long," said Tovar. "We have clear data that shows that there is a tipping-point in terms of their productivity, if they stay in an entry-level job too long."

Single-mother Nancy Salgado says she has turned down chances for promotion, to care for her children.

In October her frustration was caught on cell phone video at an event where McDonald's USA president Jeff Stratton was speaking: "The thing that I need is a raise," she said. "But you're not helping your employees. How is this possible?"

"If we don't speak up, we're not going to be heard, you know?" she told Moriarty. "And there's times that we got to suck up the pride and come out and do what we got to do."

Salgado is putting everything on the line: there's a $15-an-hour price tag on her American dream.

"Exactly," said Salgado. "But what I'm looking for is to be able to be safe and living well."

How historians view Trump – and how Trump sees himself