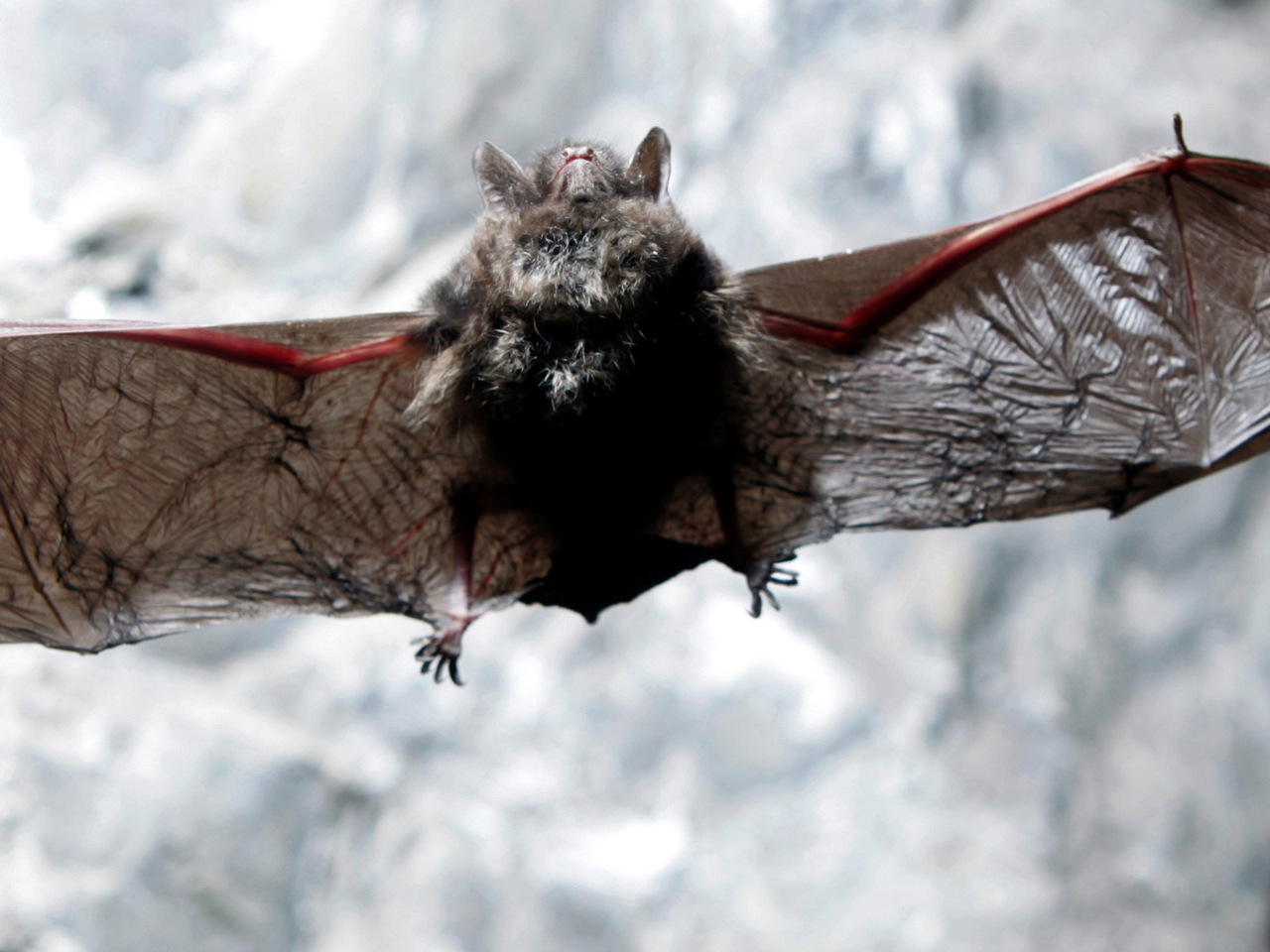 ALTAMONT, N.Y.--As white-nose syndrome kills millions of bats across North America, there's a glimmer of hope at hibernation spots where it first struck a decade ago: Some bats in some caves are hanging on.

Researchers trying to figure out why winter populations of bats in some hibernation sites appear to have stabilized are studying everything from behavior to cave conditions. Their answers about the persistence of the species known as little brown bats could be critical in dealing with the devastating fungal infection.

"We are hoping that things are turning around and the population may be able to recover over time," said Scott Darling, a biologist with Vermont's Department of Fish and Wildlife. "The caveat, of course, is stabilization is at probably 10 percent of what it was of the population. But still, it's good to know they're not continuing to decline."

The populations of little browns appear to have stabilized in some locations in upstate New York and Vermont, the region where dead bats were found with sugary white smudges around their noses starting in 2006. Afflicted bats rouse in the middle of winter and burn down their fat reserves as they look for food. Hibernation caves were decimated, with die-off rates hitting 90 percent.

White nose eventually spread through the Northeast and then beyond. It was identified last week in the state of Washington, making it a coast-to-coast scourge confirmed in 28 states and five Canadian provinces.

Bats play an important role in controlling the populations of insects that can damage wheat and other crops. Wildlife biologists have openly worried about some species disappearing. There were predictions that hard-hit little brown bats would disappear from the Northeast by 2026, and the northern long-eared bat was listed as threatened just last year.

The less grim reports about little browns come even as other caves continue to post declines. Jeremy Coleman, the national white-nose coordinator with the U.S. Fish and Wildlife Service, said "it's a mixed bag right now but we're very hopeful what we're seeing at some locations is evidence of persisting populations."

It's possible the fungus has fewer chances to transmit from bat to bat, and higher population numbers in some caves could reflect the movement of surviving bats from other caves. But there is evidence that bats can adapt to the fungus.

Bucknell University researchers analyzing hibernation patterns of infected little brown bats in upstate New York found they roused less frequently than bats during the peak of white nose mortality. That's good news because these bats have a better chance of conserving enough energy for the winter.

"The surviving bats are ignoring that trigger somehow. They're not being triggered to arouse," said Bucknell biology professor Ken Field.

Those bats could be behaving differently - perhaps finding a cooler part of the cave where the fungus fares worse. Or there could be some physical trait the bats could pass along to their offspring, Field said.

Scientists believe that bats in Europe and Asia have co-existed with the white nose fungus for a long time. In fact, the fungus may have made its way to upstate New York a decade ago on the boots or gear of a caver who was overseas.

Researchers from University of California Santa Cruz who tested bats in the Midwest and China for white-nose fungus found lower levels of infection in Asian bats and said signs point to a higher resistance to the fungus among those Asian bats.

"We don't know whether or not it's their immune system, some kind of microbe on their skin inhibiting their growth or what exactly is causing it," said researcher Kate Langwig, now a postdoctoral fellow at Harvard University.

The Santa Cruz researchers also are investigating whether bats in a cave can be treated by spraying on bacteria that has been shown to strongly inhibit the growth of the fungus in a lab setting.

Researchers caution that the emergency persists and even if little brown populations can rebound, it would be slow going since females can only have one "pup" per year. But there is a feeling they're closing in on at least some of white nose's mysteries.

"We're hopefully about to answer some of these questions," Field said.