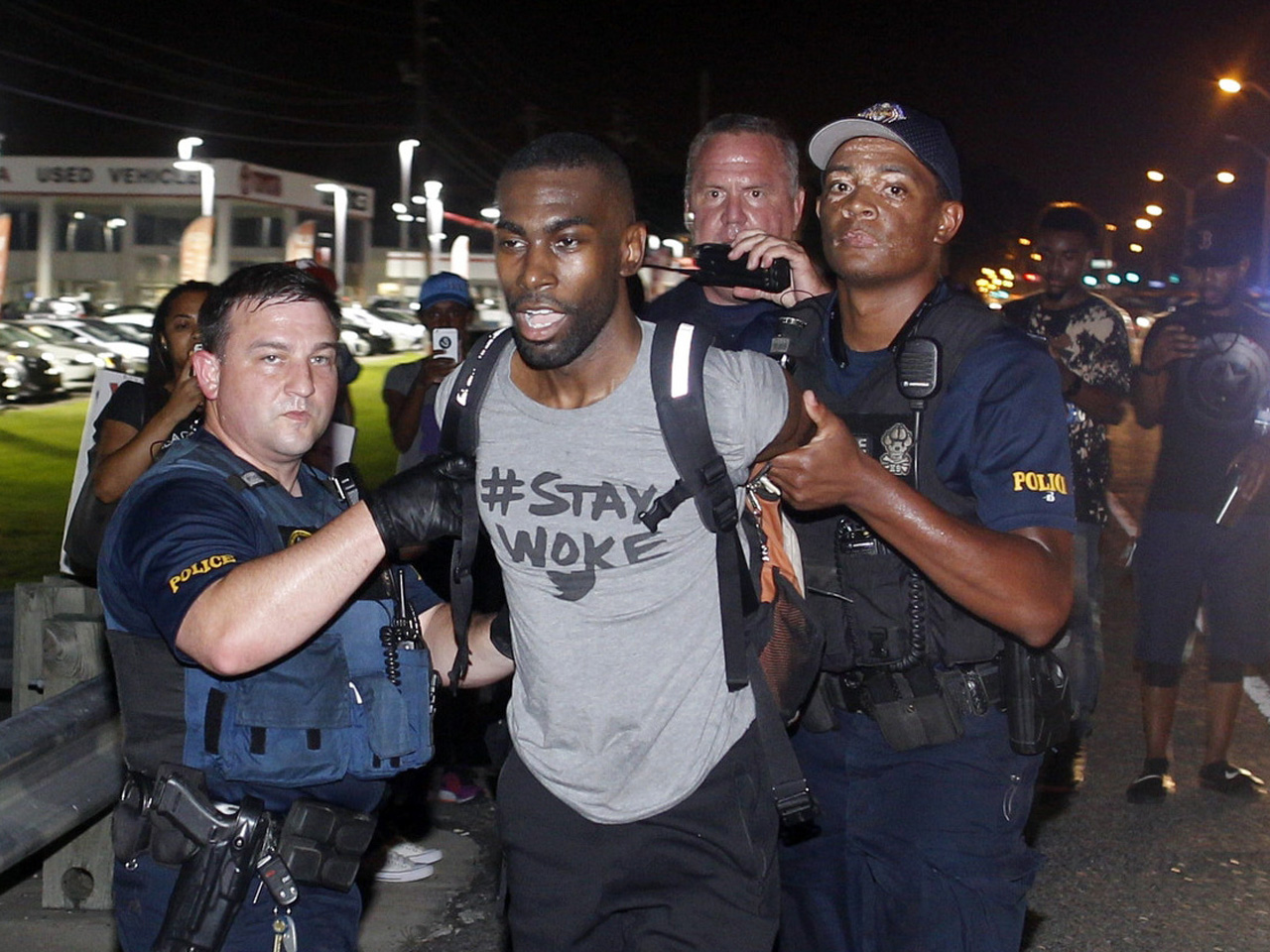 BATON ROUGE, La. -- A Baton Rouge police officer who claims he was injured during a protest after a deadly police shooting in July is suing prominent Black Lives Matter activist DeRay Mckesson, who was arrested during the protests.

The unnamed officer’s lawsuit says he was struck in the face by a rock or a piece of concrete thrown during a July 9 protest over the death of Alton Sterling, a black man shot and killed during a scuffle with two white officers.

The suit filed Monday doesn’t accuse Mckesson of throwing anything at officers but claims he “incited the violence.” Black Lives Matter also is named as a defendant.

Mckesson said he hasn’t seen the suit and couldn’t immediately comment. He and other protesters have sued the city of Baton Rouge over their arrests.

“I wish the Baton Rouge police would return my bookbag,” he wrote.

A video in July showed Mckesson walking alongside Airline Highway on his way back to the main area where the protests were going on when he was arrested.

On the video, Mckesson could be heard talking with fellow protesters and describing what he said was provocative police behavior against protesters.

“The police in Baton Rouge have been truly awful tonight,” Mckesson said on the video. “They have provoked people, they chase people just for kicks. The police have been violent tonight. The protesters have not.”

McKesson responds: “I’m under arrest, y’all!” before the camera is knocked to the ground. He was reportedly released from custody about 15 hours later.

Mckesson is a leading figure in the Black Lives Matter movement that blossomed in the wake of the 2014 killing of Michael Brown in Ferguson, Missouri at the hands of police.