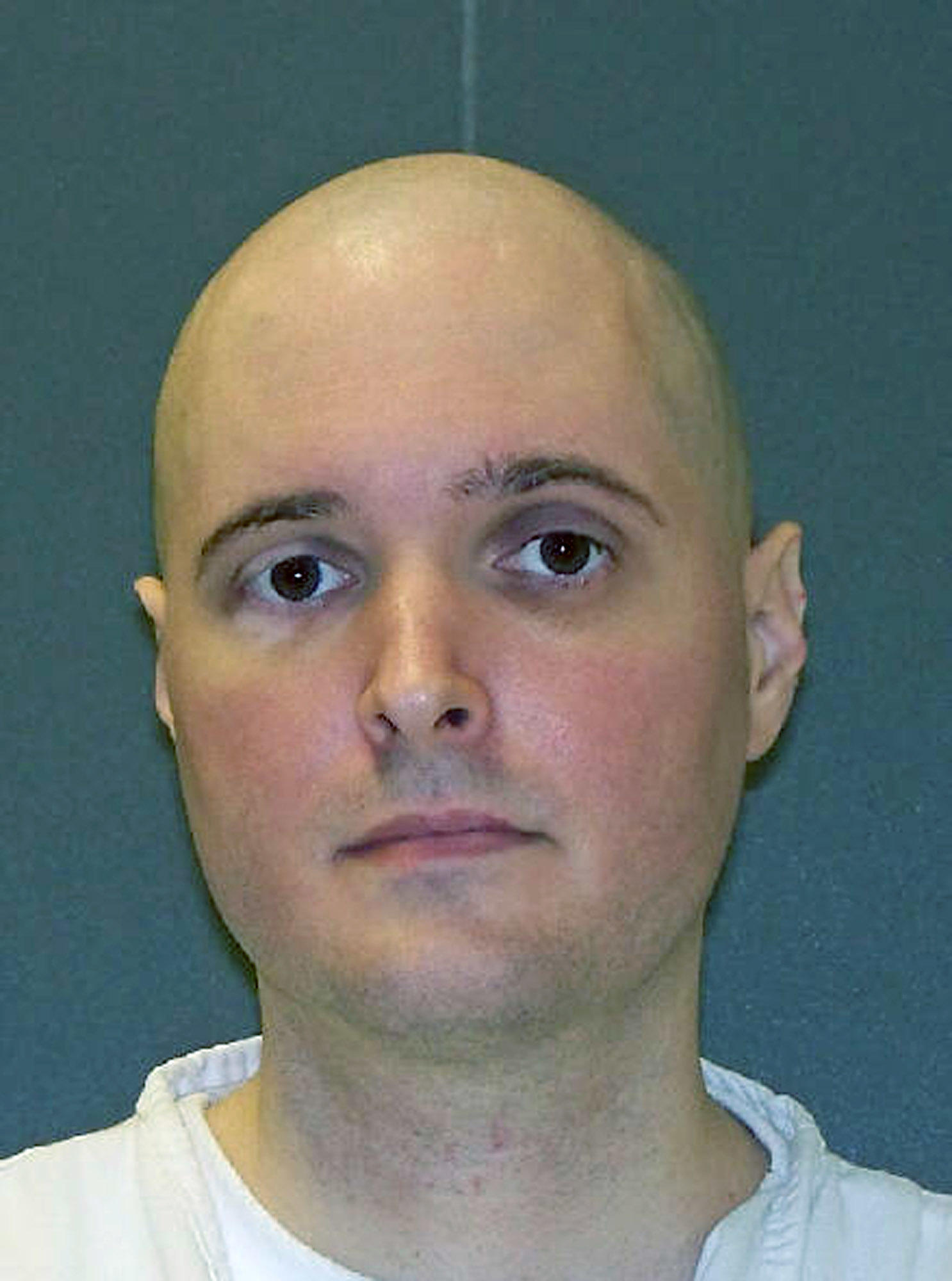 HUNTSVILLE, Texas -- Texas Gov. Greg Abbott on Thursday spared the life of a convicted killer shortly before the man's scheduled execution for masterminding the fatal shootings of his mother and brother. Thomas "Bart" Whitaker's father, Kent, who also was shot in the 2003 plot at the family's suburban Houston home but survived, led the effort to save his son from execution.

In sparing the Whitakerlife about an hour before he was scheduled for lethal injection, Abbott accepted the state parole board's rare clemency recommendation. Abbott commuted the sentence to life without parole.

"I'm thankful not for me but for my dad," Bart Whitaker told prison officials after getting the word in a tiny holding cell a few feet from the death chamber. "Any punishment that I would have or will receive is just, but my dad did nothing wrong. The system worked for him today. And I will do my best to uphold my role in the system."

The seven-member Texas Board of Pardons and Paroles, whose members are appointed by the governor, recommended unanimously Tuesday that Abbott commute the sentence. Abbott, a Republican had the option of accepting the recommendation, rejecting it or doing nothing.

"Mr. Whitaker's father, who survived the attempt on his life, passionately opposes the execution of his son. Mr. Whitaker's father insists that he would be victimized again if the state put to death his last remaining immediate family member," Abbott said in a proclamation issued Thursday evening, adding that Whitaker had also agreed to waive all further rights to parole.

Abbott, also citing the parole board's recommendation, added: "The totality of these factors warrants a commutation of Mr. Whitaker's death sentence to life in prison without the possibility of parole."

It was only the fourth time since the state resumed executions in 1982 that the parole board has recommended clemency within days of an inmate's scheduled execution. In the previous cases, then-Gov. Rick Perry, also a Republican, accepted the board's decision in one case and rejected the other two, who subsequently were put to death in the nation's most active capital punishment state.

Kent Whitaker said he was "humbled" and looked forward to hugging and touching his son.

"It was overpowering," he said of the governor's decision, which he learned in a phone call from Keith Hampton, one of his son's lawyers. He and supporters were nearby the prison in a home used by inmate visitors and were standing and praying, Whitaker said. He put Hampton's call on his speakerphone and said the room "erupted."

"One of the blessings that is going to come from this, for me, is that as time goes by perhaps (Bart) will earn the privilege of having an open visit where I'll be able to actually hug him and shake his hand. And that hasn't happened since June of 2004; so I'm really looking forward to that." said Kent during the press conference.

Texas Department of Criminal Justice spokesman Jason Clark said Bart Whitaker placed his arm through the bars of the holding cell after he was finished speaking with prison officials and asked to shake his hand.

"I haven't touched another person in 13 years," Whitaker told Clark, who said he accepted the prisoner's request. Death row inmates in Texas are kept alone in their cells for 23 hours a day and their one hour of recreation also is alone in a concrete wall enclosure.

Agency spokesman Jeremy Desel said Whitaker would not be returned to death row but would be taken to a prison processing facility where he'd be treated as a new incoming inmate and eventually assigned to a unit in general population, a process that likely would take a couple of weeks.

Nearly two years later, Bart Whitaker was arrested in Mexico after investigators determined he arranged the plot in hopes of collecting a family estate he believed was worth more than $1 million.

He hated his parents and brother at the time, he said.

Whitaker's father said he loves and has forgiven his son, calling him a changed person.

"As the greatest victim in this case, you don't have to convince me how awful this crime was," Kent Whitaker said.

Evidence showed the plot included two of Bart Whitaker's friends and was at least his third attempt to kill his family. Whitaker's wound to his arm was meant to draw attention away from his involvement. Unknown to his parents, the dinner celebration marking his graduation was a fraud. He'd dropped out of school months earlier.

The gunman, Chris Brashear, pleaded guilty in 2007 to a murder charge and is serving life in prison. Steve Champagne, who drove Brashear from the Whitaker house the night of the shootings, took a 15-year prison term in exchange for testifying at Whitaker's trial.