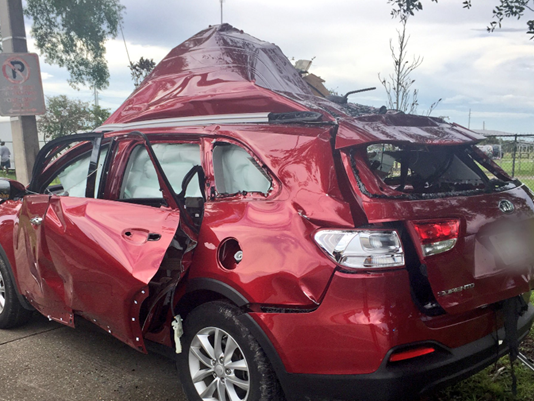 ORLANDO, Fla. -- A Florida woman lit a cigarette, sparking an explosion of a propane barbecue grill being transported in her SUV.

CBS affiliate WKMG-TV reports the vehicle was in front of the entrance to the Central Florida Fairgrounds when the explosion occurred on Sunday afternoon.

Orlando police Lt. Cindy Lane tells news outlets that the grill was turned on and the propane tank was open in the back of the red Kia Sorento.

According to WKMG-TV, the woman was in the front passenger seat when she lit the cigarette.

Lane says the woman and her husband were burned and their sports utility vehicle was severely damaged. The couple's injuries are not considered to be life-threatening.