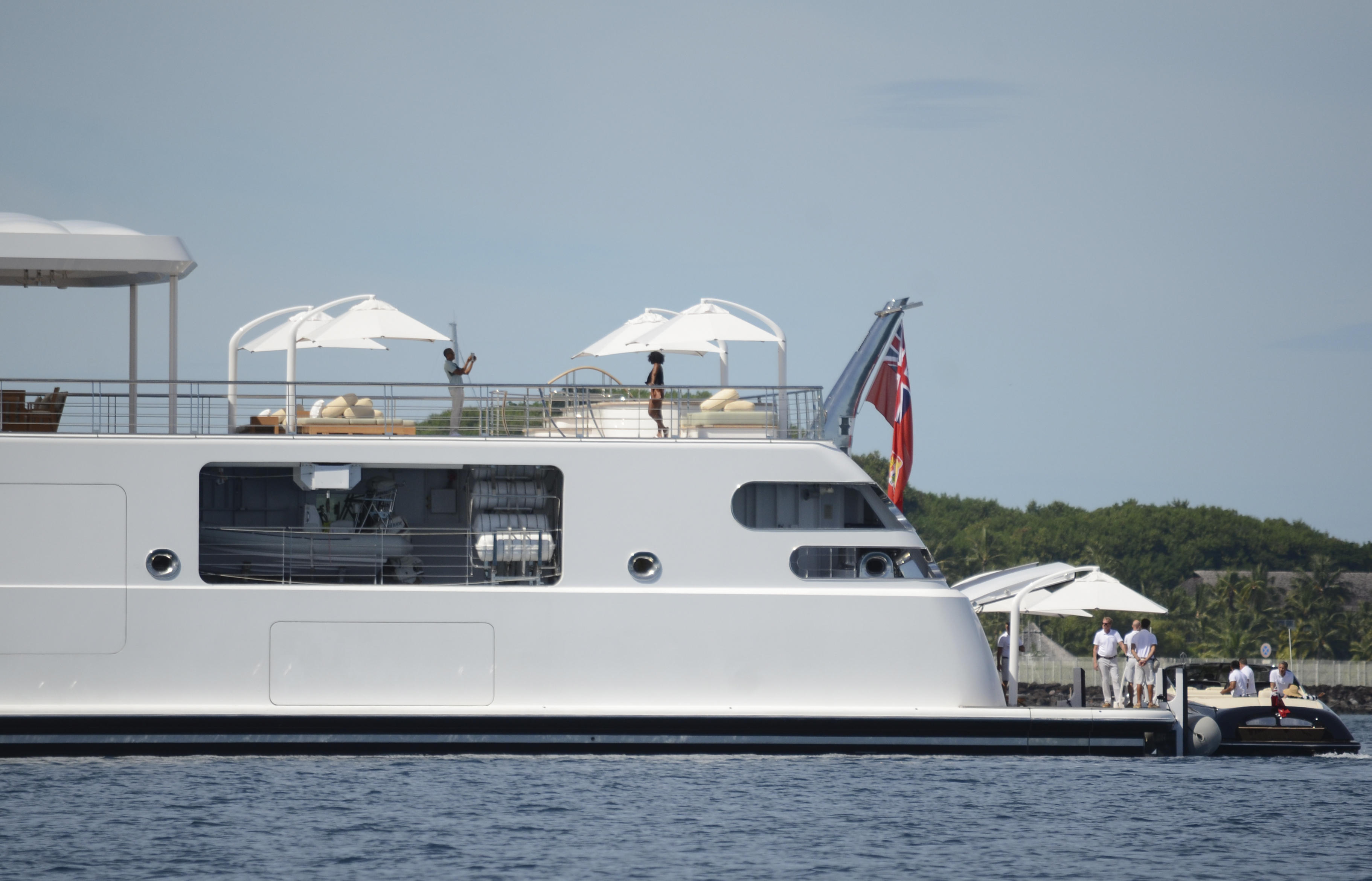 Since leaving the White House in January, the Obamas have taken some time off to enjoy themselves in warmer climates such as Palm Springs; the British Virgin Islands, where Obama was seen kitesurfing; and the private island Tetiaroa, once owned by Marlon Brando, where Mr. Obama has been holed up writing his White House memoir.

But most recently, he was spotted snapping a photo of his wife and former First Lady Michelle Obama on the 454-foot Rising Sun Yacht near the island Moorea in French Polynesia. The luxurious ship, owned by billionaire David Geffen, also had Tom Hanks, Bruce Springsteen, Patti Scialfa, Rita Wilson and Oprah Winfrey on board.

The photo, which Mr. Obama apparently took on a tablet device, prompted an excited response from fans of the couple.

Geffen often brings celebrities along for trips on his yacht, which according to Forbes is the world’s 11th largest and has its own basketball court.