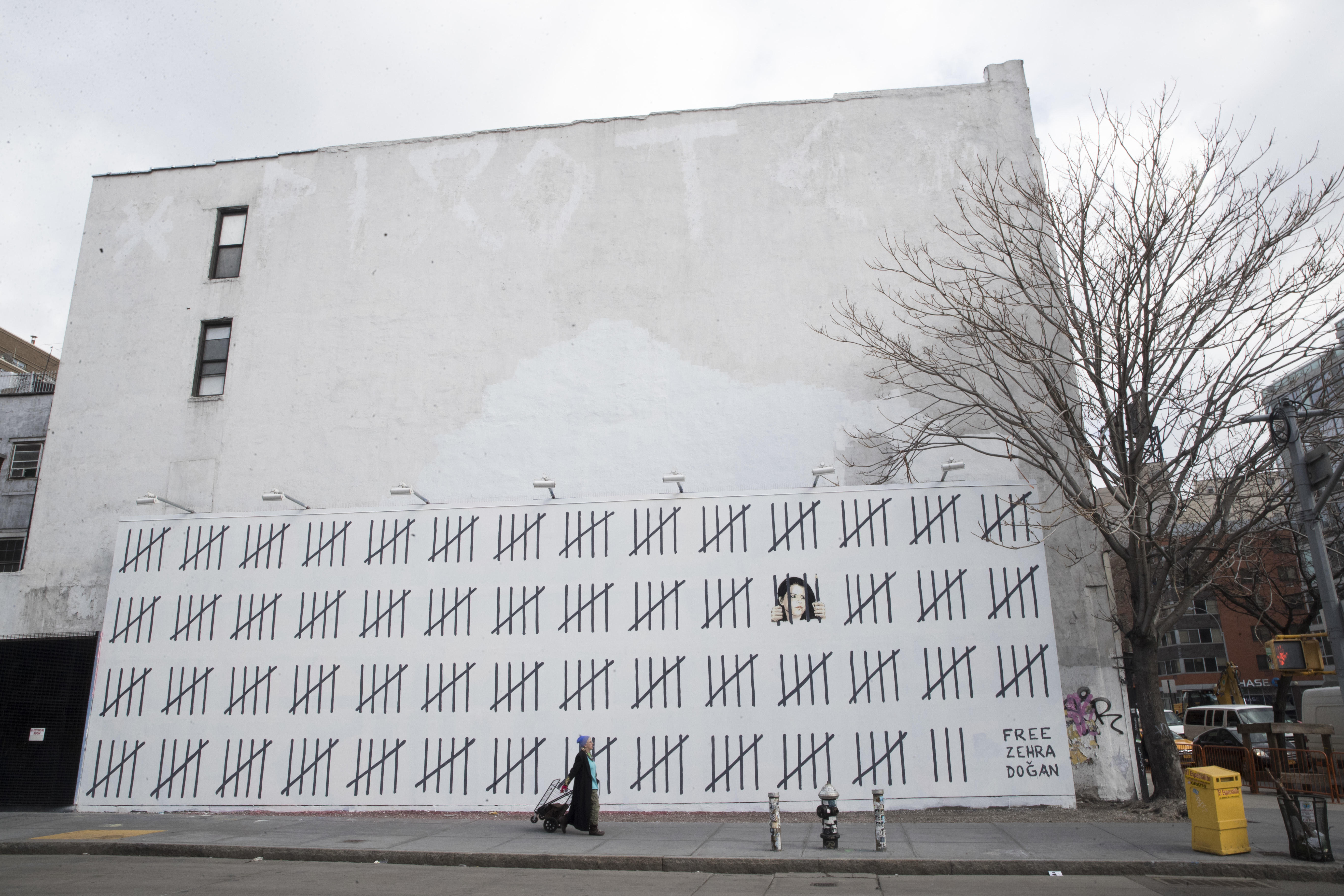 Zehra Dogan, an ethnic Kurd, was jailed after painting the Turkish flag flying over the rubble of a destroyed town.

According to human rights advocacy group PEN International, Dogan was convicted in March 2017 of "propagandizing for a terrorist organization." It says Dogan argued at her trial that painting a real-life event based upon a photo taken and disseminated by the Turkish military was part of her work as a journalist.

Banksy's 70-foot-long mural consists of black tally marks representing Dogan's days in a Turkish prison. Dogan is shown jailed behind one set of marks, grasping one that's transformed into a large pencil. A lower corner of the mural bears the slogan "Free Zehra Dogan."

"One year ago Zehra Dogan was jailed for painting this watercolour of a photograph she saw in the newspaper. Protest against this injustice…" Banky wrote on Instagram. "Sentenced to nearly three years in jail for painting a single picture. #FREEzehradogan."

"I think it's really great. We love street art and we love the political aspect of this kind of work, and it's awesome," one woman told CBS New York.

"It's so simple but so powerful," added woman another. "I like it very much."

A more discrete piece also appeared at West 14th Street and Sixth Avenue, showing a rat sketched into a clock.

"It's a rat race," Ian Spain said. "It's how capitalism has taken over New York City and how they're destroying -- I think this building's getting torn down for condos -- so they're destroying old, historic buildings for pure profit."

"I love it. I wish he'd come back," another man added.

The Dogan mural was created in collaboration with "Borf," an artist who has served jail time for his graffiti, according to Banksy's publicist.

The artist spent 30 days in New York in 2013, producing one piece of art per day over the course of the month.