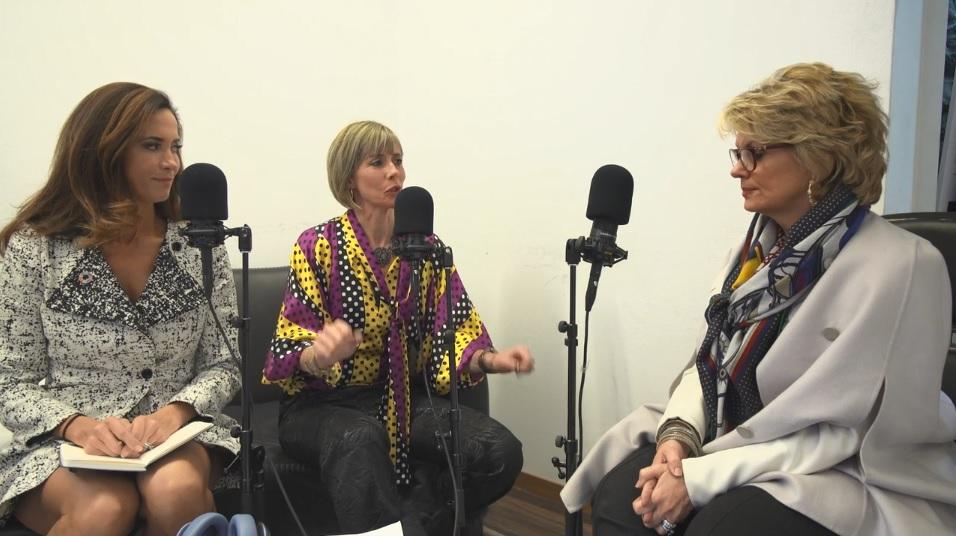 DAVOS, Switzerland -- Anne Finucane, vice chairman at Bank of America, is a leading example of a woman who has maintained success in the work place. She recently spoke with Special Adviser for the UN Claudia Romo Edelman and Hub Culture executive editor Edie Lush — co-hosts of the Global Goalscast — during the World Economic Forum about how gender equality has flourished in the financial industry.

"It helps when you have a diversity of an employee base," she said. "So, that makes a difference right there because you have diversity of thought, let alone gender. There's nothing like having a meeting and it's not all one type of person. That alone I think has changed things."

A little over a year ago, Bank of America also reshaped their gender equity, which according to Finucane, boosted the company's employee satisfaction level.

"We made sure that no employee made less than $15 an hour. The lower paid employees have always had lesser healthcare costs. Our maternity, paternity leave have 16 weeks of paid leave, which they do not have to take all at once," she said.

"You're the woman in the top position in banking," Edelman interjected. "How did you get there? How did you become like a woman in leadership?"

"I'm very encouraged by seeing more and more women. There are not enough of us, that's for sure," Finucane said. "But this compared to five or six years ago even is impressive."

"My own journey is long -- lots of successes and lots of failures," she continued. "Lots of sort of crummy years and then some good ones. I think that's how it really is for most people. I would just like to see more women get there more quickly than I did. I think it took me longer than I would have liked. I think this is our moment to press the point."

"So how do we keep the momentum," Edelman asked.

"I think we have to continue to be as good as we can. I mean, it can't be a favorite. It has to be what it's always been, which is not only do we deserve to be there, but we should be at the table. And we just have to insist that when you succeed, you reach back and make sure you're bringing someone else along."

Asked what the future of women will look like five years from now, Finucane responded: "More of us in leadership positions."

"I think we can't be apologetic. Men and women both have strengths and weaknesses. I'm not sure they're always gender-related, by the way, but I think that we have to be willing to help each other and move each other along," she concluded.