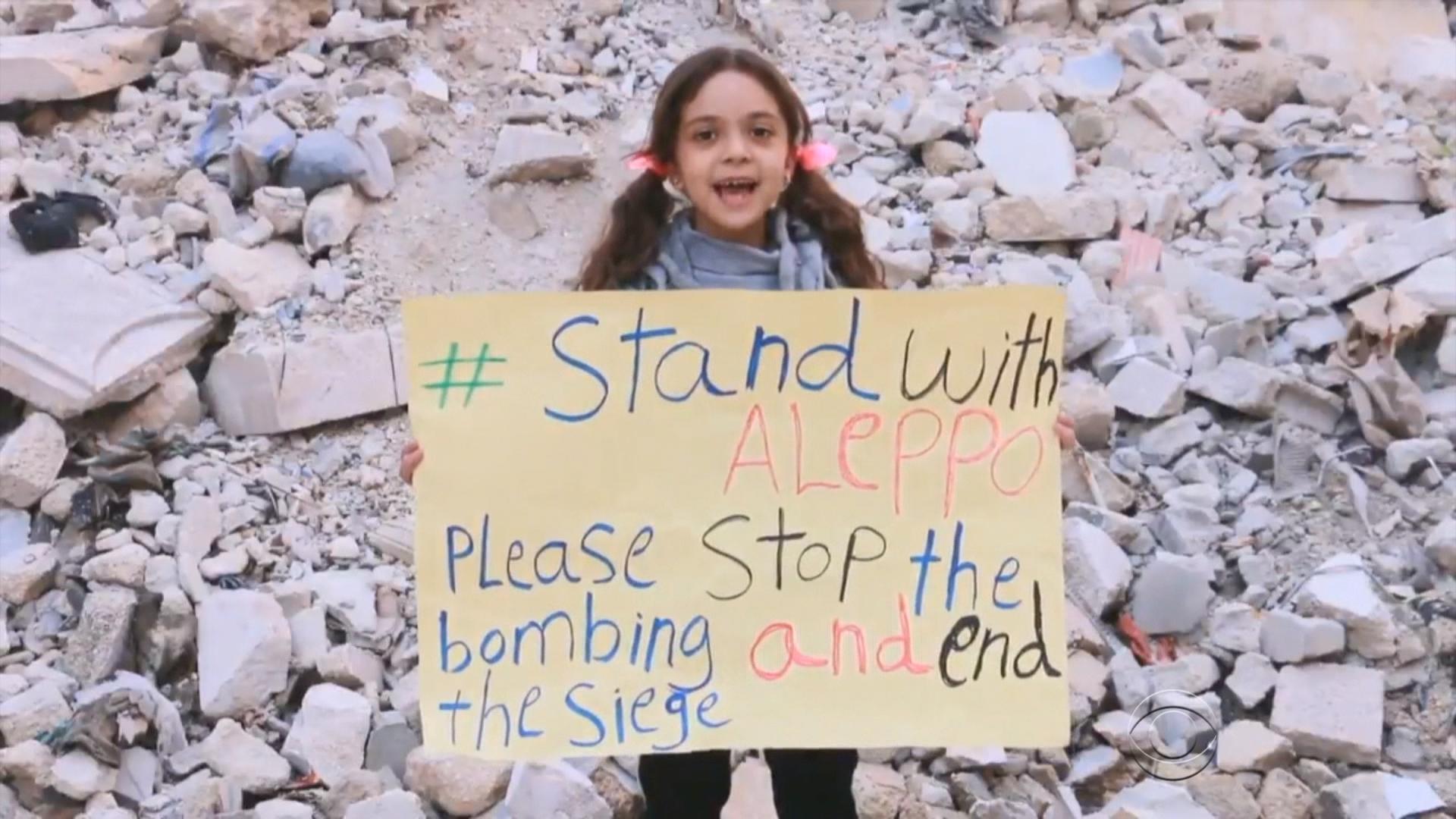 LONDON -- As the Trump Administration prepares to suspend new U.S. visas for people from countries including Syria, and to halt the current U.S. refugee program,  the little Syrian girl who became a social media sensation for tweeting about the crisis in her native Aleppo is now pleading with Mr. Trump to help.

In a letter sent to the U.S. leader, that CBS News has seen a copy of, she tells Mr. Trump that “peace is important for everyone, including you.”

“They are suffering because of adult people... so can you please save the children and save the people of Syria?” she asks the American leader.

She penned the message from her new home in Turkey, where she has lived since being evacuated from Aleppo last month. She called her former hometown “a city of death” and told Mr. Trump he “must do something for the children of Syria because they are like your children and deserve peace like you.”

Alabed amassed an international following of more than 360,000 via the Twitter account she and her mother used to highlight the violence in Syria. President Bashar Assad claimed the account was fake, and called the tweets “propaganda.”

It’s still unclear what actions Mr. Trump will take in the war-torn country, but little Bana beseeched him; “If you promise me you will do something for the children of Syria, I am already your new friend.”

For a little girl with friends who has lost so many friends and loved ones to the war in her country, the stakes are high.

Various human rights organizations report between 300,000 and 400,000 people have been killed in the Syrian conflict. Along with have fled that country since the conflict began in 2011.