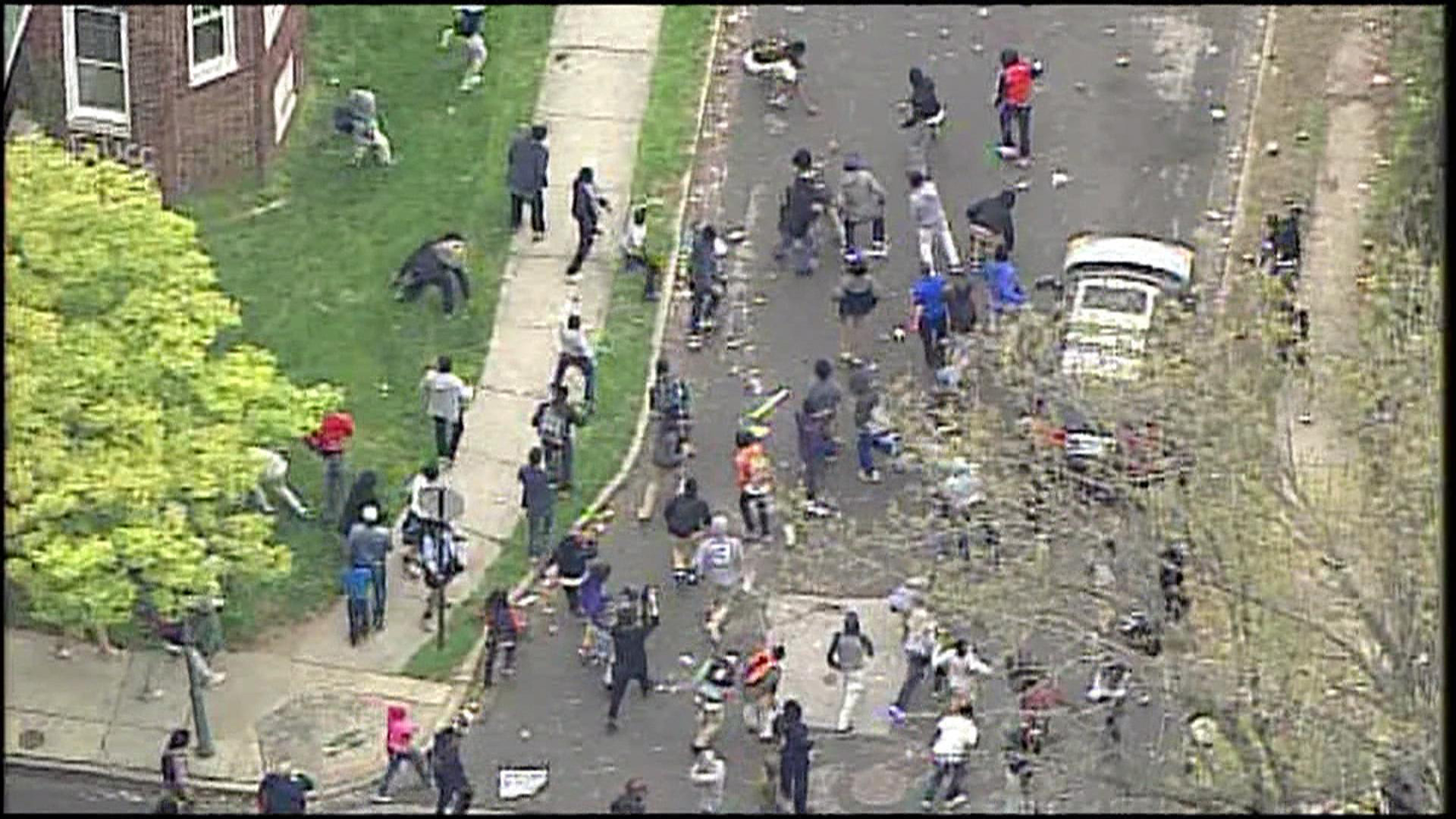 Baltimore has been in the national spotlight for almost two weeks following the death of Freddie Gray, who suffered a major spine injury while in the custody of Baltimore police.

Gray's death was the spark that set off widespread demonstrations, some of which devolved into rioting and looting in the predominantly African-American neighborhood of West Baltimore.

But recent events are also a result of long-simmering tension between minority communities and police in the city, something even the mayor acknowledged in an interview on "CBS This Morning."

Most of the rioters were young African-American males, and according to one of them, the destruction is something the community needs to happen in order to bring about change.

"I look at our police, Baltimore city police, as bullies," Maurice Brown, 26, told CBS News. In his eyes, demonstrating peacefully will not spur the change he and his community need.

"When you pick up something and knock [your bully] upside his head, it gives him a different perspective. He says 'Oh, okay now he's fighting back. Maybe I should stop bullying him before I end up hurt,'" Brown said.

The riots were "us knocking the bully upside his head."

From Brown's perspective, police in Baltimore are trying to goad a negative reaction. Adrienne Hill, 22, agreed with Brown, and went as far as saying there are police and members of the public that are actively antagonizing and harming black citizens.

"There's a lot of people who agree with African-American brutality," Hill said.

Those views are further aggravated by the feeling of no escape from poverty and violence in the African American community.

Data from the U.S. Census Bureau shows a stark picture of the economic reality for African Americans in the city of Baltimore.

Median income for black households is less than half that of white households. Plus, the unemployment rate for blacks in 2013 was estimated at 18.3 percent in the city, compared with 7.4 percent of whites.

Economic issues and run-ins with police may have led some in the community to turn to violence, according to Brown and Hill.

"You have to come to a point where something has to be done. Enough is enough," Hill said.