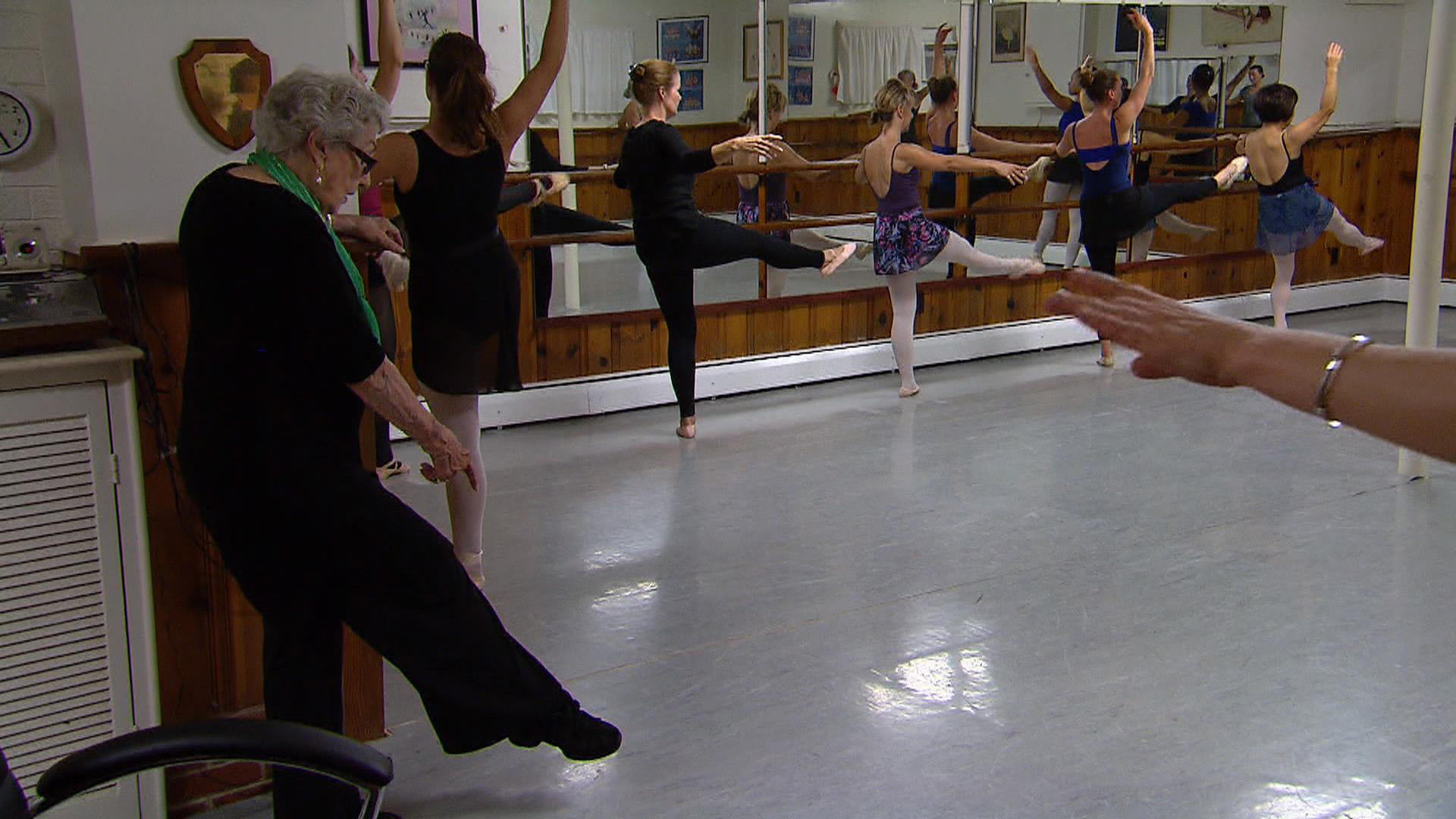 FALLS CHURCH, V.a. -- What's the secret to staying young? For one woman, it's doing the thing you love, no matter the obstacle.

Solange Binda Maclean,or "Madame" as she's know to her students, has been teaching ballet for 67 years.  At 95 years old, she says she has no intention of slowing down.

But she's defied convention all her life, starting when she was born. "There was at that time no doctor, so there happened to be a Japanese vet," Maclean said. So it turned out a veterinarian delivered her.

That was in China, where her Belgian father worked as an engineer. She had a privileged childhood, including a big house, horses, and dance lessons with a renowned Russian ballerina -- all of which went away during World War II.

"We had about a week to be told that we were going to go to a concentration camp," Maclean said. "And uh, we stayed there for three and a half years."

Amid the starvation and squalid conditions at the Weihsien Internment Camp, she still managed to dance.

Maclean said they made their own costumes "out of sheets or anything."

After allies liberated the camp, Maclean married an American soldier and moved to the Washington, D.C. suburbs. But the marriage didn't last, and with two small children to support, she started teaching dance in 1950. In the years since, she's taught thousands of students, many of whom have gone on to have their own dance careers.

Her studio is a shrine to decades of rehearsals and recitals, packed with her hand-stitched costumes.

She doesn't sew as much anymore, but she still drives, both her car and lawn mower, and of course she teaches.

When CBS News pointed out that she could have stopped teaching years ago, she responded: "Oh, but that's my vitality. I take my oxygen from them!"

For Madame Solange, ballet is life, and it's kept her on pointe throughout the years.