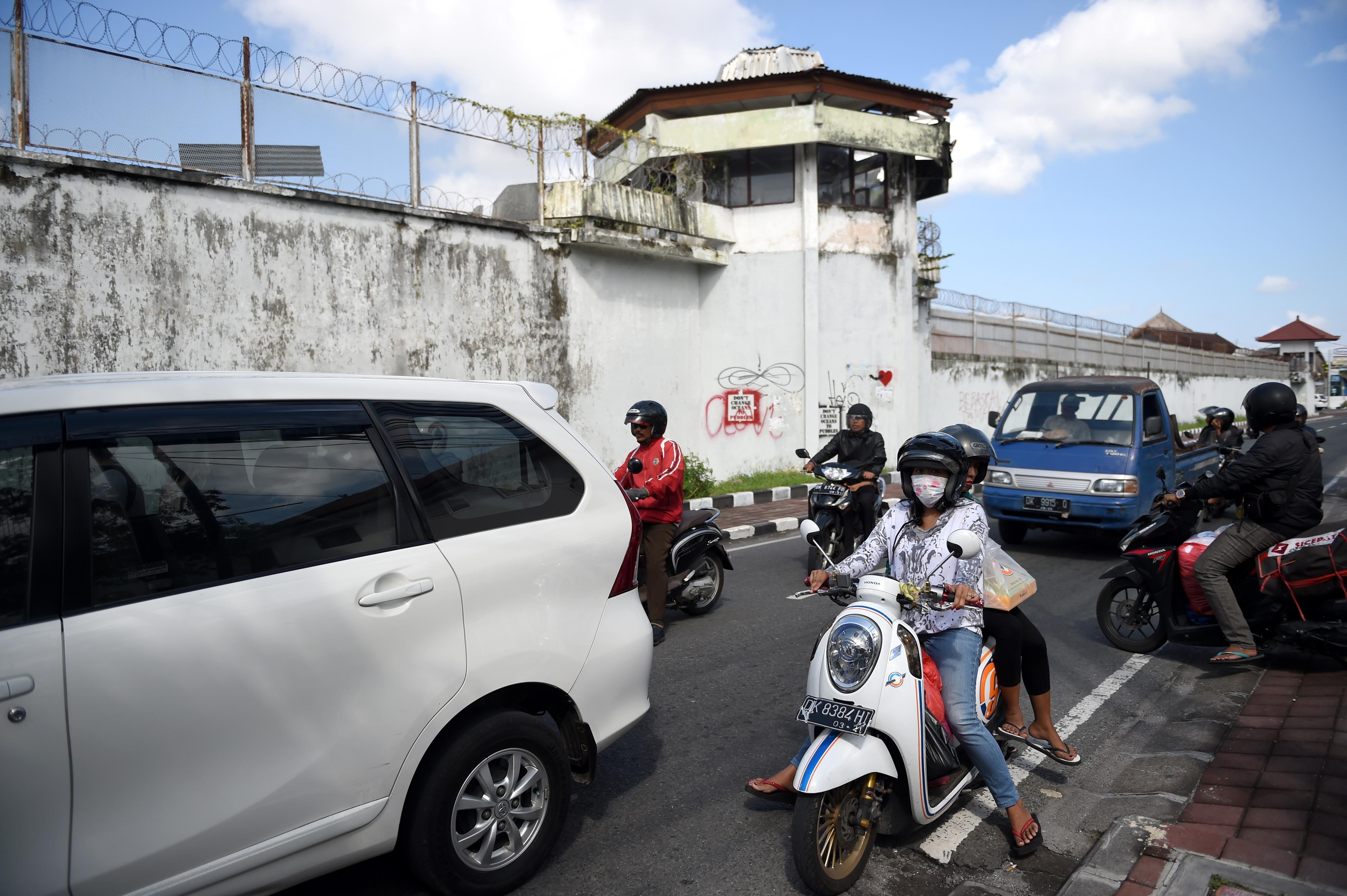 BALI, Indonesia -- An American citizen detained for a drug offense escaped Monday from an overcrowded and under-staffed prison on the Indonesian resort island of Bali.

Head of Kerobokan prison Tonny Nainggolan said Christian Beasley, 32, was believed to have escaped at around 4 a.m. by sawing through a ceiling and then jumping over a 20-foot high wall behind the prison. CBS News partner network BBC News said Beasely and another man used a ladder that was onsite for construction work to scale the high wall.

Beasley was arrested in August at a post office in the Kuta tourist area of Bali with a package containing 5.7 grams of hashish.

Nainggolan said another American inmate, Paul Anthony Hoffam, 57, who was serving a 20-month jail since July for robbery, was captured while trying to escape.

An investigation was underway to find out possible involvement of prison guards in the incident, said Surung Pasaribu of the local Law and Human Rights Ministry. He also said there is a shortage of guards for the prison, which was built to accommodate about 300 people but has nearly 1,600 inmates.

It was the second escape from the Kerobokan prison in Bali's capital, Denpasar, since June when four foreign inmates from Australia, Bulgaria, India and Malaysia escaped through a drainage tunnel.

Jailbreaks are common in Indonesia, where prisons are overcrowded by people convicted of drug crimes as part of the government's anti-drugs crusade.

In May, more than 440 prisoners escaped from an overcrowded prison on Sumatra island when they were let out to perform Friday Muslim prayers. In July 2013, about 240 prisoners, including several convicted terrorists, escaped during a deadly riot at a prison in another part of Sumatra.