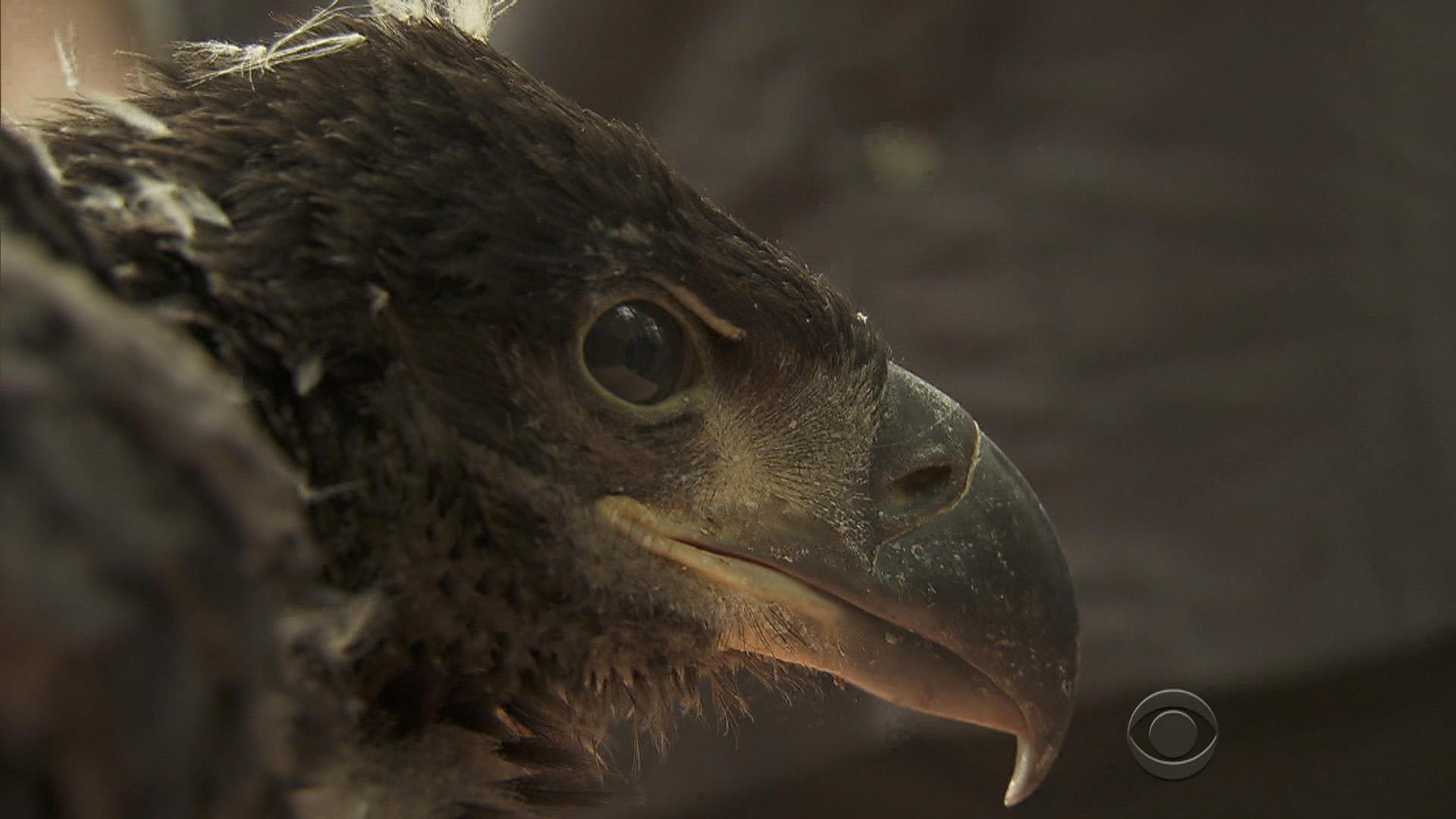 A bald eagle is receiving medical care this Fourth of July weekend after it was found on a Washington, D.C., street Saturday afternoon -- injured and unable to fly.

Not long ago, the symbol of America's strength and freedom was hard to find anywhere in the United States. Now, the bald eagle is back, CBS News' Chip Reid reports.

In southeastern Virginia near the Chesapeake Bay, expert climber Shane Lawler scales the highest trees in the forest, because that's where bald eagles live.

While their parents circle -- and complain -- high above, 5-week-old twins are gently placed in a bag and lowered to the ground, where wildlife biologist Bryan Watts and his team take over. They fit the dazed birds with ID bands and give them physical exams that most humans would envy.

CBS News asked if the bird was in pretty good shape, and Watts replied, "Yeah this bird is great."

Watts is director of the College of William & Mary's Center for Conservation Biology. He has monitored the health of the bald eagle population in Virginia for 30 years.

The progress has been stunning, starting in 1972, when the deadly pesticide DDT was banned.

CBS News asked Watts where the bald eagle would be today if DDT wasn't banned and the Endangered Species Act wasn't passed.

"The eagles would be gone from the Bay," Watts said.

In 1970, there were only 20 breeding pairs left in Virginia. But their numbers grew on the James River. Last year, Virginia had 1,060 breeding pairs.

Watts says their recovery is one of the greatest conservation success stories in American history.

"The most gratifying part of that is the knowledge that we did that," Watts said. "You know, not the small 'we' at the conservation community but the large 'we' of the American people."

We the people should be proud, he told CBS News, that our national symbol has come soaring back from the brink of extinction.