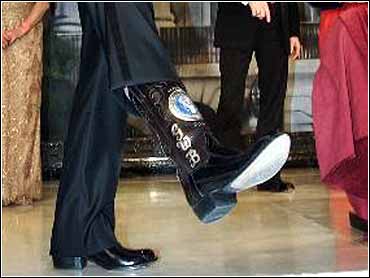 Forget agonizing over baby name books. A new study shows even the most unfortunate set of initials may not come with a curse.

Despite the notion that a less than desirable monogram may bring bad luck, researchers say someone with initials that spell something negative, like DIE or ROT, are no more likely to wind up in an early grave than someone blessed with positive initials, like WOW or JOY.

In the study, researchers looked at California death records from 1905 to 2005 to see if there was a statistical relationship between initials and longevity.

Researchers came up with a list of "good" and "bad" initials by asking a group of college students to rank which initials they'd be most and least happy to have.

However, in both cases, the observed difference in longevity was not large and the researchers considered this a chance finding in their study rather than a real observation.

Researchers say the difference in findings between this study and the 1999 study may be explained by the fact that they grouped records by year of birth rather than year of death as the previous study did. They say initial choices vary over time.

For example, 50 years ago the initials ICE and FLY were not considered complimentary, but they may be today due to slang usages.

Researchers say there is "no persuasive biological theory of how longevity should be significantly affected by initials."

"Every conventional naming book gives the guideline, 'Don't forget to look at the initials,'" says Satran in a news release. "Even if the second study contradicts the first, and having bad initials is not going to shorten your life span, it could make what there is of your life less pleasant. And who wants to foist that on innocent children?"