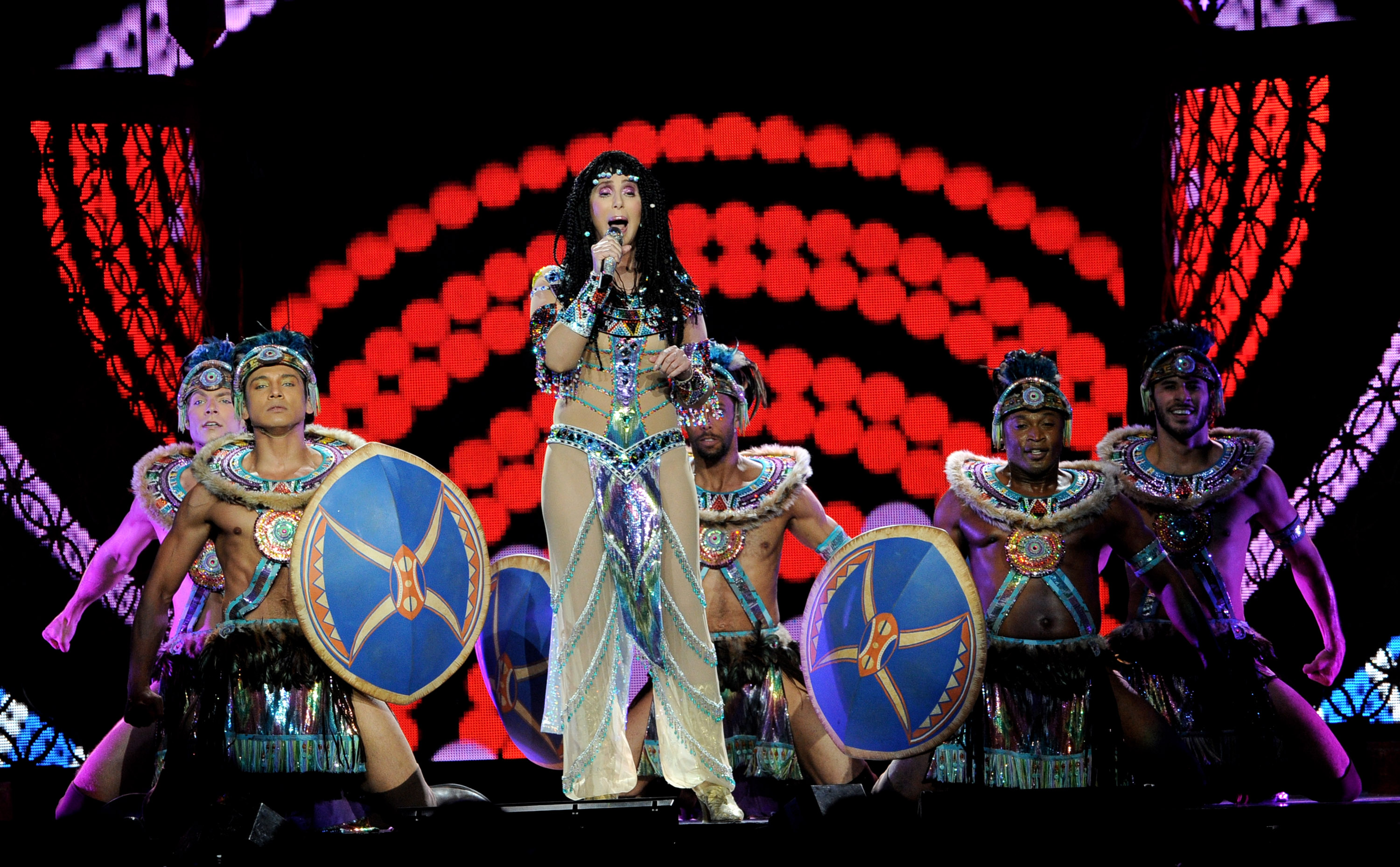 Three backup dancers sued Cher on Thursday claiming they were wrongfully fired from her current tour and the singer engaged in racial discrimination to prevent another black dancer from joining her onstage.

The dancers claim Cher remarked that her successful "Dressed to Kill" tour had "too much color" and instructed choreographer Kevin Wilson not to hire any more dark skinned dancers. Wilson, who is black and also danced onstage on the tour, was fired in July along with two other dancers who claim they were discriminated against.

Wilson and dancer Suzanne Easter, who are both African-American, are suing Cher along with former colleague Jacquelyn Dowsett Ballinger claiming they were wrongfully fired after complaining to managers that another dancer assaulted an unidentified woman in a hotel room while on tour. Wilson and Easter say race was a motivating factor in their dismissal, while Ballinger, 42, is alleging age discrimination.

"The accusations are ridiculous," Cher's publicist Liz Rosenberg said Thursday. "They couldn't be further from the truth."

The 68-year-old singer-actress had to postpone three weeks of shows due a viral infection earlier this month. Her "Dressed to Kill" tour has been ranked among the top-10 grossing tours of 2014 by the trade publication Pollstar. Cher has been on tour behind her 2013 album, "Closer to the Truth," which marked her first new full-length studio release since 2001.

The lawsuit states the dancers were told they were being fired to save costs on the tour. Their wrongful termination lawsuit seeks more than $10 million in damages, although any award would have to be determined by a jury.

The dancers' attorney, Perry C. Wander, said he believes the claims have merit. "The allegations are made by long term employees who have been on tour with Cher for over a decade," he said.