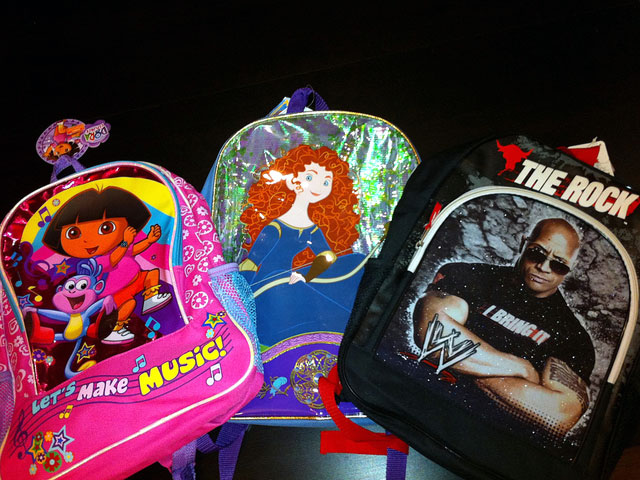 (CBS News) Children's back-to-school backpacks and other supplies may contain higher levels of potentially toxic chemicals than the government allows in most toys, a new study shows.

The study found that about 75 percent of children's school supplies contain high levels of potentially toxic phthalates. New York Sen. Charles Schumer called for new laws to regulate the chemical while discussing the report, which was released by the advocacy group Center for Health, Environment & Justice (CHEJ) on Sunday.

Johnson & Johnson to phase out potentially harmful chemicals by 2015
New car smell is toxic, study says: Which cars are worst?

The CHEJ  says phthalates are a class of chemical used to soften vinyl plastic that are hazardous at even low levels of exposure. Phthalates have been linked to birth defects, early puberty, infertility, asthma, ADHD, obesity, and diabetes.

In light of the findings, Senator Chuck Schumer of New York said he would push for the Safe Chemicals Act, a bill co-sponsored by New Jersey Senator Frank Lautenberg. The act would give the Environmental Protection Agency more authority to regulate chemicals used in consumer products.

"It's time for Congress to move forward and pass the Safe Chemicals Act to protect our children and schools from toxic exposure," Mike Schade of CHEJ said in a statement.

Besides plastics, the chemical is also found in personal care and beauty products, adhesives, electronics, toys, packaging and even some medication coatings.

Previous research suggests phthalates are endocrine-disrupting chemicals that may alter hormone regulation and other mechanisms in the body. A recent study tied phthalates to an increased risk of diabetes for some women.

High levels of phthalate exposure through the use of plastic medical devices for feeding, medicating and assisting the breathing of newborn infants, may affect the male reproductive development, according to the National Institute of Environmental Health Sciences.