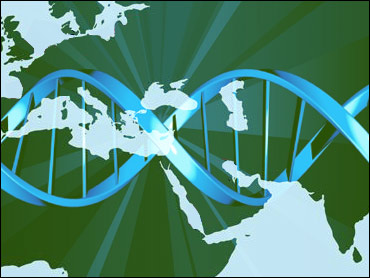 
To hear my parents tell it, my ancestral cocktail breaks down like this: two parts British, one part German, and one part French. (One of my distant grand-pėres worked for Lafayette as a mercenary).

But Dr. Spencer Wells, a geneticist who has seen my DNA results, offers a much different perspective: He says I have a Y chromosome with a marker called M-343. "This," he says with scientific confidence, "defines the R1b lineage."

R1b? So, is that English, German or French?

According to Wells, I'm a lot more worldly than my parents would have me believe. In fact, based on one DNA cheek swab, he tells me exactly how my ancestors migrated across the globe over tens of thousands of years to get me where I am today.

Wells is the brain trust behind the Genographic Project - a five-year effort to map the journey of humankind. The project, spearheaded by National Geographic and IBM, aims to take more than 100,000 DNA samples - from both indigenous communities and the general public - in order to trace the path of our ancestors.

"We see a chance to write the genetic history of our species," Wells says.

The genetic history of my ancestors, the so-called R1b lineage, turns out to be quite a long and winding one. Genetically speaking, R1b is type of haplogroup - a series of genetic markers that I share with other men who carry the same random mutations. As an R1b guy, my immediate ancestors do indeed hail from Western Europe. But that was just the last stop on a long journey.

In a nutshell, Wells says, my ancestors' migration goes something like this: They started in Africa roughly 50,000 years, when they embarked on a risky exodus to the Middle East. From there, they ventured westward along the step lands of central Asia. During this leg of the journey, they became skilled hunters and lived off woolly mammoth. When my ancestors, aka the Cro-Magnon, traveled farther west, some 16,000 years ago, they sat out the worst part of the last Ice Age and retreated to the warmer confines of the Mediterranean. Only when the ice melted did they finally settle in Western Europe.

"They brought with them art and fully modern technology and actually took over Europe from the Neanderthals," Wells tells me.

My cave-painting, tech-savvy ancestors thrived. Today, R1b (which is scientific shorthand similar to a car model) is prevalent throughout Western Europe; up to 90% of Spanish men and 95% of Irish men carry it but only 5% do in the Middle East. (Take an interactive genetic journey).

To get a sampling that can yield a representative analysis, the Genographic Project not only solicits DNA samples from people like me, they also employ 10 scientists to cull data from indigenous communities around the globe - from Paris to Shanghai to Melbourne.

Pierre Zalloua, the project's chief investigator in Beirut, hasn't just been taking samples of DNA; he's been taking cover from F-16's. Zalloua, who is Lebanese, says that the recent turmoil in the region has tested his deepest hope for this project: to unify different people in the region through shared genetic histories.

"I came to change the sad reality in the Middle East and to tell people how close we really are to each other," he says. "The fighting has dealt Lebanon and me personally a big blow."

But Zalloua plows through the dangers in the pursuit of science. He and Wells recently journeyed to another hotspot, Chad, because geneticists know very little about the lineages in central Africa. There they met with the Toubou tribe in the Tibesti Mountains as well as another indigenous group in the south, where a dying language (Laal) is spoken by fewer than 200 people. Zalloua says roughly 300 individuals across Chad were sampled.

The success of the Genographic Project hinges on collecting samples not from people like me, but from indigenous groups like the Toubou. That's because the world's remaining indigenous peoples' ethnic identities are isolated; therefore, their key genetic markers (unlike mine) have remained unaltered for hundreds of generations.

"They really give us a glimpse of our ancestors," Wells says, "because they've preserved their genetic characteristic."

(That very notion of preservation has at least one group less than enthusiastic about the project.)

But is the Genographic Project actually writing an accurate history?

Dr. Joanna Mountain, a Stanford University geneticist, says that much of the project's science is speculative. For example, dating Y chromosome lineages with precision is virtually impossible - and gauging the validity of the study's findings can only be done when they are published.

Still, Mountain, who has worked extensively in east and central Africa, says the goal of all anthropological geneticists is diversity, and to that end, collecting samples from indigenous groups is key. While some remote communities used to regard scientists as blood-thirsty vampires, she says they are now more trusting.

"The excitement overwhelms the fears and concerns," Mountain says, citing Nelson Mandela's decision to trace his maternal line through DNA as an example of the comfort level changing. "People now want to know their ancestry."

Wells says the project has taken great pains to reach out with indigenous groups and create an open dialogue. When the project launched, National Geographic established the Legacy Fund, which uses proceeds from the project to help preserve and protect indigenous populations. Wells says that to date, roughly $2 million has been raised from the DNA kits sold on the project's Web site.

The scientist also tells me that because of its high frequency in Western Europe, my lineage (R1b) is quite common in the U.S.; in fact, Wells himself is an R1B guy. Initially, that knowledge makes me feel ordinary in the grand scheme of humankind migration. But, when it comes down to it, which is more intriguing - that one of my ancestors toiled for a French general? Or that my distant uncles rolled the dice and ventured out of Africa, introduced technology to Western Europe, produced innovative cave paintings, overwhelmed the Neanderthals and conquered the wooly mammoth along the way?

I'll be telling version number two from now on. 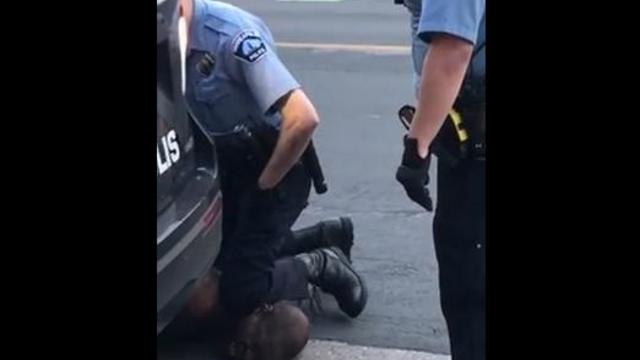