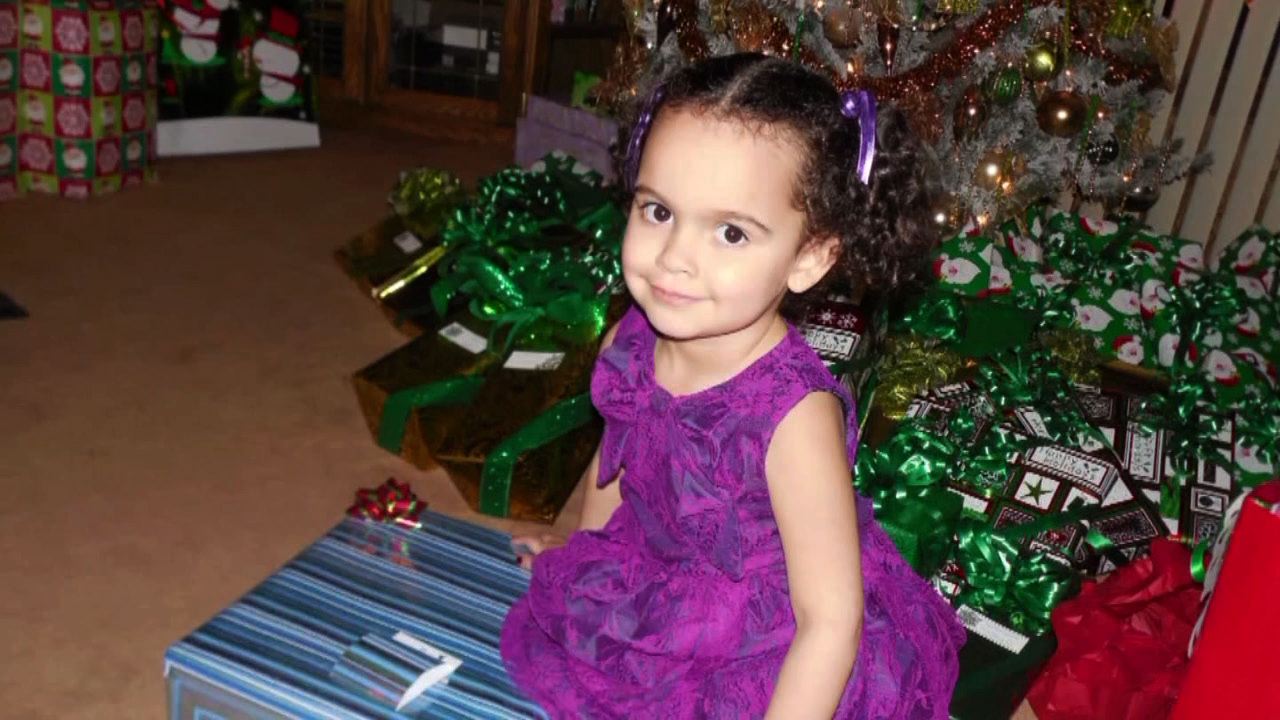 OKLAHOMA CITY A South Carolina couple who vowed last month to not leave Oklahoma unless they went home with a 4-year-old Cherokee girl they have been trying to adopt since her birth were given custody of the girl Monday night after the Oklahoma Supreme Court said it didn't have jurisdiction over the child.

"She's safely in her parents' arms," said Jessica Munday, a spokeswoman for Matt and Melanie Capobianco, of Charleston, S.C.

Cherokee Nation spokeswoman Amanda Clinton confirmed that Veronica was handed over to the Capobiancos hours after the Oklahoma Supreme Court dissolved a temporary court order leaving the child with her father and his family. Until the Monday night transfer, the Cherokee Nation had insisted the girl would remain with the tribe.

The Capobiancos and the girl's biological father, Dusten Brown, had fought for years over custody of the girl. The dispute has raised questions about jurisdictions, tribal sovereignty and a federal law meant to help keep Native American tribes together.

Veronica, whose biological father is a member of the Cherokee Nation and whose biological mother in not Native American, had lived with the Capobiancos from birth until she was 27 months old, when Brown was awarded custody under the Indian Child Welfare Act. But a U.S. Supreme Court decision later went against Brown, and a South Carolina court finalized the Capobiancos' adoption of the girl earlier this year. Brown had then turned to Oklahoma's courts.

It wasn't known if there were any conditions attached to the Capobiancos gaining custody, including whether Brown would be allowed to visit the girl. An attorney for Brown did not return phone calls seeking comment.

CBS Tulsa affiliate KOTV-TV reports that mediation talks in a Tulsa courtroom between the Capobiancos and Veronica's father, Dusten Brown, ended after the two sides could not agree on a plan for Brown to visit Veronica, sending the case back to the Oklahoma Supreme Court.

The court declined to take jurisdiction over the adoption dispute and voted to lift the emergency stay issued by a district court Aug. 30, KOTV-TV reports, citing court records.

The emergency stay was keeping Veronica in Oklahoma with her biological father. The Oklahoma Supreme Court's decision to lift it cleared the way for the Capobiancos to take Veronica back to South Carolina.

Cherokee Nation Attorney General Todd Hembree released a statement late Monday describing the scene as Veronica's custody was transferred. He said it was emotional but "peaceful and dignified." He said Brown and his wife packed clothes and toys for Veronica before a tribal attorney drove her a short distance to where the Capobiancos were waiting.

"Dusten Brown was just as brave today as we he was when he fought for our country in Iraq," Hembree said. "Although this is not something any parent should ever have to do, we could not be more proud of the dignity and courage with which he carried himself."

Hembree added that Veronica will always be a Cherokee citizen and that he hoped "the Capobiancos honor their word that Dusten will be allowed to remain an important part of Veronica's life."

Munday said she was not sure when Capobiancos planned to return to South Carolina with Veronica, but said she felt they were now free to do that at any time. She said Veronica has spent some time with the couple recently and did remember them.

"It was smooth. There wasn't any danger. ... Hopefully everyone can focus on healing now," said Munday, a friend of the family.

When the Oklahoma justices bowed out, it left in place a South Carolina court order validating the Capobiancos' adoption and a Cherokee Nation tribal court directive that said the girl could remain with family members of Brown while he was undergoing National Guard training.

The Oklahoma Supreme Court did not explain its decision to lift its stay Monday.

After the girl's transfer to the Capobiancos, the National Indian Child Welfare Association put out a statement saying it was saddened by the events.

"The legal system has failed this child and American Indians as well. Our prayers are with everyone concerned, but most of all with Veronica," said Terry Cross, the group's executive director.

Veronica's birth mother was pregnant when she put the girl up for adoption, and the Capobiancos took custody of Veronica shortly after birth.

Brown and his family claim the Indian Child Welfare Act mandates that the child be raised within the Cherokee Nation. The law was passed in 1978 with the intent of reducing the high rates of Native American children being adopted by non-Native American families.

A South Carolina court cited the law when awarding Veronica to Brown in 2011, but the U.S. Supreme Court this year said the law did not apply because he had been absent from the child's life.

Brown also is facing extradition to South Carolina to face a charge of custodial interference for refusing to hand over the girl.