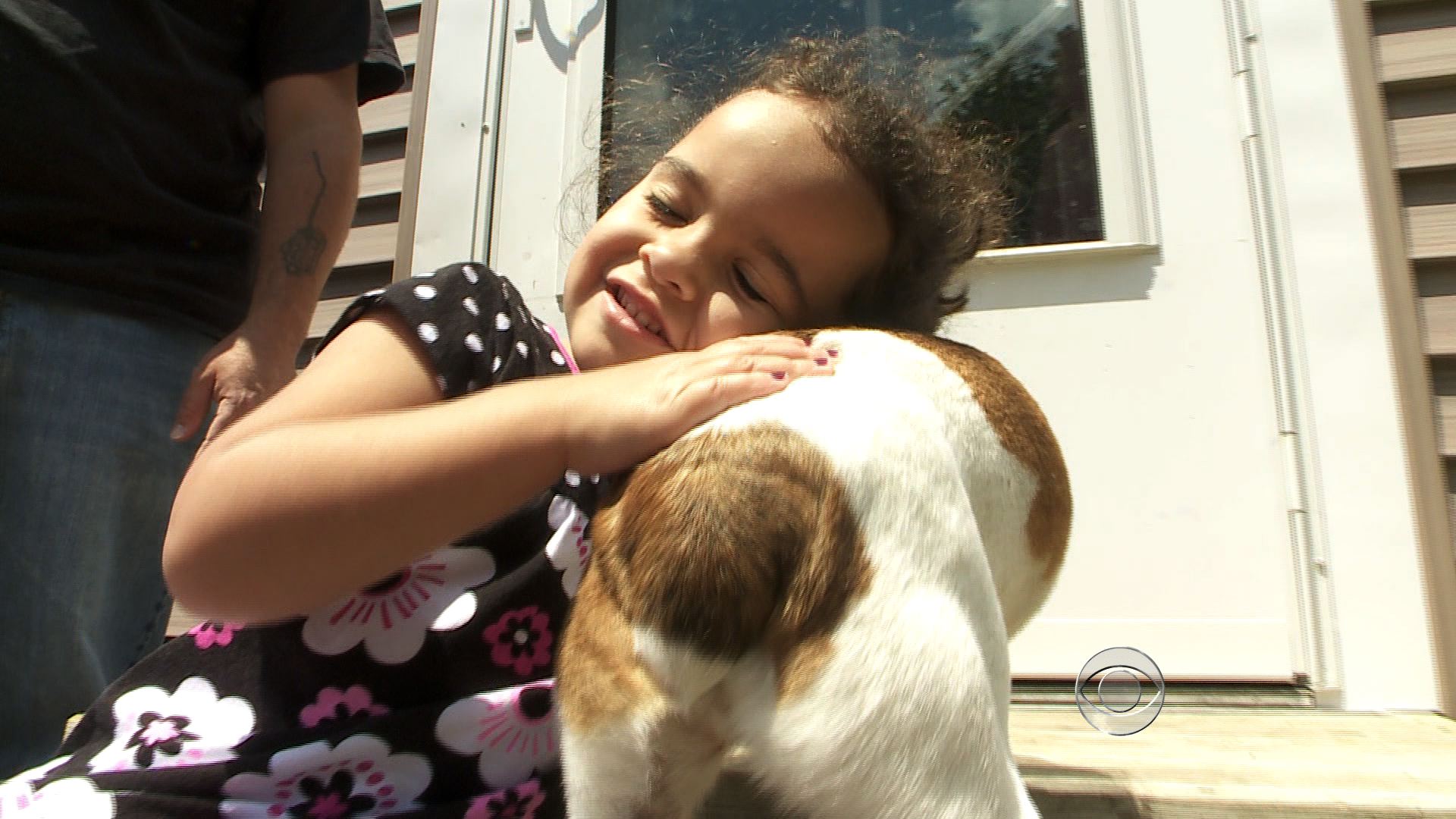 (CBS News) TULSA, Okla. - The Supreme Court rarely gets involved in custody disputes, but last week, it ruled in the fight over a little girl whose biological father has been fighting for custody.

Three-year-old Veronica lives in Oklahoma with her biological father Dusten Brown and his wife.

But Veronica spent her first two years in South Carolina with They were at Veronica's birth in 2009 and brought her home, believing they could adopt her from her unmarried biological mother. Before Brown's National Guard unit went to Iraq, he had sent the birth mother a text message that said "i will just sign my rites (sic) away." He also signed paperwork surrendering his parental rights.

"Before I deployed, I thought I was just signing the papers to her, you know, custody rights," Brown said. "I didn't think that I was signing, you know, giving up everything, you know, not wanting to have anything to do with my child. I mean that's my daughter."

When Bown found out about the adoption plans, he invoked a 1978 federal law that protects children of Native Americans from being separated from their families and tribes. Brown is a Cherokee Indian.

A South Carolina court agreed and ordered Veronica be given to Brown, but last month, the U.S. Supreme Court ruled 5-4 that the 1978 law did not apply in this case. Justice Samuel Alito wrote, Brown "abandoned the Indian child before birth and never had custody of the child."

Saying yes in that text message and signing the paperwork before he left for Iraq "was one of the dumbest decisions that I've made."

But the justices also decided to leave the custody battle in the hands of a South Carolina court. The Capobianco's -- who want Veronica back -- declined our request for an interview but in statement said:

"We are missing Veronica like crazy and anxious to be able to see, and talk to, and hold her again."

Brown said he has not thought of how he might begin a conversation about what could happen to Veronica.

South Carolina's Supreme Court will now decide what's in Veronica's best interests: staying with her biological father, or the couple who raised her for her for two years.