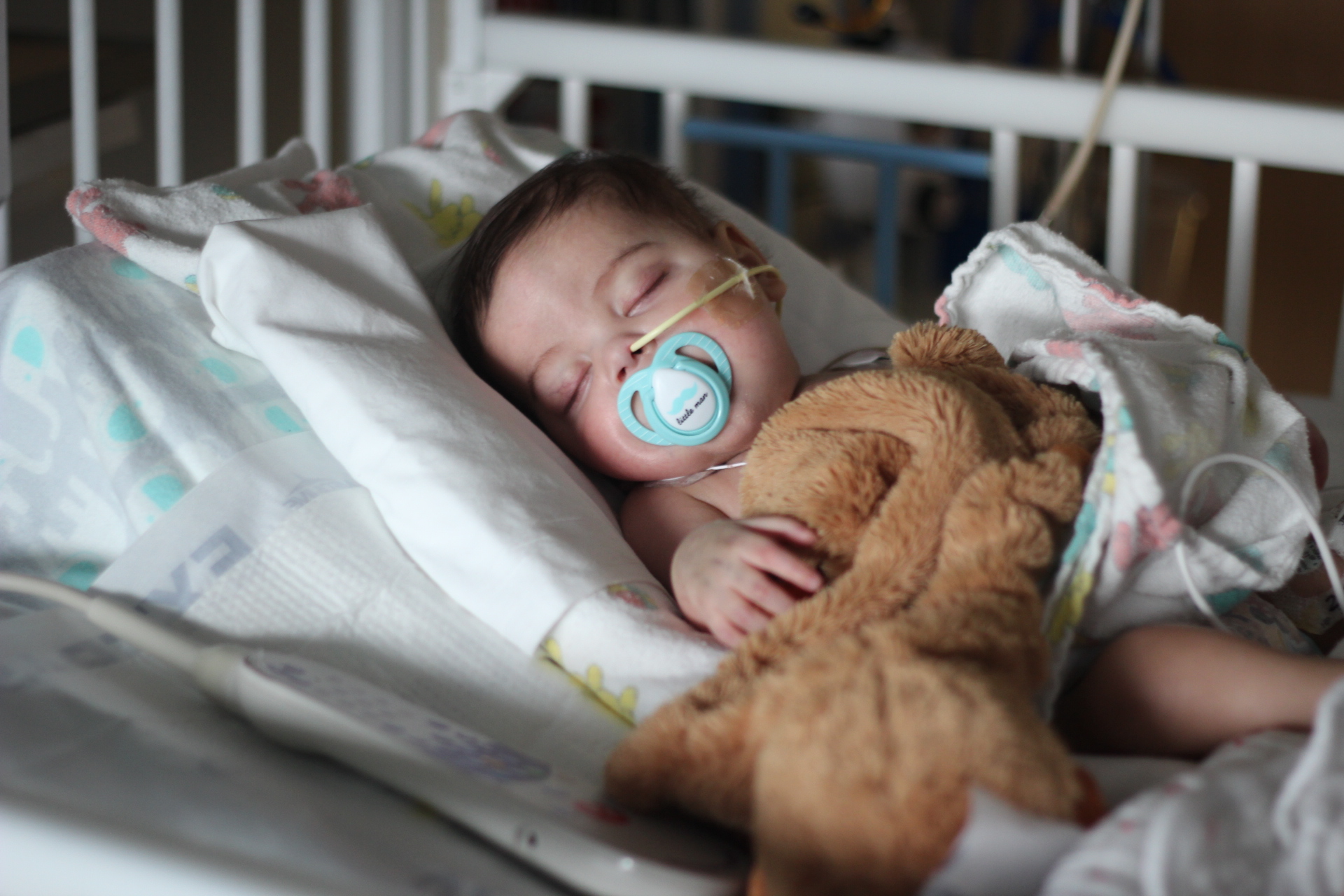 A 7-month-old boy from Alaska with a failing heart was days away from death when his family received a call that a desperately needed heart transplant had arrived.

Lincoln Seay was born with a rare and severe heart defect that caused all his organs to develop on the opposite side of his body. His family had been waiting for a pediatric transplant since November -- which doctors feared would come too late.

"He was right on the edge," Dr. D. Michael McMullan, Seattle Children's surgical director of heart transplantation, who leads the center that performed 21 transplants last year, among the most in the nation, told the Seattle Times. "We have a list of patients and he was the one we were most concerned about."

According to a fundraising site set up by the Seay family, doctors told Lincoln's parents, Rob and Mindy, that it could take up to three months for a donor to become available.

About a week ago, they got the call that a new heart had arrived just in time.

"The last two days, you could just tell they were his last days," Lincoln's father told the the Seattle Times.

In the most recent post on the family's fundraising page, Mindy recalls receiving the call.

"I immediately started shaking and crying while he told me all about the surgery, how it would go, when it would happen, what all the risks were, what after care might look like, etc., etc," she wrote. "Honestly, I think he talked for 20-30 minutes but I heard absolutely nothing after WE GOT A HEART!!!"

Due to privacy laws, no information was released about the heart donor or that child's family.

Mindy wrote an open letter to the donor family and posted it on Facebook in hopes that they will reach out to the Seay family when and if they are ever ready. In it, she writes:

I want you to know there are no words to express the gratitude I feel for the mother you were able to be in those final moments, and that you were willing and able to give so selflessly to another. I want you to know that I will always have the utmost respect for the gift we will be given. I will treasure that heart more than I've ever treasured any gift. I will care for that gift to the very best of my ability and will be sure we always give reverence and respect to the child and family from which it came. We may never now you by name, but I will know you deep in my soul.

You and I may never meet, may never speak, may never cross paths, but we will be connected on a divine, spiritual level. Your child and mine will be forever entertwined as the heart that grew in your womb now pumps the blood through the body of the child created in mine. They have merged in a way, and your child will forever live on in mine. When my child bleeds, I will think of you. When I bandage his scraped knee, I will think of you. When I hear his heart beat, I will remember you. When his eyes flutter closed as he falls asleep, I will remember your beautiful child. I will say prayers of gratitude and blessings over your family, often. I will treasure the gift you've given. I promise.

Rob and Mindy first learned something was wrong when scans during pregnancy last summer showed the baby had Heterotaxy syndrome, which causes the heart and other organs to develop on the opposite side of the body.

After numerous surgeries at Portland's Legacy Emanuel Medical Center, including an operation performed when Lincoln was just 12 hours old, the family was sent home back to Alaska. But in October, Lincoln's heart began to fail and was sent to Seattle Children's for treatment.

The family says they hope their story will help bring awareness to the importance of organ donation.

Mindy wrote in her post that the days since Lincoln received his new heart have been a blur.

"Lincoln has done SO well and his heart is so strong," she wrote. "As of right now, all his chest tubes have been removed and he has finally been able to be extubated! They are beginning to slowly wean his sedation meds and he is waking up so charged up and energized! My baby is coming back."

Photos show what a striking difference the surgery made for Lincoln almost immediately. In the first image below, the day before the transplant, Lincoln's skin color was bluish-purple from lack of oxygen. After the operation, he was back to a healthy tone.

The family acknowledged that the road ahead is a long one, but they're grateful for all the support they have received.

"We feel so much love it's incredible. Humanity is a really cool thing," Mindy Seay wrote. "We walk around with stupid, silly grins on our faces. I wish I could say thank you individually to everyone who has helped us financially, spiritually, emotionally, physically, etc. but it's just not possible! We are getting more love than we can respond to! It's wonderful. So, when I say thank you, know I am saying it to you. Because every message, every thought, every comment on social media is so appreciated."