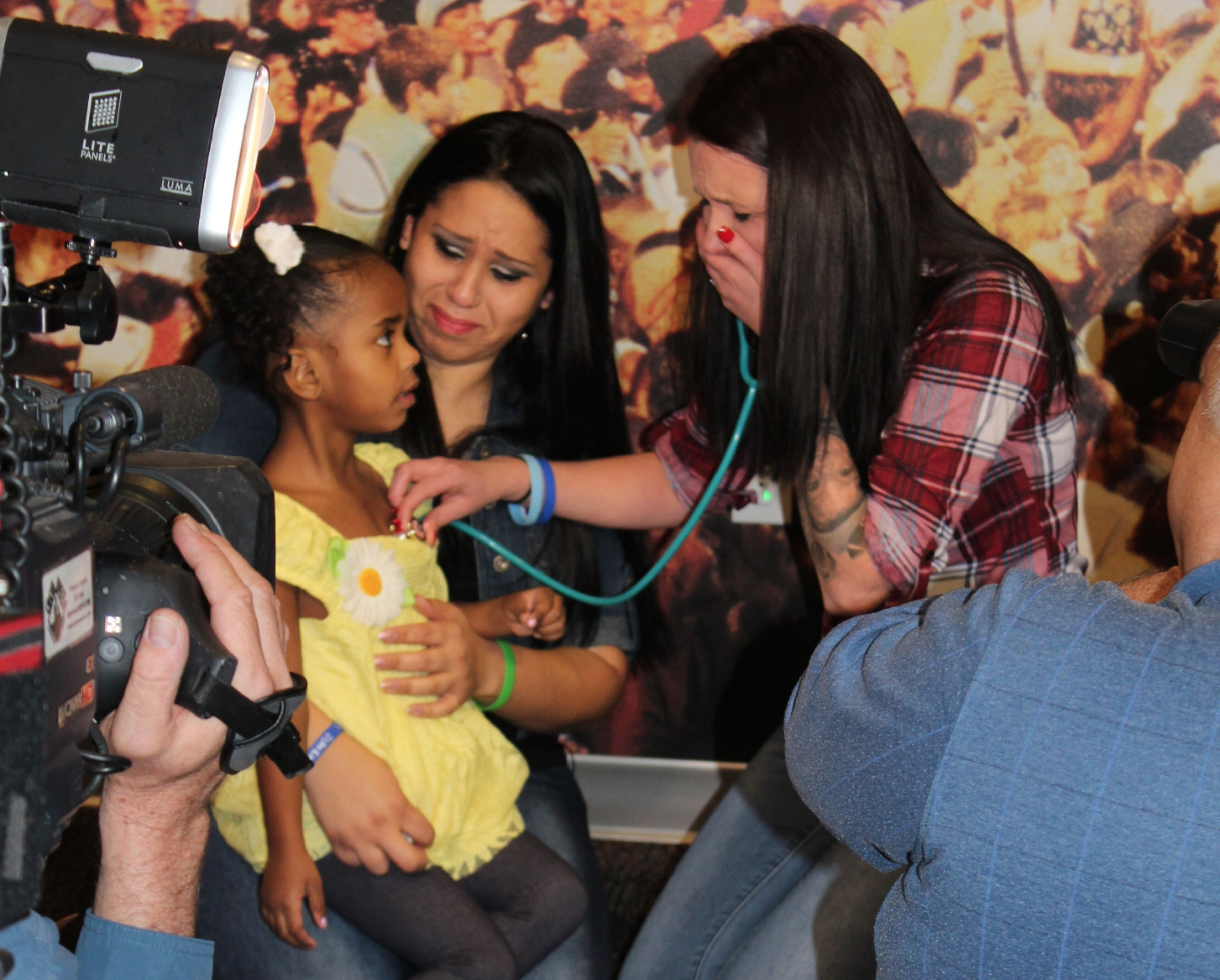 A hesitant Heather Clark placed a cold stethoscope on 4-year-old Jordan Drake's chest and waited patiently for a heartbeat.

With one hand covering her mouth, the mother leaned back and began sobbing.

On Saturday, Clark heard the heartbeat of her late son Lukas -- for the first time in years.

It was "the happiest day of her life since her son was born," Donate Life Arizona Media Relations Coordinator Jacqueline Keidel told CBS News.

When Clark's son died suddenly in June 2013 at 7 months old, she agreed to donate his organs -- a decision that saved three lives, including Drake's.

"I knew if Lukas could prevent another family from experiencing the loss that I felt, that's what I needed to do," Clark said.

At just 18 months old, Drake was fighting for her life inside Phoenix Children's Hospital (PCH) due to a congenital heart defect. After undergoing six heart surgeries, suffering seizures, a stroke and brain hemorrhaging, Drake's mom knew her daughter needed a new heart to survive.

Then a "miracle" happened.

While Gonzalez was happy her baby girl was going to live a long, healthy life, she couldn't help but cry for her donor family.

"Whoever they were. I knew they had just lost a child," she said.

Shortly after the transplant, Gonzalez got a letter in the mail from Clark.

"The day [Gonzalez] got it, she said, 'How do I thank this woman -- a thank you sounds so small,'" Keidel said. "She would take out a piece of paper, start to write a letter and then couldn't."

Though it took them awhile to connect, they eventually did. Three years later, they had a "rare" meeting.

According to Keidel, only about 5 percent of donor families and recipient families meet or communicate.

"You have a family that's gone through the most tragic loss of their life and that can be tough for them," Keidal said. "On the other side, there's survivor guilt, living out your life knowing someone passed away in order for you to be here today."

"[Clark] was very excited to meet him; he held her son's heart in his hands," said Keidal. "It's really just incredible."

The mothers hope their reunion inspires other parents to consider organ donation.

Right now, Drake is too young to realize the important role Clark plays in her life, but she'll understand one day.

Until then, Clark will continue making plans to attend her high school graduation, wedding and every other major milestone in her life.