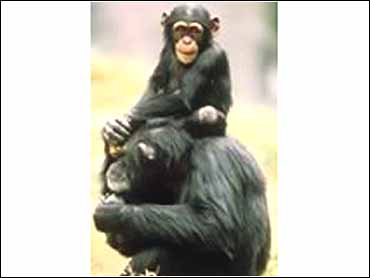 Baboons in laboratory experiments showed hints of abstract thinking by picking out various images on a computer screen, a surprising finding that raises new questions about evolution and what distinguishes humans from the rest of the animal kingdom.

Scientists in France and the United States cautioned that only two baboons participated in the comparative tests, and those monkeys were veterans of earlier cognitive experiments.

And, the baboons had to repeat the tests thousands of times to learn how sets of images were the same or different.

Even so, researchers said, the results suggest baboons are capable of analogical judgment — the kind of "this-is-to-that" comparisons that psychologists say is fundamental to reasoning.

Previously, chimpanzees were the only non-human primates to demonstrate similar skills in experiments. Baboons are Old World monkeys that split from humans and apes on the primate family tree 30 million years ago.

"Although discriminating the relation between relations may not be an intellectual forte of baboons, it nevertheless is within their ken," reported Joel Fagot of the Center for Research in Cognitive Neuroscience in Marseille, France.

Fagot's research, with Edward Wasserman and Michael E. Young of the University of Iowa, was published in the October issue of the Journal of Experimental Psychology.

Other researchers said the finding is important because it shows that understanding the relationships between things — what is the same and what is different — does not necessarily require language to identify or describe them.

The experiment holds "clear implications for understanding the evolution of the mind," said psychologist Kimberly Kirkpatrick of the University of York in England, who was not involved in the experiment but reviewed the findings.

"The baboon's ability to match relations may be a precursor to human analogical thinking," Kirkpatrick said. "Studying the cognitive abilities in non-humans is analogous to using the fossil record to construct the course of evolution in the body."

In the experiments, researchers showed baboons, one male and one female, sets of 16 images. One image set comprised rows of little pictures — the sun, a light bulb, a brain, a hand. Another set repeated the same image — all telephones, for example.

One image or set of images was shown, and the baboons had to pick images similar to or different from those shown, depending on the test. Using a computer joystick, the baboons had 10 seconds to move the computer cursor to images on the screen.

When the baboons made a correct choice they would hear a high musical tone and be rewarded with a banana-flavored food pellet. Incorrect choices were met with a low tone and a 7-second time out, then the test would be repeated.

The baboons needed as many as 700 trials before they would consistently distinguish between the two image setsthe researchers reported.

Subsequent tests added new image sets — some with variety (clock, brain, hand, triangle) others repeating the same image (all flowers). The baboons had to sift through the new images alongside the sets they already had learned.

The correct answer? Flowers and triangles. It wasn't important to match the actual images. The abstract lesson was to find like sets.

In these experiments, the baboons needed as many as 7,000 tries before they could perform the tests with 80 percent accuracy.

Humans who took the same tests were able to master them in 100 tries or less, they said.

Stanford biologist Robert Sapolsky, who has studied wild baboons in Africa for 23 years, said the monkeys might have demonstrated sharper intellect if the tests had used items that were important to baboons' lives.