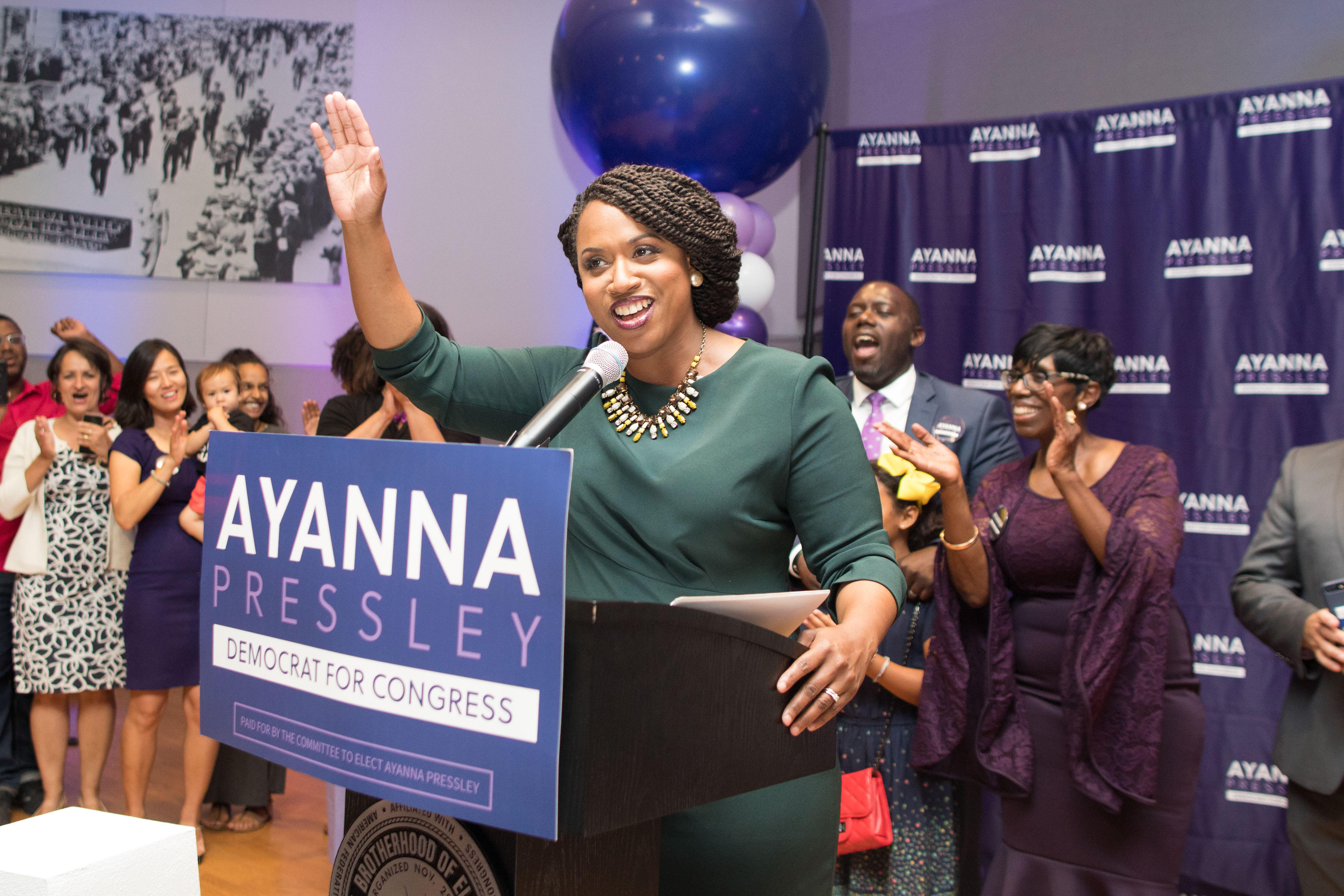 It wasn't exactly a nail-biter because she was running unopposed, but now it's official: Boston City Councilwoman Ayanna Pressley has become the first black woman elected to represent Massachusetts in Congress. Her district, Massachusetts' 7th, is the only one in the state where minorities make up a majority of the population.

Pressley had a shocking primary victory in September, when she defeated 10-term incumbent Michael Capuano in the Democratic primary. Capuano had the backing of many of Massachusetts' prominent political figures, including the state's black former governor, Deval Patrick.

But Pressley did receive some important endorsements herself:  popular state Attorney General Maura Healey and New York's Alexandria Ocasico-Cortez, who called Pressley her "sister in service."

Capuano, who is white, is a native of Somerville, but at the same time, did not look like the rest of the district. Massachusetts' 7th District includes parts of Boston, the traditional black neighborhood Roxbury and parts of the working class neighborhoods Chelsea, Everett, Randolph, Somerville and Cambridge.

But Pressley has rejected the idea that race was the factor behind her win. At a debate, she said that she is "black and a woman and unapologetically proud to be both, but that is not the totality of my identity," according to the Associated Press.

Similarly to Ocasico-Cortez, Pressley ran to the left of the Democratic Party. She backed Medicare for All, favors abolishing ICE, and she rejected corporate PAC money.

Pressley, 44, was also Boston's first black city councilwoman. She is originally from Chicago.