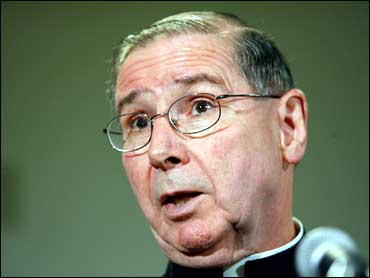 I don't get it. When Cardinal Roger Mahony announced the $660 million settlement with victims of sexual abuse in southern California's Catholic churches and schools, he said, and I quote, "I apologize to anyone who has been offended; to anyone who has been abused." No tears were shed; no shame; no plea for forgiveness.

In the courtroom Monday, when the settlement was formalized, victims sobbed. Mahony was silent. Priests are pastors first. Was this not his flock that had been harmed?

Listening to interviews with victims, many said that money didn't matter that much. What mattered was the church was finally taking some responsibility for what had happened to the victims. However, a settlement is far from an act of contrition.

The Catholic Church teaches that contrition is a very important aspect of their faith. Contrition, by Catholic definition, requires a sorrow of the soul and a hatred for the sin committed.

The victims are still waiting.