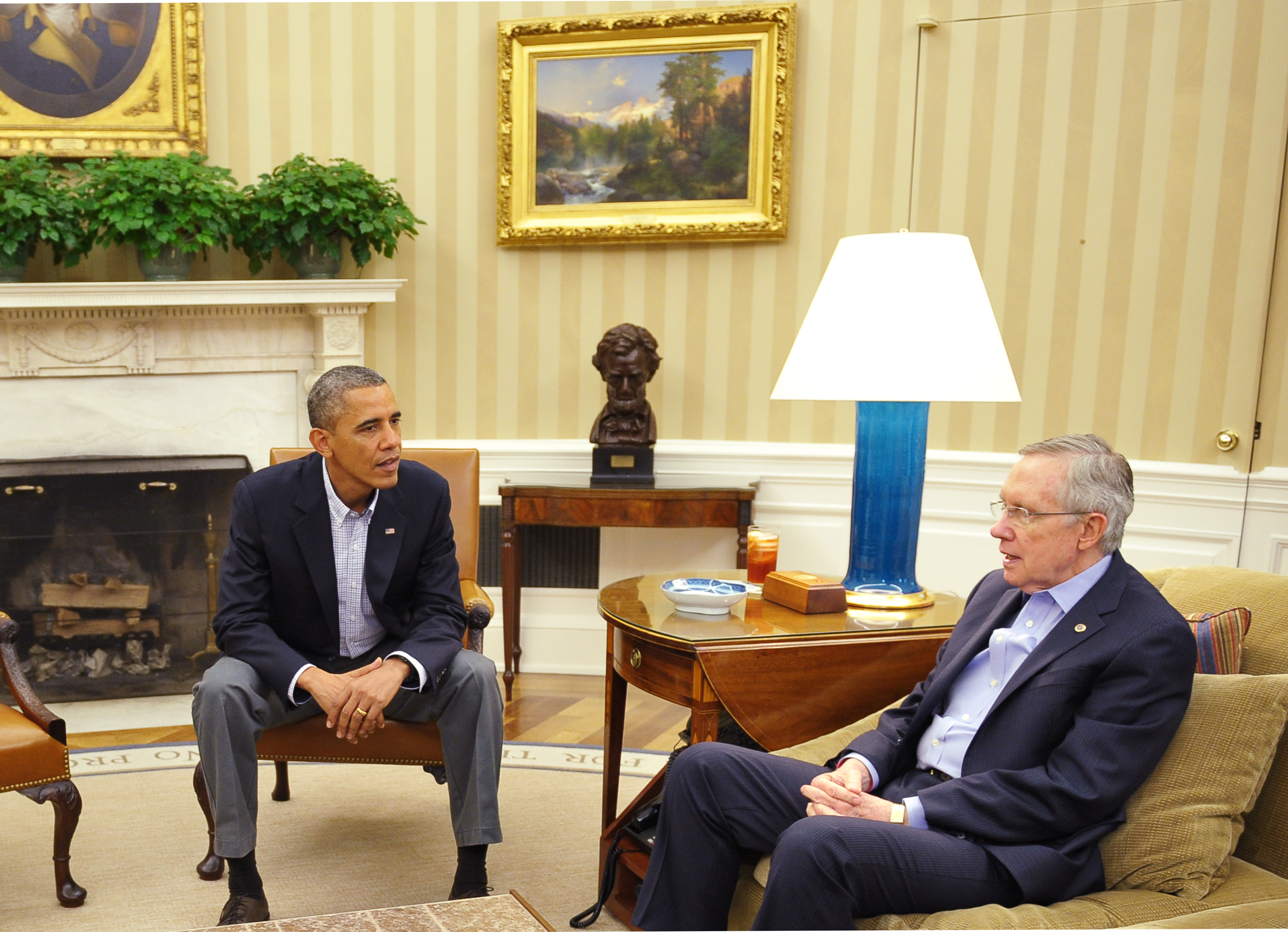 Pharmacy giant CVS will stop selling cigarettes and other tobacco products. President Obama, a reformed smoker, was so pleased he told the world.

But staunch Obama allies like Beau Biden of Delaware—yes, that Biden—as well as Lisa Madigan of Illinois and Eric Schneiderman of New York are ticked off. Not at CVS, but Obama. The issue is not tobacco sales, per se, but free trade.

And so begins our journey into the complex world of trade-fueled globalization, Obama’s strained alliance with Senate Majority Leader Harry Reid, the tattered remains of Obama’s “Asia Pivot,” and legitimate questions about transparency and sovereignty surrounding “fast-track” trade authority and the Trans-Pacific Partnership.

You can’t explain all of this with a flamboyant move by CVS to stop cigarette sales. But you can get closer than you might think.

First of all, the U.S. cigarette market grows smaller by the day, and tobacco companies see future profits and market share overseas. In that context, the CVS move is not as earth-shattering as the headlines or Obama’s praise suggests. But the way trade deals influence tobacco sales in this country is a big deal, and that’s why Obama has Biden, Madigan, and Schneiderman on his case.

The trio joined 39 other states’ attorneys general in a letter to U.S. Trade Representative Michael Froman protesting emerging provisions in the Trans-Pacific trade pact that they fear would exempt U.S. tobacco companies from complying with state tobacco laws and regulations.

From the letter: “Experience has shown that state and local laws and regulations may be challenged by tobacco companies that aggressively assert claims under bilateral and multilateral trade and investment agreements, either directly under investor-state provisions or indirectly by instigating and supporting actions by countries that are parties to such agreements.”

There is history here. A Canadian cigarette maker challenged tobacco laws in 45 states under provisions of the North American Free Trade Agreement. The state laws prevailed, but only after extensive and costly litigation (which drained state coffers). Indonesia successfully appealed to the World Trade Organization to lift the U.S. ban on clove cigarettes.

The letter is as bipartisan as things come these days, signed by 24 Democrats and 18 Republicans. Biden is the vice president’s son, Madigan sat in the same row as Obama in the Illinois Legislature, and Schneiderman was Obama’s State of the Union guest in 2012. This is not an Obamacare redux, but an assertion of state power against a federal government that might sacrifice it on the altar of free trade. You might think this tobacco issue is the biggest trade disagreement between Obama and party loyalists. Butt, no. Equally important are mounting complaints about the secretive nature of talks on TPP, a potential free-trade zone uniting the U.S. with Canada, Mexico, Australia, Brunei, Chile, Japan, Malaysia, New Zealand, Peru, Singapore, and Vietnam.

This week, Richard Trumka, head of the AFL-CIO, complained to Froman that the labor movement was being shut out of negotiations and overwhelmed by industry groups with more access and influence on the trade deal’s fine print. This is not a new complaint. Progressives and conservatives have expressed deep reservations about the negotiation’s lack of transparency and its wide-ranging implications for intellectual property, copyright, and privacy rights. These grievances were given fresh fuel by WikiLeaks’ disclosures of chapter-by-chapter texts of the emerging trade pact (no text has been officially released). Subsequent analysis suggested the U.S. was trying to pull other nations in its direction and seeking concessions that would require wholesale rewrites of existing laws—all in exchange for access to the lucrative U.S. market.

Skepticism about the benefits of free trade have been simmering for years, more so on the progressive Left than the tea-party Right, but both wings of their respective parties are agitated and opposed to TPP and the fast-track authority that would force Congress to consider the deal, upon its completion, without amendment and with expedited floor procedures. Part of this is also a backlash against NAFTA’s underwhelming performance.

The Congressional Research Service concluded last year that NAFTA did far less than its enthusiastic backers promised when Congress approved the deal in 1993. That’s what opponents fear with TPP. Twelve U.S. senators wrote Reid announcing they would not support any new fast-track legislation without significant changes improving transparency, oversight, and compensating legislation for workers victimized by global competition.

All of this weighed heavily on Reid, a longtime opponent of free-trade deals. Reid had a choice—keep his long-standing opposition to himself, or offer vague estimates about when a vote on fast-track legislation would occur. That certainly would have been Obama’s preference after he jumped feet-first into the fast-track debate in his State of the Union address. Reid told Obama and the free-traders to take a hike.

But Reid knows the politics of trade have become more complex, with issues of job losses competing with progressive antagonism toward global corporatism and bubbling anxieties about secretive negotiations that echo those about the American surveillance state. Ignoring any of these would cause grassroots political problems for Reid among union members, young voters, and progressive populists. That’s a toxic mix Reid can’t abide. And won’t. Fast-track’s biggest Democratic booster in the Senate, Max Baucus, is heading to China as U.S. ambassador—a farewell that will bring not one tear to Reid’s eye but will intensify his stranglehold on the fast-track schedule.

The simplistic take is, Reid is merely waiting for the midterm elections before scheduling a fast-track vote to lay the groundwork for TPP and, possibly, a less advanced trade deal with Europe called the Transatlantic Trade and Investment Partnership. Think again.

The negotiations for the Asia-based TPP recommence in Singapore on Feb. 17. The best lever the U.S. has in reaching a deal is fast-track authority—because it gives other nations a sense of confidence that the deal will hold. That’s now impossible.

Anyone who thinks free-trade politics for Obama will improve after the midterms should think again. If Republicans make gains in the House and Senate, yes, there will be more pro-business sympathy. But Democrats, after licking their wounds, will sound a more progressive and populist trumpet.

Obama’s trade agenda, therefore, is going up in smoke. With or without CVS.