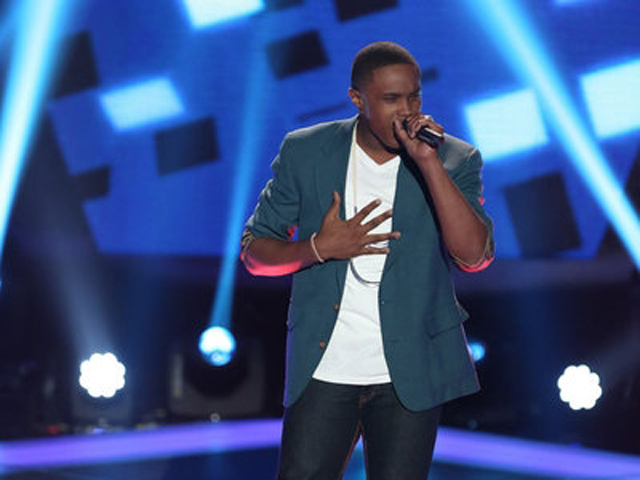 (CBS News) After performing Usher's "Without You" on the "The Voice" Monday night, contestant Avery Wilson, got a shout-out from none other than Usher, himself.

The R&B star, who will serve as a "Voice" coach next season, was apparently watching. He tweeted: "#WithoutYou worked for me too. Congrats Avery...Your #Teamusher approved"

And Wilson, who's also a professionally-trained dancer, couldn't have been more thrilled about the acknowledgment.

"Usher was crazy. That was like a dream to me," he said during a conference call with reporters on Tuesday. "I was pinching myself."

The 16-year-old "Voice" contender added, "Getting Usher to tweet me was probably, if not the best thing, then one of the best things that happened that night because I've always looked to him as a legend. His voice has grown over the years...he's really great to me...It just came out of nowhere...Twitter growth is ridiculous and I love just love giving back to the people because those are the people who are going to matter at the end of the day."

Avery, the final performer of the night, got to see all four coaches - Cee Lo Green, Christina Aguilera, Adam Levine and Blake Shelton - turn their chairs around.

"A lot of the other coaches were promising me this and promising me that, which it all kind of sounded very repetitive," the high school student told reporters. And Cee Lo said one thing that really caught my ear and my eyes - that he felt like he can learn from me and I from him. And I just felt like, any superstar, let alone a coach that can come down to a person who hasn't been doing music for a while -- their level, and really not be ashamed to say, 'I still learn. I'm not really fully at my peak of my career, my music, my life.' If he can do that, I feel like that is someone I need to trust...he's the guy for the job."

"The Voice" returns tonight for part five of blind auditions at 8 p.m. ET on NBC.

Tell us: Who has been your favorite contestant so far this season?