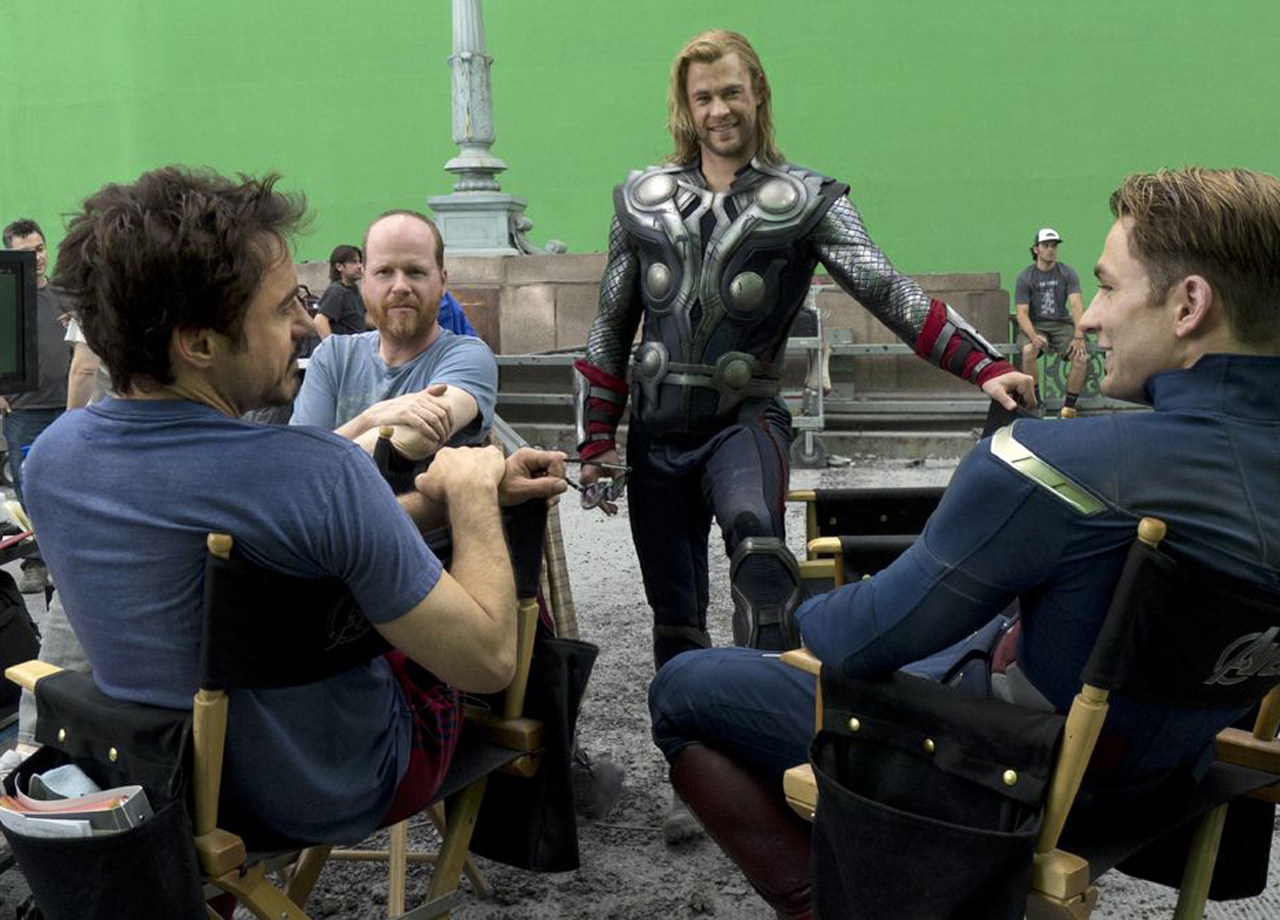 (CBS News) For comic book fans it's a Movie Marvel - "The Avengers" premieres this week, with plenty of big-name stars and one not-so-well-known director. Sounds like a job for John Blackstone!

As superhero movies go, "The Avengers" is super-sized - Iron Man, Captain America, the Hulk, Thor, Black Widow and Hawkeye brought together to save the world.

The cast is filled with big names: Robert Downey Jr., Chris Evans, Samuel L. Jackson and Scarlett Johansson, to name but a few.

More stars than there are in the firmament, says writer-director Joss Whedon. "It's the most stars I can remember seeing since, like, one of those '70s disaster movies."

So why on Earth did Disney and Marvel Comics put this rumored $220 million movie in the hands of Whedon? He does not, said Blackstone, have a reputation as a "big movie" director.

His reputation is for creating small, quirky TV shows. If you have heard Whedon's name before it's likely because of "Buffy the Vampire Slayer."

"Buffy" ran from 1997 to 2003, attracting a small but dedicated cult following. When network executives tried to get Whedon to change the show's name to broaden its appeal, he insisted it stay: "This is 'Buffy the Vampire Slayer,' Each one of those words is actually very important. One of them is funny, one of them is scary, one of them is action. That's what the show is! It's not important, but I'd like to keep it, otherwise 'Buffy' is a weird title.'"

"Buffy" was as much about teenage angst and the horrors of high school as it was about vampires. But its underlying theme was the empowerment of women.

"I loved the idea of a girl going into a dark alley, and a monster comes, and then she just aces him," said Whedon. "And that probably comes from, among other things, having been mugged several times in New York as a kid. You want to see the tiny person suddenly take control. God, my whole career is basically about that."

His career began as a writer on "Roseanne" in 1989. But his TV roots go back much further. His grandfather was a writer on "The Donna Reed Show" in the 1950s. His father wrote for a string of sitcoms, including "Alice," "Benson" and "The Golden Girls."

Whedon says he sometimes feel like "I was raised by a pack of wild comedy writers."

He says his mother was the biggest influence in his life. A teacher, novelist and political activist, she helped lead him here, directing a benefit for Equality Now. (He's also on the group's board.)

His advocacy of woman, exhibited in his work since "Buffy," is on display in "The Avengers," with Scarlett Johansson as Black Widow.

"Joss did not want the Black Widow to be the damsel in distress or just another pretty face, or someone that was, you know, a woman that was incapable of holding her own," said Johansson.

"She just throws down and sweeps the floor. And when I read it, it was just like, 'Oh, thank you, Joss!'"

"He loves 'The Avengers,'" she told Blackstone. " He knows all the characters. He's a geek!"

When he was hired to write and direct "The Avengers," he figured his first job was to convince all the big name actors he was actually up to the task.

Johansson said Whedon confided in her that "'This movie is impossible. ... This movie, it can't happen. These characters don't belong in the same universe.' laid it out, said, 'It was an impossible feat. And so now we have to overcome it.'"

Part of the challenge was creating a story that would give equal treatment to six superheroes AND to the actors who portray them, such as Robert Downey Jr, who played "Iron Man" in two hit films. "He is Iron Man now," said Blackstone.

"Yes, he really is. I mean, even to the point where I believe he has sort of bled back into the comics," said Whedon. "From the very start, they said, 'Robert is a force to be reckoned with.'"

The writer-director said his star would come up with his own lines. "I would throw him things on the day," Whedon said, "I'd just give him a word, and he would just take that word and run with it.

"And I'm going to take credit for all of it!"

But Whedon is likely to get the blame, if it turns out "The Avengers" is not one of the biggest movies of the summer.

Early reviews suggest "The Avengers" is entertaining enough it could well make that amount of money. Still, Whedon's next movie is decidedly small scale: Shakespeare's "Much Ado About Nothing," which Whedon shot entirely at his Santa Monica home.

But Whedon, who has been happily practicing "small and quirky" for years, may soon be - like "The Avengers" themselves - hailed as a Hollywood superhero.