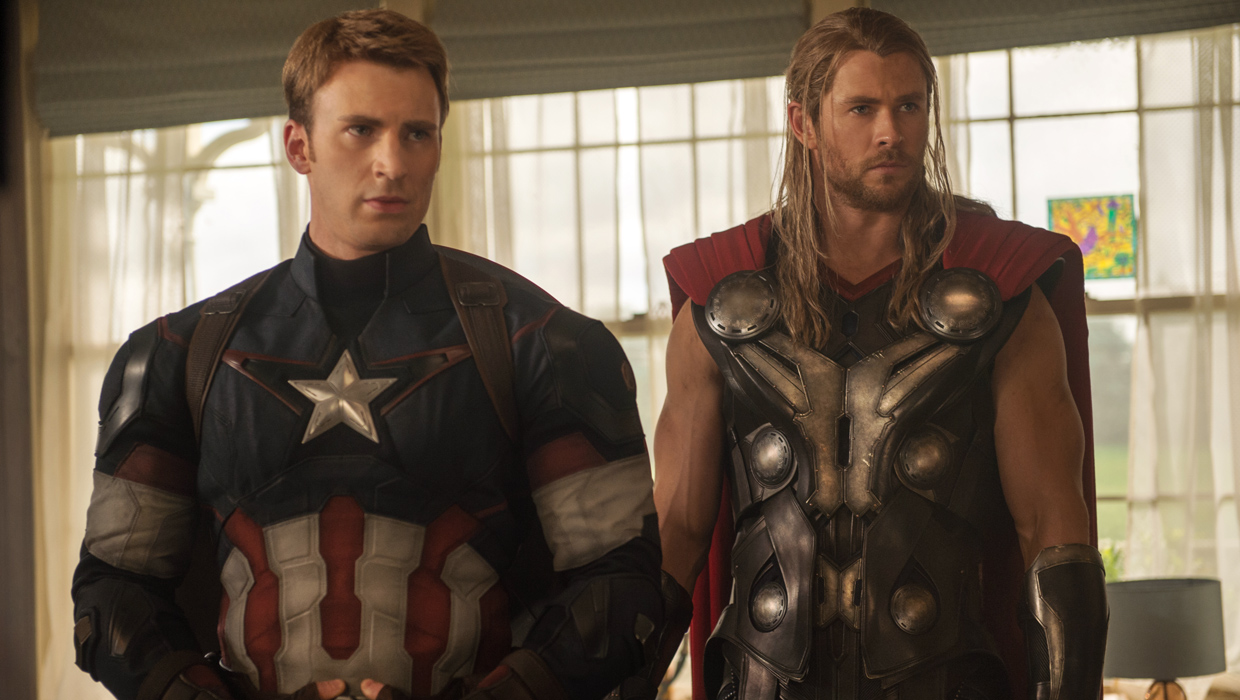 The first trailer for "Avengers: Age of Ultron" was supposed to debut during Tuesday's "Agents of SHIELD," but after a leaked copy surfaced online Wednesday Marvel responded by releasing the official version of the teaser.

Marvel fans certainly weren't complaining about getting the footage a week early. And that footage -- it's a doozy.

Where to even begin? It's all set to a creepy, slowed-down version of "I've Got No Strings" from "Pinocchio" (Marvel's owned by Disney, so, synergy!) and shows Thor (Chris Hemsworth) confronting Tony Stark (Robert Downey Jr.), newcomers Quicksilver (Aaron Taylor-Johnson) and Scarlet Witch (Elizabeth Olsen) and lots of epic battle scenes. And, whatever's happening, it's apparently all Stark's fault.

But best/most terrifying of all is the villain himself -- Ultron, voiced chillingly by James Spader ("The Blacklist"), quoting Pinocchio and just sounding all-around evil. Yikes.

Tell us: What do you think of the "Age of Ultron" trailer?