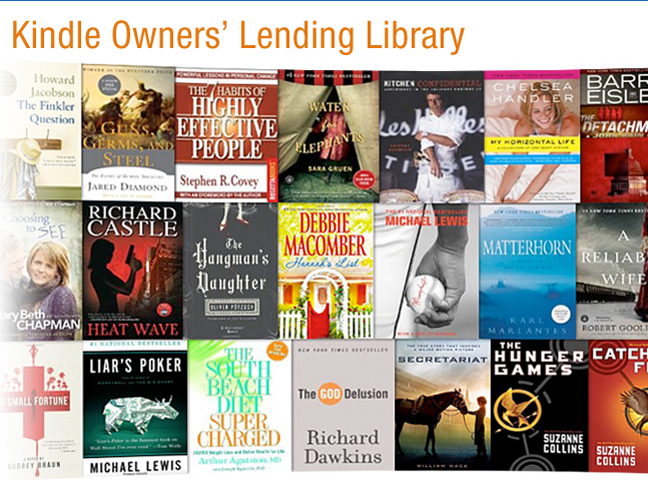 Amazon and the Authors Guild are again locked in a public squabble.

The organization subsequently described the program as "nonsense" as well as an apparent breach of contract. "This is an exercise of brute economic power," according to the guild.

The program allows Amazon Prime members to download for free onto their Kindles any of the titles on a list including approximately 5,000 books. Customers are limited to one book per month and one book at a time. But the guild says that even though publishers rebuffed Amazon's attempts to win their approval for the program "Amazon went ahead and enrolled many of their titles in the program anyway." It said that none of the industry's so-called "big six" publishers - Random House, Simon & Schuster, Penguin, HarperCollins, Hachette, and Macmillan - signed up with Amazon.

This isn't the first time that Amazon and the publishing community have been at odds over royalty payments. Last year Amazon was forced to modify a plan to charge $9.99 as the standard e-book price following strong opposition from publishers (not to mention the counterweight publishers had at their disposal in the form of the iPad and Apple's own e-book store offerings.)

The guild said that some publishers fist learned of Amazon's unilateral decision when the news broke.

"How can Amazon get away with this? By giving its boilerplate contract with these publishers a tortured reading?" it asked.

"Amazon's boilerplate terms specifically contemplate the sale of e-books, not giveaways, subscriptions, or lending (Amazon does have a lending program that some publishers have authorized, but it's a program that allows customers--not Amazon--to lend their purchased e-books). Amazon can make other uses of e-books only with the publishers' consent."

A spokesman for Amazon was not immediately available for comment.