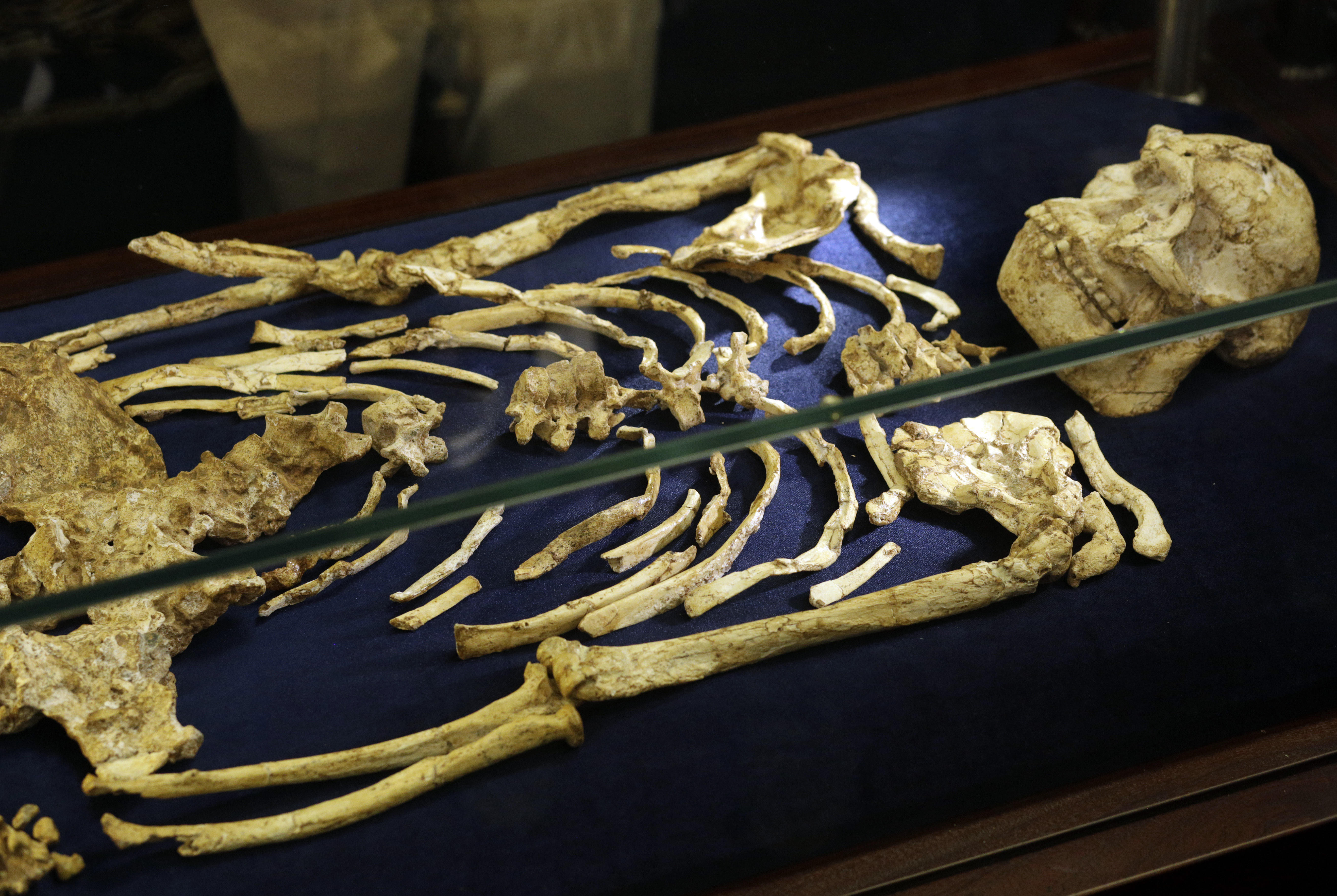 JOHANNESBURG -- Researchers in South Africa have unveiled what they call "by far the most complete skeleton of a human ancestor older than 1.5 million years ever found."

The University of the Witwatersrand displayed the virtually complete Australopithecus fossil on Wednesday.

The skeleton dates back 3.6 million years. Its discovery is expected to help researchers better understand the human ancestor's appearance and movement.

The researchers say it has taken 20 years to excavate, clean, reconstruct and analyze the fragile skeleton.

The skeleton, dubbed Little Foot, was discovered in the Sterkfontein caves, about 25 miles northwest of Johannesburg when small foot bones were found in rock blasted by miners.

Professor Ron Clarke and his assistants found the fossils and spent years to excavate, clean, analyze and reconstruct the skeleton.

The discovery is a source of pride for Africans, said Robert Blumenschine, chief scientist with the organization that funded the excavation, the Paleontological Scientific Trust (PAST).

"Not only is Africa the storehouse of the ancient fossil heritage for people the world over, it was also the wellspring of everything that makes us human, including our technological prowess, our artistic ability and our supreme intellect," said Blumenschine.

Adam Habib, Vice-Chancellor of the University of Witwatersrand, hailed the assembly of the full skeleton.

"This is a landmark achievement for the global scientific community and South Africa's heritage," said Habib. "It is through important discoveries like Little Foot that we obtain a glimpse into our past which helps us to better understand our common humanity."