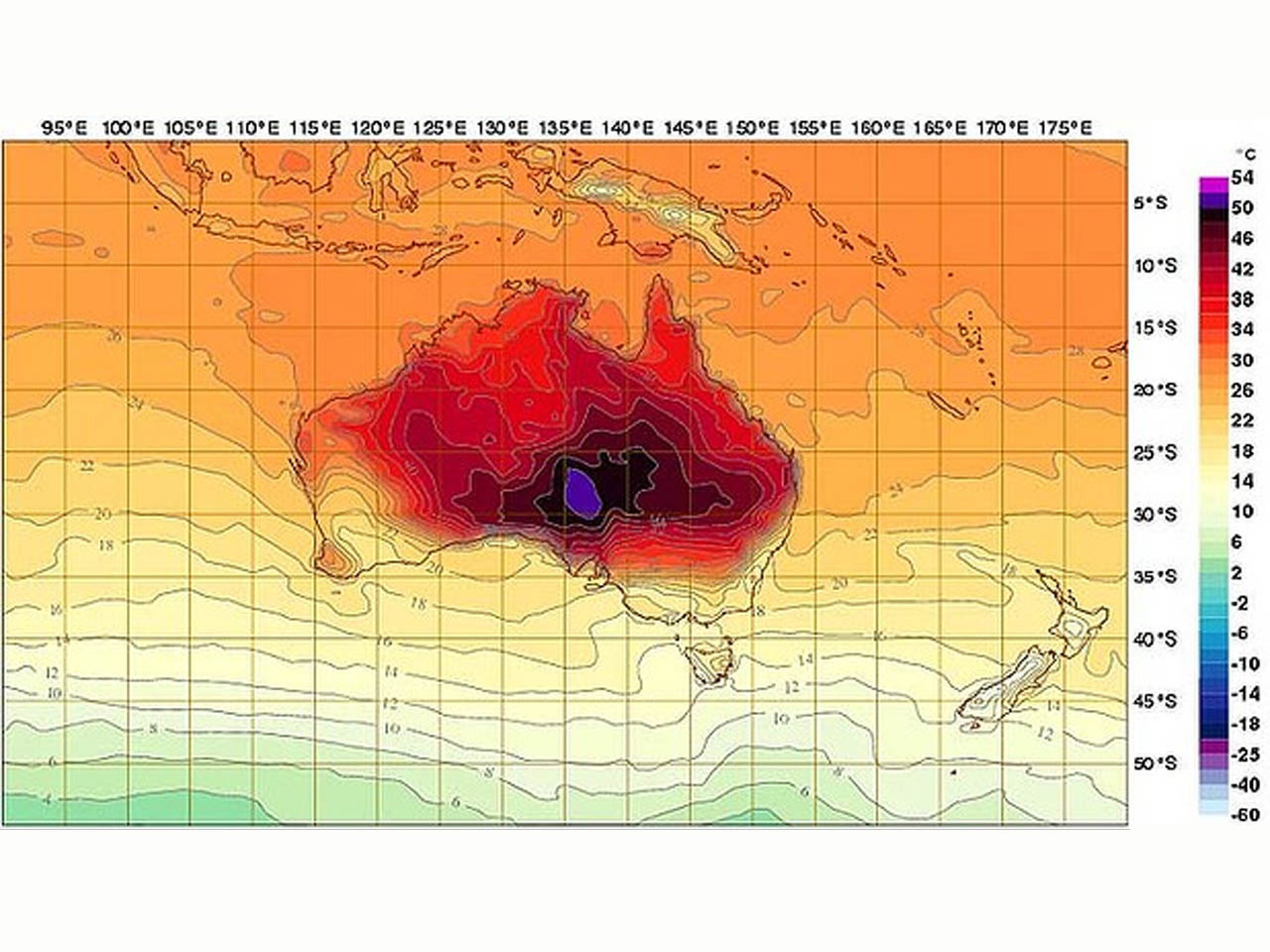 "Off the charts" is a phrase that gets thrown around liberally when it comes to temperature. But in the case of Australia's current heat wave and raging wildfires, temperatures are literally higher than the government's charts were designed to go. The Australian Bureau of Meteorology has had to introduce a new color -- deep purple -- to account for the record-breaking heat.

"The scale has just been increased today and I would anticipate it is because the forecast coming from the bureau's model is showing temperatures in excess of 50 degrees," David Jones, head of the bureau's monitoring and prediction unit, told Australian newspaper The Age.

The scorching heat over central Australia has yet to cross the 50 degree barrier, but Dr. Jones believes it is only a matter of time.

"The air mass over the inland is still heating up -- it hasn't peaked," he told The Age.

Monday saw the highest average temperatures ever recorded in the country at 104.59 degrees Fahrenheit. Six of the twenty hottest days ever recorded in Australia have been in 2013, with that number expected to rise.

"The heat over central Australia is not going to go anywhere," Dr. Jones said.