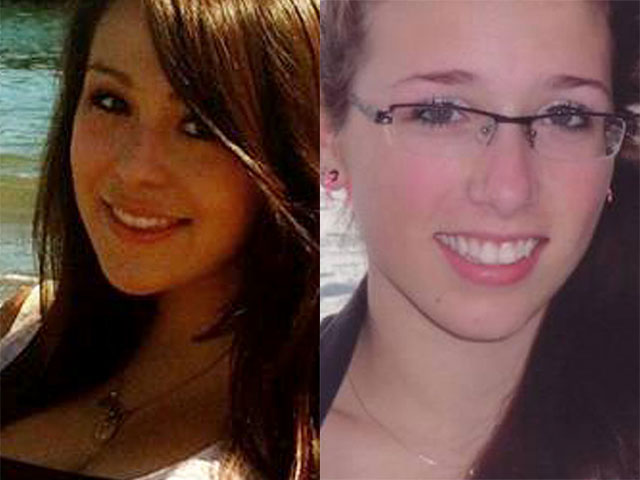 (CBS) - For 21-year-old Texas college student Anna Combrink, the suicide of Rehtaeh Parsons, the Canadian teen who hung herself after allegedly being raped and cyber-bullied, hit very close to home.

At age 15, Combrink was raped by a boy she'd known since middle school, and when she told her friends what had happened, she says they turned on her, posting ugly messages online and sending texts accusing her of lying about the assault.

"I never actually attempted suicide, but there was a time when I considered it," Combrink told Crimesider. "I was so depressed and felt so hopeless. I felt like a zombie walking down the halls at school, with everyone staring at me, and judging me."

In just the last five days reports have surfaced of two teen girls - Rehtaeh Parsons and  Audrie Pott - who both committed suicide after allegedly being raped and then having pictures of the sexual assault distributed electronically among their peers.

Their cases echo the recent Steubenville rape case, where two Ohio teen boys were convicted of rape after photos of the victim on the night of the assault went viral, with hashtags like #rape and #drunkgirl accompanying the shared images.

On Thursday, three teen boys were arrested for sexual battery against Pott, a California 15-year-old who was allegedly raped in September 2012, and then subjected to further shame and humiliation when photos of the assault reportedly went viral. She killed herself eight days later.

Will the teens also be charged for sending photos of the alleged assault? Sexual cyber-stalking expert Danielle Citron doubts it.

"Law enforcement is behind the times on this," says Citron, a professor at the University of Maryland Frances King Carey School of Law and the author of the upcoming book "Hate 3.0: The Rise of Discriminatory Online Harassment and How to Stop It."

In an interview with Crimesider, Citron said that as it becomes easier to post or text or comment on a photo, sexual cyber-bulling and cyber-stalking is becoming "more pervasive, more common, and more acceptable."

"It's not getting better, it's getting worse," she said.

New York City high school junior Temitayo Fagbenle told Crimesider that when she and her friends talked about the social media postings that the Steubenville victim was subjected to after her assault, they said they were glad the case was getting attention because "things like this happen all the time."

Fagbenle is a member of WNYC's Radio Rookies and late last year produced a segment entitled "Sexual Cyberbullying: The Modern Day Letter A."

"It's so easy to just click and share on Facebook," says Fagbenle, 17. "People don't understand their part as a bystander. People think, 'I'll just comment but I'm not involved.' But in that interaction, you're becoming a bully."

Citron says that she believes law enforcement generally lacks understanding and training about the realities of how the old problem of so-called "slut-shaming" and blaming rape victims for things like how they dress or what they drank has evolved in the digital age.

That may, however, be changing. Trent Mays, one of the two teens convicted of rape in the Steubenville case, was also convicted of using a minor in nudity oriented materials and sentenced to an extra year in juvenile detention because he sent the photo of the victim in various states of undress.

"Calling it 'bullying' almost trivializes it," says Citron. "What happened to Audrie Pott is a profoundly serious crime."

Anna Combrink agrees. After her rape, she says she was depressed and struggled to rebuild her sense of self, and being attacked online made it so much worse.

"It broke my heart when I heard about Rehtaeh," she says. "I know exactly what she was feeling. It's such a dark hole to climb out of."