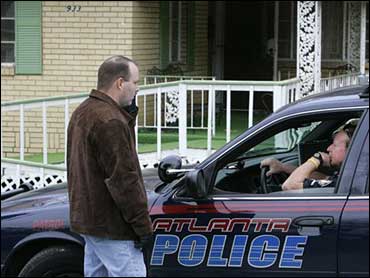 Atlanta's police chief said his department will review its policy after an elderly woman was killed in a shootout with plainclothes officers.

Police Chief Richard Pennington's comments on the incident were the first since Kathryn Johnston was killed Tuesday night after she shot three narcotics officers who were serving a warrant at her home. The chief was out of town last week for Thanksgiving holiday and said he was unable to get a flight back to Atlanta sooner.

The officers entered the home looking for cocaine based on tips from an informant for which they received a "no-knock" warrant, according to the search warrant released Monday. Police frequently use "no-knock" warrants to get inside a home before suspects have a chance to get rid of any drugs or other contraband.

Pennington said his department will review its policy on "no-knock" warrants and its use of confidential informants.

After the shooting officers found marijuana inside the northwest Atlanta home, but "not a large quantity," Pennington said Sunday.

The Fulton County Medical Examiner's Office also reported Sunday that records show Johnston was 88, despite her family saying she was 92.

Pennington was scheduled to hold a news conference later Monday to disclose details from the shooting, said police spokesman Officer Joe Cobb. The incident remains under internal review by the police department, which prevents the chief from talking about many aspects of the case, he said.

Johnston was described by neighbors and family as a woman who lived in fear in Vine City — a northwest Atlanta neighborhood in the shadow of the Georgia Dome sports stadium.

The Georgia Bureau of Investigation is looking into the incident at the request of the Fulton County District Attorney's Office.

The Rev. Markel Hutchins, a civil rights activist, has called for a federal investigation into the incident.

The three officers were released from the hospital last week and are on leave with pay. Funeral plans for Johnston have not been made.