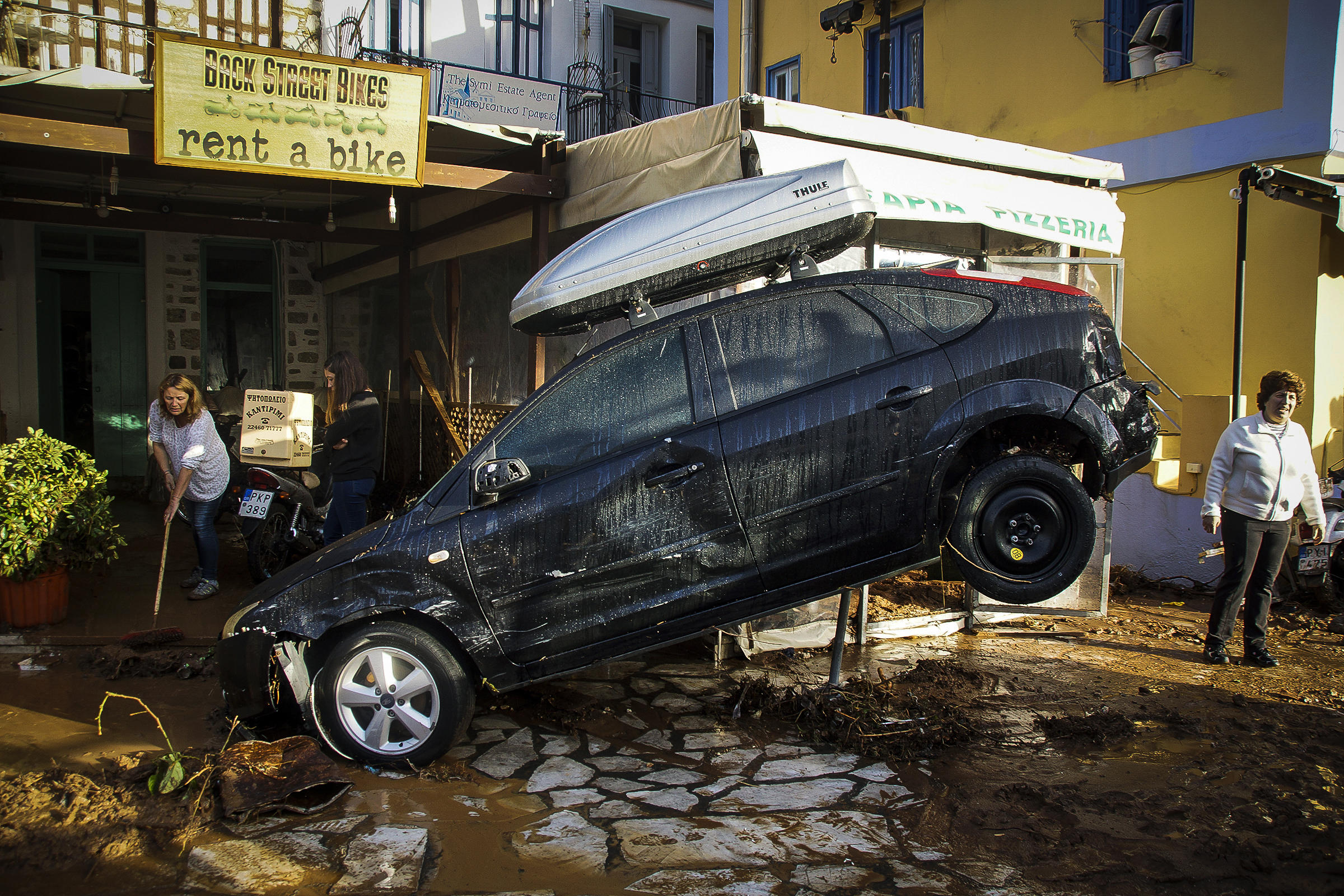 ATHENS, Greece -- Flash floods turned roads into raging torrents of mud and debris on the fringes of Greece's capital Wednesday, killing at least 14 people, inundating homes and businesses and knocking out a section of a major highway.

There were fears the death toll could rise further as rescue crews searched for potentially missing people in flooded homes and streets on the western outskirts of Athens.

The flooding came after a severe overnight storm brought driving rain to the area. Roads turned into muddy rivers that carried away vehicles, tossing them into piles on roadsides and against fences and buildings. Several walls from yards and low buildings collapsed, filling the streets with rubble.

Twelve of the people killed - four women and eight men - were found in or near Mandra, a small town on the western outskirts of Athens that was hardest-hit by the flood. The coast guard recovered the bodies of two more men believed to have been swept out to sea by the flood.

Floodwaters carrying debris charged toward the coast, sinking fishing boats in a small harbor. Several people were being treated in a hospital for various injuries, including hypothermia.

The fire department said it had received more than 600 calls for help pumping water out of buildings and had rescued 86 people trapped in vehicles and homes. It said it had deployed 190 firefighters with 55 vehicles. All fire services across the wider Athens area had been put on alert as more bad weather was forecast for the area Wednesday night.

A section of the highway between Athens and Corinth was completely knocked out, with cars, trucks and buses trapped in an inundated underpass.

Judicial authorities ordered an immediate investigation into the deaths and material damage. Investigators would be looking into whether factors such as shoddy or illegal construction might have contributed to the severity of the flooding.

Local authorities shut schools in the areas of Mandra, Nea Peramos and Megara, while the fire department appealed to the public to avoid the area unless absolutely necessary in an effort to reduce traffic.

More hazardous weather was predicted for large swaths of Greece later Wednesday and in coming days, with storms predicted for western Greece and for parts of the Greek capital.

The deaths came a day after authorities declared a state of emergency on the small Aegean Sea island of Symi due to torrential rainfall there that flooded homes and shops, swept vehicles into the sea and cut power after the local power station was flooded.