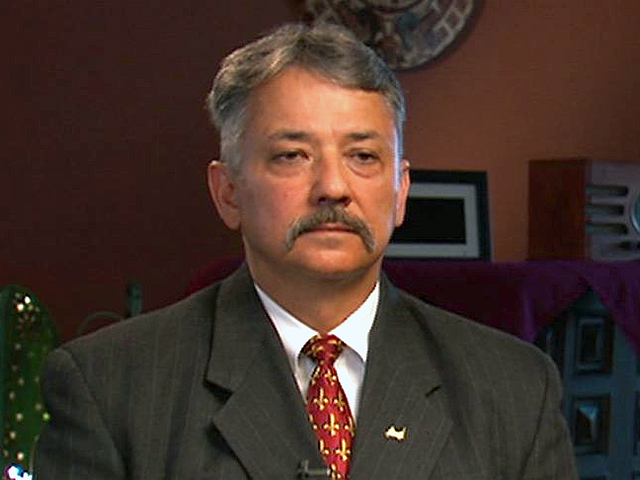 Since our first report in which ATF agents told us they allowed thousands of weapons to cross into Mexico, one crucial question has been: Who knew -- how high up? This week for the first time, President Obama addressed the controversy.It was in an interview Tuesday evening with the Spanish language network Univision.

"You were not even informed about it?" asked Univision reporter Jorge Ramos.

"Absolutely not," said Mr. Obama. "There may be a situation here which a serious mistake was made and if that's the case then we'll find out and well hold somebody accountable."

But who? In an exclusive interview with CBS News, the lead ATF official in Mexico at the time Darren Gil says somebody in the Justice Department did know about the case. Gil says his supervisor at ATF's Washington D.C. headquarters told him point-blank the operation was approved even higher than ATF Director Kenneth Melson.

Gil goes on to say senior Justice official Lanny Breuer and several of his deputies visited Mexico amid the controversy last summer, and spoke to ATF staff generally about a big trafficking case that they claimed was "getting good results." Gil says Melson, ATF's Acting Director, also visited Mexico City. Gil's Deputy Attache and his Analyst questioned Melson about the case that surrounding all the weapons showing up in Mexico. "His response was 'it's a good case, it's still going on,'" recalls Gil, "and we'll close it down as soon as we possibly can."

As to what Melson, Breuer and the other officials knew, Senator Charles Grassley (R-Iowa) has been asking.  Among other things, he has told the State Department to turn over notes and records from any Breuer visits to Mexico City in summer of 2010. But his repeated requests have so far been denied. And the officials mentioned would not speak with CBS News.

The whole controversy was exposed last month when ATF agent John Dodson and others blew the whistle to CBS News. They told us they were ordered to let assault rifles and other weapons "walk" into the hands of Mexican drug cartels in a failed attempt to take down a cartel.

But if Justice Department officials knew, it's even more incredible when you find out who didn't: ATF's own agents in Mexico.

Gil first found out something was amiss in early 2010 when serial numbers from a flood of guns used in cartel crimes were all tracing back to the same case in Phoenix: "Fast and Furious." But when Gil's analyst checked ATF's computer files to find out more, he hit a brick wall.

That was a red flag because Gil says as the senior ATF official in Mexico, it was his job to approve any ATF operation involving Mexico; and he didn't approve this one.

In fact, Gil specifically emailed his staff on Jan. 25, 2010 that no firearms would be allowed to cross into Mexico for a case without his approval. The email also stated that if he ever approved such an operation, he'd make sure the weapons were "stopped on the Mexican side of the border." They'd never be allowed to "walk" or reach the streets.

Gil didn't know it but even as he wrote that email, ATF agents in Phoenix have told CBS News they were already letting traffickers move weapons to Mexican drug cartels without stopping them. The idea was apparently to see where the guns would end up and try to build a big case.

Faced with the flow of guns and the serial number evidence tracing to Phoenix, but locked out of the computer case files, Gil says he repeatedly questioned his supervisor in Washington. He says some of the conversations became screaming and shouting matches. He says he was instructed not to tell his Mexican counterparts about the case. Gil said he inquired, "when is this case gonna shut down? The Mexicans are gonna have a fit when they find out about it." Gil says he also noted "at some point, these guns are gonna end up killing either a government of Mexico official, a police officer or military folks, and then what are we gonna do?"

Gil is the second ATF agent to tell CBS News that he specifically warned of such an outcome. Agent John Dodson says he told his superiors in Phoenix much the same.

"I specifically asked one time, 'are you prepared to go to the funeral of a Border Patrol agent...are you prepared for that fact because it's only a matter of time before that happens," Dodson told CBS News.

That's exactly what happened. Two of the weapons, AK-47 variant assault rifles, were eventually found at the murder of Border Patrol Agent Brian Terry last December. Officials are looking into possible connections to the murder of Customs Agent Jaime Zapata in February.

Gil retired from ATF in December, in part over his objections to Fast and Furious and the way it was handled. He says he's speaking out because nobody else in charge has stepped up to explain that ATF agents in Mexico were never part of it. Yet they're now facing threats of prosecution from some Mexican politicians.

"The (Mexican) government's looking at (ATF agents) potentially bringing weapons into their country, which in many cases is an act of war." Gil says by not explaining that ATF agents in Mexico weren't part of Fast and Furious, ATF executives are putting the agents in danger. "They're leaving my guys out in Mexico alone, and they're not doing the right thing."