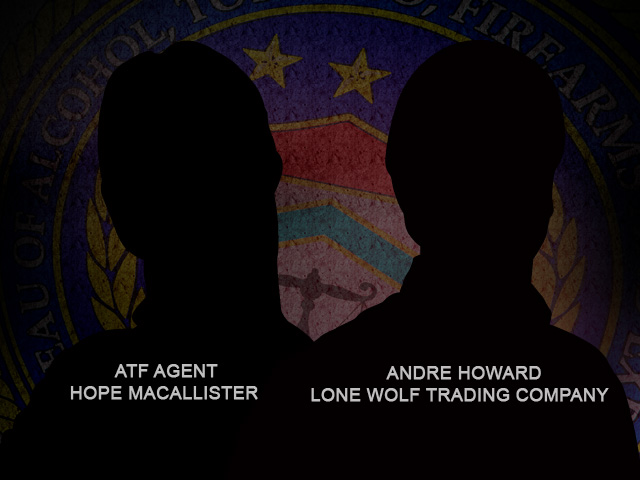 WASHINGTON - "Watch your back," the gun dealer warns the ATF Agent in an audio recording obtained by CBS News.

The secretly recorded conversations are between the primary gun dealer cooperating with ATF in its "Fast and Furious" operation, Andre Howard, and lead case ATF agent Hope MacAllister.

(Scroll down to hear the audio recordings)

As CBS News first reported last February, the Bureau of Alcohol, Tobacco, Firearms and Explosives allegedly allowed thousands of weapons to "walk" onto the streets without interdiction into the hands of suspected traffickers for Mexican drug cartels in its operation "Fast and Furious."

Read text of the audio excerpts below.

Dealer: Question: do your people have any confidence that you can forestall subpoena? Or is it still up in the air?

Agent: No, my understanding is person, the only people that can request a congressional hearing has to be a majority party. Grassley is a Republican.

Dealer: In the Senate right.

Dealer: Not on his own no but you know Leahy and rest of 'em these people are snakes, they'll do anything they can...

Agent: My understanding also is that the Attorney General's office is supposed to come out little bit stronger...um...

Dealer: I understand that.

Agent: position...which may or may not, um, you know, help.

Dealer: I'll tell you what I'll give him that, he's got f---ing b---s making that statement. I don't wanna even go there.

Dealer: Until something else happens they're not stupid, Hope, they connect the dots.

Agent: No and you know and all that's fine if Senator Grassley wants to come in and tell us show us how to work these cases more efficiently more effectively by all means.

Agent: So is Grassley though

Dealer: Chuck probably and I don't know a thing about him other than from somebody else I've heard seems to be just somebody who's hitching his wagon to any star to.. for his own aggrandizement.

Dealer: You know that. He's an arrogant

Dealer: individual. Look he's a United States senator there it is right there.

Agent: That's kind of what my suggestion but nobody thought that was funny like if I were a P.I. I'd put him on Grassley, I'm sure there's a lot would go away. Actually my one suggestion was just tell him in a registered Republican. I'm sure if he knew that everything would be fine, they didn't like that either.

Dealer: You gotta be, watch your back. I don't trust these people around you one bit. You've been very lucky so far.

Dealer: Hope, stay off the screen. You don' t need this sh--. Neither does your husband.

Agent: Believe me I have...

Agent: It's all, it's all public stuff I dont' care.

Dealer: Well don't even convey it in that. I'm sure you do. Hopefully this thing will subside...

Agent: You keep saying that but ?

Dealer: my a-- is up here and yours is here here but you're covered I'm out in the open