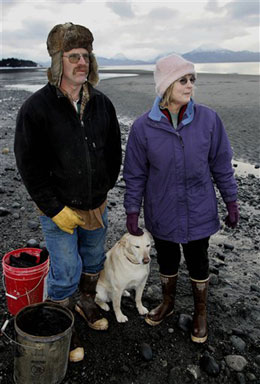 Even though San Diego relievers were having trouble finding the plate, Houston's Tony Eusebio didn't come to the plate looking for a walk with the game on the line.

Instead, Eusebio hit a two-run single in the seventh inning, which included four walks, as the Astros rallied for three runs to beat the Padres 4-3 Tuesday night.

" In that situation, you hit anything that's around the plate," Eusebio said. "You have an advantage. He might try to throw the fastball early. You don't let one get by and said, `Hey, that's the one that I wanted.' "

Eusebio put the Astros ahead with his single to center off Brian Boehringer, who had inherited a bases-loaded situation from Carlos Reyes with a 3-1 lead and no outs in the seventh. Boehringer struck out Tim Bogar but then walked Carl Everett to force in one run before Eusebio helped end the Padres' three-game winning streak.

"I just didn't get the job done," Boehringer said. "You can't afford a walk in that situation."

Reyes (2-2) gave up a leadoff single to Derek Bell, who went 2-for-4, and walked the next two batters on full counts. Another walk by Boehringer didn't figure in the scoring.

"It's so frustrating," Padres manager Bruce Bochy said. "The bullpen's been doing a good job. It seemed like they moved home plate that inning."

Shane Reynolds (6-3) went eight innings, giving up three runs and eight hits. Billy Wagner pitched the ninth for his 15th save, combining to set down the final 13 batters in a row.

Because of two days off recently for the Astros, it was the first start for Reynolds in seven days.

"That was a big part of me not being sharp early in the game," Reynolds said. "I just had a feeling, though, that if I kept us in the game, we would score. I've said that all year. Our offense and defense give us starting pitchers a lot of confidence."

Reynolds went to 4-0 in his last five starts. In that span, he has allowed only nine earned runs in 38 2-3 innings.

"We're not getting that much of a different reading in terms of miles per hour (on the radar gun)," said Astros manager Larry Dierker, referring to Reynolds' fastball, which registered in the upper 80's. "But it has a certain crisp look to it and he's working it pretty good on both sides of the plate."

Greg Vaughn hit his 18th home run of the season, matching his total for last year, to stake the Padres to a 3-0 lead on the first pitch in the fourth.

The Padres' Mark Langston went five innings in his second start since coming off a 34-game stay on the disabled list with a sore left elbow. He limited the Astros to one run despite giving up seven hits and three walks.

Jeff Bagwell hit his eight homer of the season, a solo shot in the fifth, tcut the Astros' deficit to 3-1. Earlier, Bagwell singled to snap out of a 1 for 14 slump.

The loss reduced the Padres' lead in the National League West to 1 ½ games over San Francisco. It's their smallest edge since April 8.

Tony Gwynn, who finished with two hits and one RBI, doubled for the sixth time in four games to help the Padres take a 1-0 lead in the first. The double advanced Steve Finley from first base to third, in position to score on Wally Joyner's sacrifice fly.

The Padres added another run in the third when Quilvio Veras drew a lead-off walk, went to third on a double by Finley and came home on an infield out.

Notes: Ken Caminiti was scratched from the Padres' lineup because of lower back spasms. His status is listed as day-to-day. ... Gwynn's first-inning double gave him sole possession of 34th place on the all-time major league list with 2,848 hits, breaking a tie with Brooks Robinson. ... Houston's Sean Berry left the game in the second inning after aggravating a bruised knuckle on his right hand, an injury first sustained in last weekend's series at Colorado. ... Vaughn has homered in the last 10 series for the Padres. ... The Astros are 9-3 in San Diego since 1996. ... Langston made 43 of his 93 pitches in the first two innings.