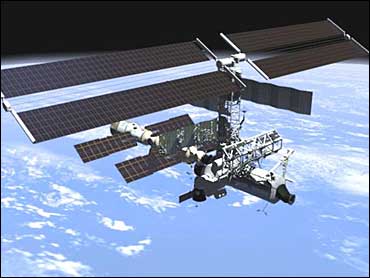 An unmanned Russian spaceship on a vital supply mission approached the international space station, preparing to dock Saturday with its cargo of food for the two-member U.S.-Russian crew, who have been forced to ration their dwindling supplies.

The Progress M-51 lifted off Friday from the remote Baikonur cosmodrome in the steppes of Kazakhstan and was set to moor at the station at 2:31 a.m. Moscow time Sunday (6:31 p.m. EST).

The spaceship carries about 2.5 tons of food, water, fuel and research equipment for Russian cosmonaut Salizhan Sharipov and U.S. astronaut Leroy Chiao, who are in their second month on the station.

Russian and American space officials were alarmed earlier this month to learn that the two had gone through so much food on the station.

NASA officials have said there was enough food to last seven to 14 days beyond Dec. 25, but warned that the crew will be forced to return to Earth if Progress doesn't successfully dock at the station.

The crew has already been ordered to cut back on meals because food is running short, and the ITAR-Tass news agency said that there was no turkey for Christmas dinner.

Officials at Russian Mission Control in Korolyov, just outside Moscow, sought to play down concerns, saying the crew has enough food for another month.

Russian Soyuz crew capsules and Progress cargo ships have been the only link to the space station since the U.S. shuttle fleet was grounded after the shuttle Columbia burned up on re-entry in February 2003, killing all seven astronauts aboard.

The Progress is also carrying Christmas presents for the crew from their families and friends, as well as scientific equipment, including a German-made robotic device.

NASA has said it plans to resume its shuttle program in May.